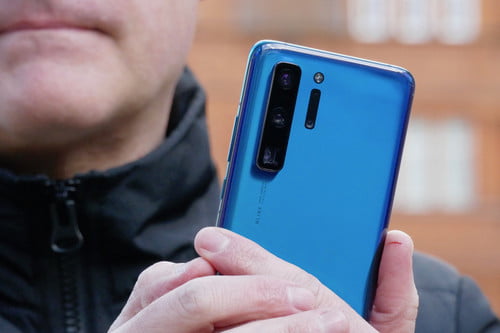 We already know quite a bit about the Huawei P40. We’ve seen many of the specs including the 120hz display and 52MP camera. Like other phones, we already pretty much know what to expect.

Now thanks to Digital Trends getting hands-on time and sharing images, we know even more. The images confirm for us that there is no headphone jack, USB-C is there which is a standard inclusion now. The expectation is that we’ll be looking at an in-screen fingerprint reader as there isn’t one visible in the images.

While the images are somewhat limited and supposedly taken with consent, they don’t show the screen or some other facets of the device. This includes the software which is now starting to get some traction in the media. The eagle-eyed among you will see the codename on the device. This is common in the early phases of production to identify prototype phones vs final production models.

It’s not entirely clear how many models we will definitely see in the P40 range, but we know there are several which is backed up by the Digital Trends article. The expect to see a P40 and a P40 Pro for sure with probably a Lite version and maybe even an ultra premium Pro version.

These images create as many questions as they answer

Based on the available information, it’s reasonable to expect that the pictured device is probably – if not, very close to – what we will see as the final P40 including the incredible camera array. Huawei has been one of the market leaders for mobile camera advancements for a few years now, perhaps the P40 camera range could help sell more units in the Western markets without Google onboard. We only have a few weeks to wait now until the device launches. After Chris’ look at the new Mate XS a couple of days ago, it appears Huawei has delivered high-quality hardware. The questions I have now is:

What does Huawei need to do, to be successful without Google services on their mobile devices?