Google Pixel devices have never been cutting edge when it comes to design. This year though, according to leaks and rumours we have seen so far they are at least “keeping up with the Joneses”. Overnight two photos of the upcoming mid-range handset from Google have appeared online showing its front and rear.

The front of the device shows off a very small punch hole display and some very small bezels — the smallest Google has ever made in my opinion. Gone are the bezels of last year’s mid-range Pixel 3a, replaced with tiny bezels and an extremely small punch hole in the display for the selfie camera. 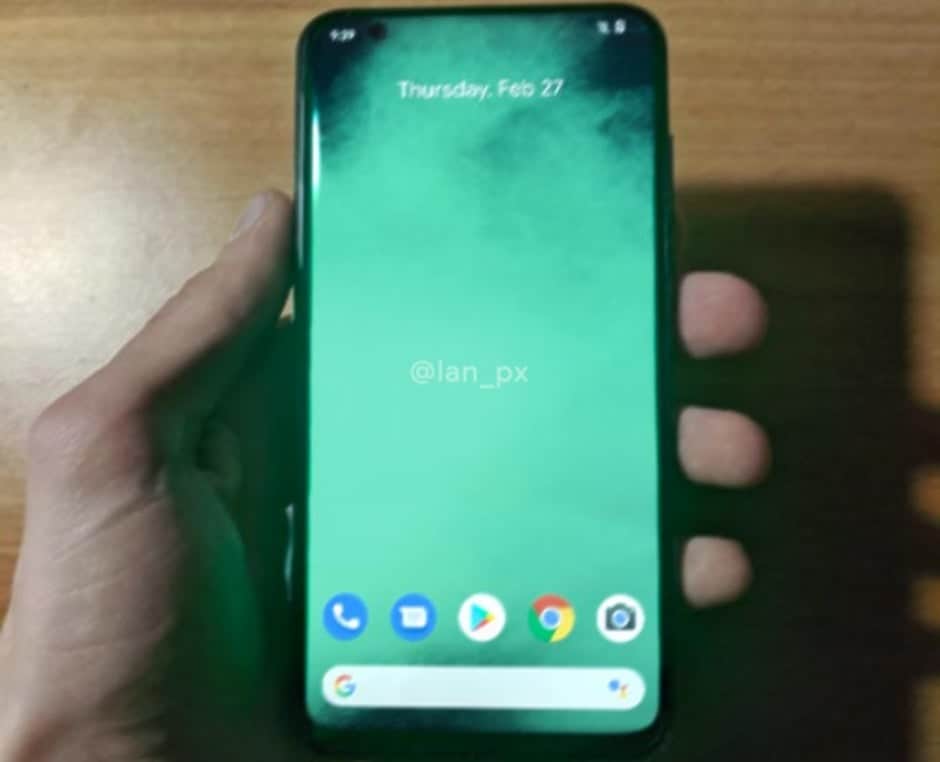 The punch hole is also located extremely superior on the display, basically up where it would have been if there was a bezel making the hole actually inside the status bar. This results in a display that looks entirely full screen and the hole effectively hidden away — and without any ugly bezels or notches. The rear also houses a camera module that looks suspiciously like the Pixel 4 camera module. This is obviously a design choice to keep it the same as it does not look like it is actually required as once again there is only a single sensor. This is most likely also a cost cutting measure and although Google are capable of some amazing computational photography with their single lens systems it is a strange decision to only put a single lens in there when many mid-range phones are now looking at triple and quad camera arrays.

Aside from what we can see the rest of the device is all guesswork and inferences but expect the mid-ranger to be running a mid-range Snapdragon chipset, possibly the SD730 although the 4a XL may carry the 5G-enabled SD765 according to sources. Expect maybe 4 or 6GB of RAM — remember there is only 6GB in the Pixel 4 and minimal amounts of storage given Google’s preference for cloud storage.

The device was slated to be released at Google I/O this year but as you would know by now, that has been cancelled so plans for its release are very much up in the air. Expect an online release live streamed is the most likely scenario. Stay tuned though as I’m sure much much more of this phone will leak in the next couple of months.