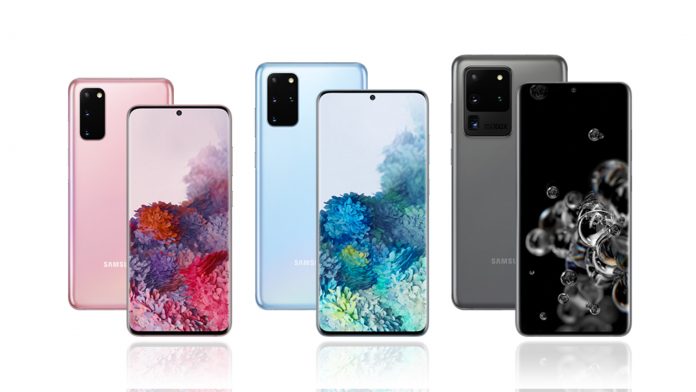 Samsung’s latest Galaxy S series is with us, and in its twelfth generation, the Galaxy S20 range offers something for everyone. From the diminutive Galaxy S20 to the giant Galaxy S20 Ultra, there’s a handset for every size, want and feature set, and here’s how to choose one for yourselves.

Samsung’s Galaxy S line is in its twelfth generation, not that you’d know it from the name – Samsung realigned the brand to line up with calendar years, hence S20 for 2020. In that time, the brand and the model lineup has gone through some change, and we’re now left with a pretty simple range of three handsets for 2020.

However, it’s not quite as simple as it might appear. The entry level Samsung Galaxy S20 has a couple of variants, as does the S20+ and S20 Ultra. There’s not a huge difference between the three handsets, but there are some – as well as the price.

Being more alike than ever, it’s important to know the difference between the three handsets – you might think you need the Samsung Galaxy S20 Ultra to get the best of everything, where the Galaxy S20+ might meet your needs.

As the specifications make clear, the biggest difference between the three handsets is in fact the size. The “smaller” Samsung Galaxy S20 has a 6.2-inch display, whereas the larger Samsung Galaxy S20 Ultra has a 6.9-inch display.Overall dimensions do not vary that much, though – despite having 0.7-in more, the Ultra variant is only slightly wider and taller than the smallest Galaxy S20.

Besides the screen size, though, all three models share the same screen technology, capable of 120 Hz refresh rates, quad HD+ resolution and a hole punch camera.

Inside, the range has a standard 12GB RAM; no longer is the base model hindered by a lack of storage or lack of RAM for applications. The Galaxy S20 Ultra has an option for 16GB RAM with the higher storage option, but really that’s the only difference here.

Storage wise, there is a 128GB model across the range, whereas the Galaxy S20+ and Galaxy S20 Ultra have a 512GB model option – a huge amount of storage for a mobile device (and in the era of cloud-connected services, completely unnecessary).

All three models in Australia are available in slightly-cheaper 4G-only models, while 5G options will have a slightly higher price, but 5G is available across the range.

The only other internal difference is the battery capacity, but the entry-level Galaxy S20 isn’t left behind – its 4,000 mAh battery is an excellent starting point, and the beefy 5,000 mAh battery in the Galaxy S20 Ultra is almost powerbank-like in its capacity.

It always used to be that, regardless of who made the phone, an entry-level model in a range was almost always left behind. No longer. Samsung has made sure that the Galaxy S20’s primary cameras match those in the higher end models.

Jumping to the Galaxy S20+, you get an extra fourth camera for depth sensing, but the primary cameras remain the same: a 12MP wide and 12MP ultra-wide camera and a 64MP telephoto lens. These cameras support 3X hybrid zoom and 30X software zoom.

Jump to the Galaxy S20 Ultra, though, and things get interesting – the primary wide-angle camera is swapped out for a 108MP camera, and the telephoto camera swapped for a 48MP sensor. This combination offers an incredible 100X zoom, and 10X hybrid-optical zoom.

While the 100X zoom isn’t going to produce the world’s best photos, the reality is people will use this zoom length to get closer to sports, landmarks and the like, probably somewhere between 30-70X zoom. Having the range gives options, and that’s what people want in a package.

In Australia, Samsung is giving us options – there are 4G-only and 5G options in each variant except for the Galaxy S20 Ultra, which is 5G only.

In the US, Samsung is going all the way with 5G, but here in Australia, both will be available – whether its because our 5G networks aren’t up to scratch, or they just aren’t in very many places, it’s not clear.

There is a slight price difference between the 4G and 5G models, but with 5G you get more RAM, too.

How are they priced?

Despite there being just three models, there’s a handful of variants, so the best way to understand the pricing is with a table:

Which one should you buy?

Which Samsung Galaxy S20 you choose will ultimately come down to personal preference, but there are some obvious points to think about:

In short, for me, I’d go the Galaxy S20 Ultra with 128GB storage for $1,999, because for me the camera technology makes the difference worthwhile.

For users less concerned about the bleeding edge of photography, I can’t go past recommending the entry-level Galaxy S20 for $1,349 – that’s an incredible price, and you get so much for it.

Serious question:
With the S20+ being 6.7 inches, and the S20 Ultra being 6.9 inches, when do we start calling these new devices ‘small tablets’, and stop calling them ‘phones’?
The first generations of Android tablets were 7 inch, and then there was the Nexus 7 tablet, and these phones are fast approaching the 7 inch mark. So where do the new big screen devices stop being phones, and start being tablets?

There was a $400 price gap, no 5G in Darwin and also will be upgrading to the Note 20 Ultra or whatever that will be.

S20 ultra is the only phone with a real telephoto lens. The s20 and s20+ have basically the same camera focus as the main camera and the zoom is all digital. Helped by the 48Mpixel camera but very misleading if not deceptive advertising from Samsung!

I agree on the 5G issue. There’s no point paying extra at this stage for a device that works with 5G until the coverage increases, which is only a moderate possibility in the next 18 months.

On the other hand having 5g does future proof the phone a tad, but to each his own.

Well, all things things considered with what you get in the package and the Hardware , it’s a pretty good phone imo.
Most of the cheaper phones are cheap for a reason.

Samsung hasn’t announced exactly which CPU mix will be going where.. Australian models are typically Exynos, whereas other markets use Snapdragon. I’d prefer Exynos tbh

Samsung sales chat confirmed to me that Australia is getting the Exynos version, which is disappointing

I don’t know that it will make much difference mate , from what I have seen the current exynos seems pretty fast, perhaps if gaming there might be some slight difference ?
I’m writing this on my old exynos powered note 9 which still works fine , and its probably at least 50% slower than the current models.