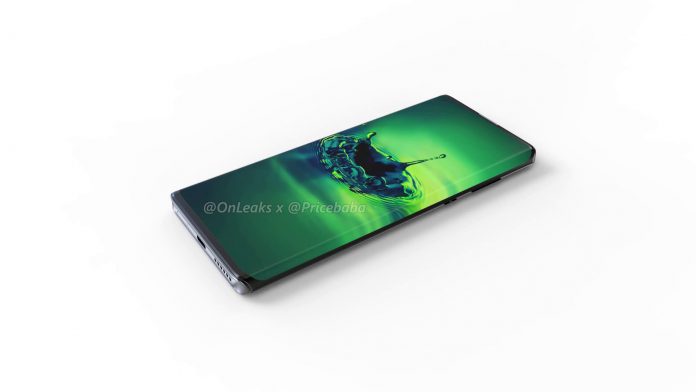 Like so many in the tech world, we love some good renders at Ausdroid. Thanks to Onleaks we’ve had an early look at the Motorola Edge+ which – on paper – has great potential to be special.

We don’t yet know the full specs of the device, as there’s not been much information released – officially or otherwise – just yet.

What we do know from the renders is that it’s likely to have a headphone jack, USB C and a triple rear camera system.

While the three-camera system does suggest that we’ll see some significant leaps forward for Motorola in this realm, we don’t yet know the specs.

According to Price Baba, there are some pretty solid specs to see even heavy users through a full day.

The leaks also revealed that the phone will boot Android 10 in its stock iteration, like all other Motorola offerings. It will be powered by a 5,170mAh battery, and given that it’s a flagship, fast charging is a given.

The Motorola Edge+ will also be the first smartphone from the brand to come with support for 5G networks.

Finally, we know that there is a 6.67-inch FHD+ curved display running at 90Hz high refresh rate. Given the high-end nature of the device, running anything shy of a Snapdragon 865 chipset as rumoured would be a disappointment.

Depending on your region, there may be some other variations in the final product delivery so stay tuned.