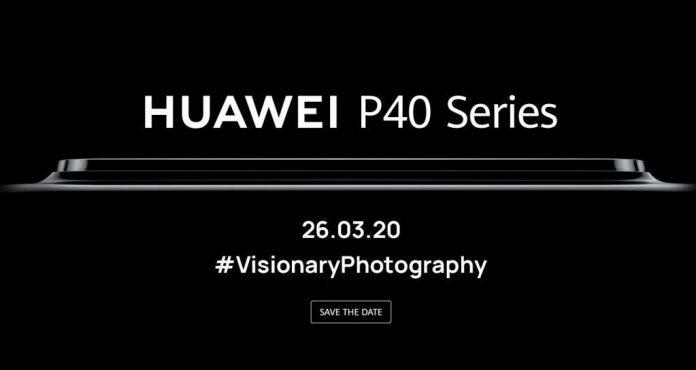 Huawei has double-confirmed the launch date for its next smartphone, with the P40 Series to launch on 26 March 2020 – just over two weeks away.

At this stage, we know there’s at least two variants coming, and if it’s anything like the previous P series devices, there’ll be a 3rd which may launch locally under the Nova branding rather than P series. Whether that trend continues this year – with Huawei’s Google troubles – remains to be seen.

We now also have some indication of pricing, with the series to start at EUR 999 through to EUR 1249 (which translates roughly to $1799 to $2199 locally). That entry-level variant will come with 8GB RAM and 128GB storage (the current standard, it seems, in smartphone inclusions) and will ramp up to 256GB for the middle pricing, and 512GB for the top end. 8GB RAM will, we understand, be standard across all three variants. Huawei had been rumoured to hold a launch event in Paris end of this month, but with the outbreak of coronavirus and growing casualties world-wide, the likelihood of a physical launch event with international attendees seems pretty slim – more likely we’ll see an online-only launch event which most other manufacturers seem to have recently adopted.