Home Mobiles Android OS and Updates Eyes open to unlock arrives for the Pixel 4 within the Android... 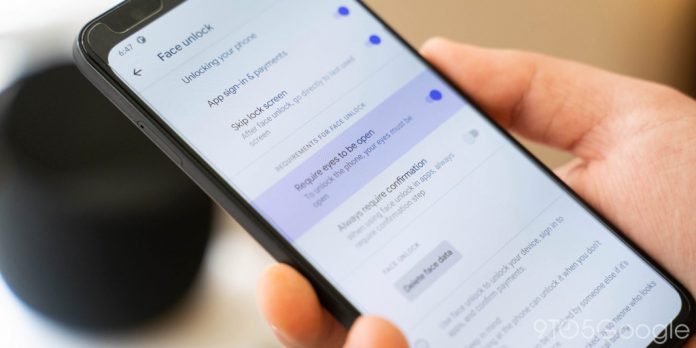 It wasn’t long after the Pixel 4 was released that a somewhat interesting decision was uncovered about face unlock. Specifically, users were not required to open their eyes to unlock the device. Google quickly responded to this noting that it would be addressed in a future update.

Our first glimpse of that was only a couple of weeks ago, but now we see the feature appear in the latest developer preview of Android 11. This gives developers and power users the chance to check it out before it goes to the wider Android community.

This is obviously great news for Pixel users as the Android 11 update will land on those devices first. Given history and the provided timeline we expect the first beta release with the final eyes open version to become available around the dates that Google I/O was scheduled.