Home News and Editorial Update rolls out to the Samsung Galaxy S20 Ultra with a fix... 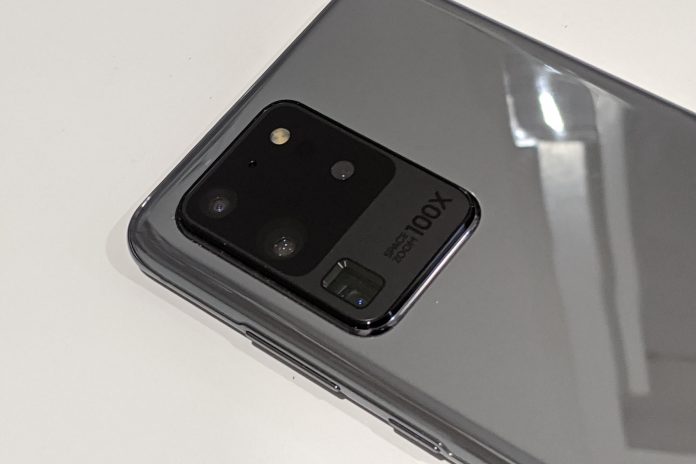 The Samsung Galaxy S20 Ultra has one hell of a camera module. It is so big it makes you think they packed a DSLR in there somewhere. Unfortunately, at this stage, it seems that size does not count as the images many users have produced have been lacking at times.

The main issue most (including us on the Ausdroid review unit) have had has been to do with the autofocus with the camera struggling to lock in one subjects, especially moving ones. Today’s update seems to fix these issues although you wouldn’t know from the changelog:

All the changelog states is improved performance for the camera and a security update to bring the March Android security patch to the S20 Ultra. There are apparently other improvements to performance but we are yet to notice anything just yet.

On the camera side though we are noticing a definite improvement in the focus of the camera module, locking in on subject a lot faster than it did previously. The new update brings the camera app version number to 10.0.01.98 which is definitely a new version.

At this stage the update is available for the International Exynos models. Given the importance of the camera to this phone we expect it to roll out world wide as soon as possible.

We did not get an OTA notification on our Galaxy S20 Ultra unit but refreshing the check for update in Settings app (Settings –> Software Update –> Download and Install) produced the update. At just 156MB its a quick update to download and install. If you have an international Galaxy S20 Ultra give it a shot and let us know what you think.

Does not fix as fo 1st April. Cannot focus on close up objects within 30cm.

Good to hear – though I’m not getting my pre-ordered S20 Ultra 512gig until 3 April I think it is (that specific variant was delayed) (and I know from his S20 review that Chris doesn’t approve of 512gig in a phone but, well, I has planz)