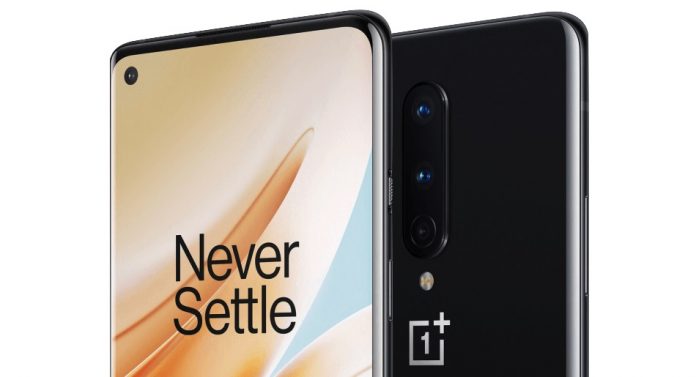 The OnePlus 8 smartphone series is expected to be announced on April 15 and with it being just a couple of weeks away it is hardly surprising that we are seeing various leaks most days. Today we have seen some new colours leak in offical-looking renders as well as the camera module details for the Pro version.

First up, Ishan Agarwal has once again posted a leak detailing the camera specs of the OnePlus 8 Pro. The rear camera module will apparently have dual 48MP lenses, an 8MP telephoto lens and a 5MP depth sensor.

The primary lens will be a Sony 48MP IMX689 sensor with f/1.78, the same lens as that found in the OPPO Find X2 Pro which supports omni-directional PDAF using Sony’s 2×2 On-Chip Lens solution. The second 48MP lens is a Sony IMX586 ultra-wide angle lens with f/2.2 and a 120 degree FOV. The 8MP telephoto lens will offer 3x optical zoom along with 30x digital zoom.

The software is apparently also improved from last year with a new night portrait mode, a new 3-HDR video setting and improved OIS and EIS. If the camera is as good as that in the Find X2 Pro then it will be one of the best smartphone cameras on the market — their ability to improve on their computational photography will determine that in the end.

The folks over at Winfuture.de have also managed to get their hands on some details of the upcoming OnePlus devices in the form of some official-looking renders. The renders show off three new colours for the OnePlus 8 (not the Pro) and show a basic black version (Onyx Black), a fairly bright green (Glacial Green) and a twilight Huawei type colour called Interstellar Glow.

The renders don’t give us any new details other than the colours but they do show us what to expect come April 15. While OnePlus are unlikely to release the OnePlus 8 (or the Pro) into Australia this year due to the current economic climate that doesn’t mean it will be that difficult to get hold of one. There are always plenty of third party grey-market importers willing to supply us with our OnePlus fix. For others you can also use mail forwarders such as Comgateway.

With the OnePlus 8 Pro set to be a beast of a phone I am looking at importing one — anyone else?