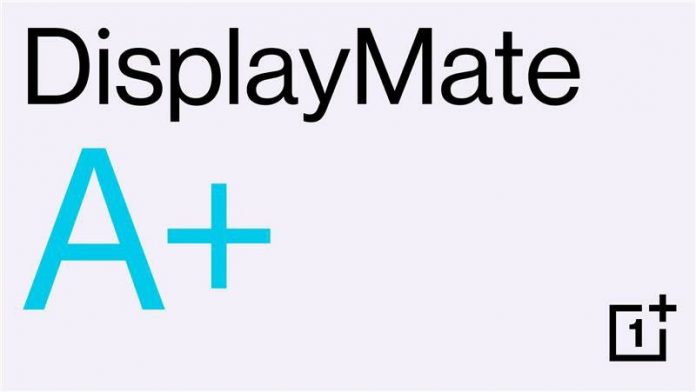 As we get closer to the launch of the OnePlus 8 the official leaks are starting to outnumber the unofficial one — and that is saying something given the number we are currently seeing. Overnight OnePlus revealed their score from DisplayMate (the equivalent for displays as to what DxOMark is for cameras).

OnePlus founder and CEO, Pete Lau, shared DisplayMate’s result for the display on the OnePlus 8 Pro — emphasising that it has broken 13 records, which we assume in this context all refer to the display quality.

The result is not surprising given that most ultra premium flagships these days end up with an A+ rating from DisplayMate (Samsung Galaxy S20 Ultra, Apple iPhone 11 Pro Max, and Oppo Find X2 Pro have also received an A+ from them) but this one is apparently more significant as some of the results of their testing put the display above every other display on the market — according to the above Tweet.

The OnePlus 8 Pro’s Fluid AMOLED display was first introduced to us in January and it had some amazing specs but no real world use to speak of. One of the features of the display was its MEMC support which is designed to improve the video playback by using “real-time algorithmic adjustments to insert additional frames to a video file, enabling something shot at 24 or 30fps to play at 60 or even 120fps.”

If this is correct MEMC will make all video playback a lot smoother — an example video of it can be seen here — but it was unclear which apps it would support. Pete Lau has elaborated further on Weibo as to which apps it actually supports and they include MX Player, VLC, YouTube, Prime Video, and Netflix.

The OnePlus 8 Pro is certainly shaping up to be their best ever smartphone with some amazing hardware and no doubt their usual top notch software. With the release in under two weeks now it we can’t wait to see what is teased or leaked next.