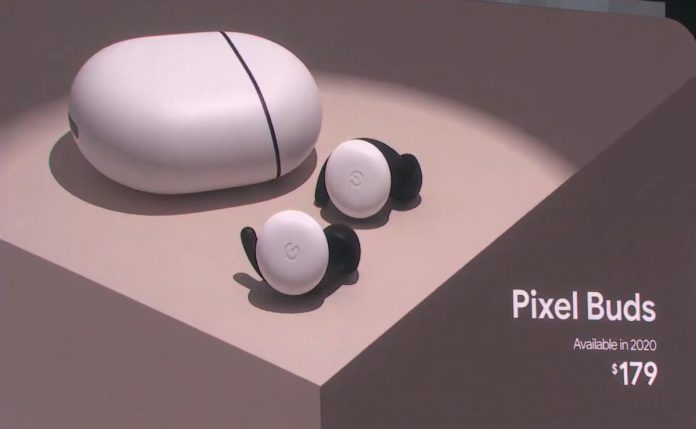 Just yesterday we reported on a showing of the new true wireless Google Pixel Buds showing up for pre-order on the Abt website in the US. People were actually able to place pre-orders and now emails are being sent out suggesting that the release could be as soon as the end of April.

Abt are now sending emails with shipping information out to those who pre-ordered the new earbuds. The company seem to be getting their information straight from Google and have stated a delivery timeframe in the emails sent to customers:

We are writing to keep you updated on the status of your pre-order for the Google Pixel Buds – GA01470-US. We have been informed by Google this new product is expected to be releases to arrival in our warehouse by end of April/early May. We are continuing to work with Google to receive this product as soon as possible. Once received we will promptly ship your order.

We all expected the Pixel Buds to arrive at the same time as the Pixel 4a, around the original Google I/O date — second week of May — but now it seems Google are bringing that date forward (assuming it was ever that late). It is possible that Google will also bring the date of the Pixel 4a release forward as well so they release at the same time.

With both products expected to be sold not just by the Google Store but also various online retailers it makes sense that they would release them both at the same time so users can purchase both at once should they wish to do so.

Australia has been included in the same timeframe as the US in recent years for all things Google so it is likely we will be this year as well. As for pricing with the US price set at US$179 we expect them to be around the AU$250 mark when they land here.

We look forward to bringing you not just all the latest information on these two Google releases but our thoughts on how they perform. Stay tuned as more information comes to hand.

I just hope we can at least order before the end of April. That’s when the Pixel cashback code expires.

Yep. I’m sitting on like $300 of Store credit and half of it expires at the end of April. It better come out before then.

Me
Reply to  Sam

I got mine extended to Dec 31st. Just emailed them from the support tab in settings in my pixel 4