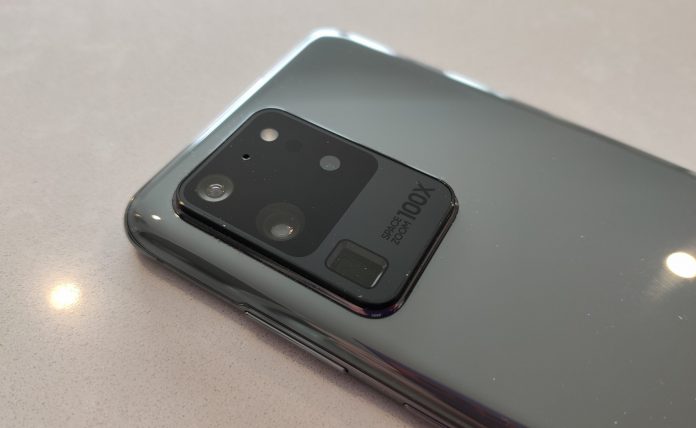 The Samsung Galaxy S20 Ultra has some amazing camera specs — so much so that you would expect it to be far and away better than every other smartphone camera out there. After a few weeks with the Galaxy S20 Ultra camera we can tell you that it is good but not the best available.

The camera bump on the Galaxy S20 Ultra is large. Not only are its X and Y dimensions large but it sticks out a long way. One can easily argue that the sheer specs of the lenses included require such a large module but then you have the argument “do you need specs such as these?”.

Inside the massive camera module is a 108MP main camera, a 48MP telephoto lens, a 12MP ultra-wide lens and a ToF module. The front camera doesn’t miss out on the numbers either, housing a 40MP lens with autofocus.

The problem with bigger lenses is that while they give a shallower depth of field for better subject isolation for bokeh photos they also have problems because of this. The problem is that the depth of field is so shallow that to focus on a specific structure can be more difficult. Samsung were hoping to fix this issue with software and although we have seen several software OTA updates already, it does seem to lack accuracy at times.

The cameras Samsung have thus included offer potential for some of the best photography ever seen in a smartphone. Samsung have included all the usual software in their camera app including a night mode, a live focus (bokeh), a super slow motion, a hyperlapse and the usual pro modes. Their inclusion that I quite like, and mostly because I’m not a very creative person, is Single Take.

Single Take is a new feature Samsung have included that allows the user to take a single photo (for 3 – 10 seconds) and the Samsung AI turns it into a variety of formats that it thinks best fits the resultant imagery. I’ve had the AI create black-and-white images, a short video or three, cropped images, bokeh/portrait pictures and ultrawide pictures.

The Camera app is very similar to every other camera app most manufacturers include. The basics are all at the bottom for quick shortcuts to the various modes — these shortcuts can be removed or added to to suit what you use the most.

Now when I first go this it was planned that I would be taking it on my European trip in June — afterall surely the specs and lenses included should make for some amazing photos. Unfortunately that trip is now postponed to next year (hopefully) but I have been able to take some decent shots with it before we went into lock down.

Let’s talk about the Space Zoom first — yes Samsung have called their 100x zoom Space Zoom. Having used a 50x zoom on the Reno 5G last year I knew sort of what to expect — trouble keeping your hand still to get a decent image. The Samsung coped quite will though, taking photos fast enough that the images presented minimal blur.

The images at 100x were definitely not detailed enough to get a top notch image. The result, due to most of the zoom being digital zoom, were lacking in the spatial resolution required to get a decent image. 30x was about the limit before it got fairly useless.

The ability to use that zoom though was nice to have — from ultrawide to a large zoom the possibilities are endless.

Night mode was good but not great. Having become used to the Google Pixel 4 night mode the Samsung version was lacking. It sits on about par with other night modes I have tried that did not belong to Google. As you can see in the pictures below the Samsung Galaxy S20 Ultra night mode used a lot of post-processing making their images seem less life-like. Some of the images with some various ambient lighting though were very impressive.

For standard pictures, which is where most people will spend most of their time playing, the images are very processed. Decent light pictures are good but so they should be for a phone this expensive. Noise is very minimal in most situations, mostly due to Samsung’s over-processing no doubt.

The colours are decent and seem to pop — and does it really matter if it is post-processing or not, as long as the image is life-like? As for the focus it was hit and miss — mostly for small structures that were moving. With a small puppy it struggled but that thing was whipping around so much I dare say a lot of cameras would struggle.

Most of the time it seemed to focus alright — but only alright. The times it didn’t work well it just seemed fuzzy in the viewfinder and tapping on the object a few times eventually got it to focus correctly.

Selfies are really good quality though — for a 40MP lens you would expect them to be and they do not let you down.

In the end I think that the results were really good, just inconsistent — and that is somewhere where Samsung need to improve the camera in the Ultra. It’s autofocus is still inconsistent, although the updates it has received since release have improved it and point to a bright future. The post-processing seems to be a bit aggressive as well but that may be something you are used to and not affect you at all.

The Samsung Galaxy S20 Ultra has some pretty amazing camera hardware. Unfortunately, at this stage, their software does not match. In saying that that does not mean that they cannot improve it in the future. I dare say that’s why we haven’t seen a DxOMark score just yet — they are looking to get the software to an improved level before exposing it to that scrutiny.

The improvements they have made so far have been good and Samsung are normally quite good at improving their camera software — hopefully they continue to improve the Galaxy S20 Ultra camera results. It is a very good camera at this stage but has the potential to be great.

A week into having the Ultra I totally agree – the camera experience is strangely…unbalanced. It’s fine, but particularly when zooming in to pics the borders between the different shapes are a bit fuzzy. Tbh it only seems a slight improvement so far on my S8+ (which it must be said has a great camera). I’m expecting it will improve with software. Oh, and in its defence – when you take a city night shot it captures the faint stars in the background sky!