Home News and Editorial BrailleNote Touch 32 Plus Review — $7495.00 Android tablet that’s worth every... Let’s hit the obvious as a starting point, the price is not a typo – this is a $7495.00 Android tablet but it is something pretty special. While it is for a relatively small target audience, what it offers to a lot of users – bringing a new dimension to online life – is priceless.

Most readers will know that my family has endured a pretty horrendous time through 2013 – 2015 with our oldest child Alex being diagnosed with a cancerous brain tumour. That tumour left him blind, and the treatment for cancer left him with significant hearing damage. The damage to his hearing through treatment was so extensive (along with some other factors) that he now has a cochlear implant to overcome his hearing challenges.

One of the other challenges we’ve faced is how to get our son Alex engaged – not with reading and literature, but the online world. Enter the BrailleNote Touch 32 Plus.

I say this, not for pity but because this leads into what the BrailleNote Touch is, it’s essentially a tablet or perhaps laptop for blind users. More specifically, it’s an Android tablet with a Braille output display, Braille input keyboard and a touchscreen as well.

Make no mistake on this one, it’s not a tablet you’ll even look at unless you have a very specific need for it.

For those less familiar, Braille is a system that enables blind and visually impaired people to read and write through touch. It was devised by – and named for – Louis Braille in 1821 and consists of raised dots arranged in “cells.” A cell is made up of six dots that fit under the fingertips, arranged in two columns of three dots each.

It’s a chunky little beast, weighing in at 900 grams without the protective cover on it and measures a whopping 2.06cm high, 16.2cm deep and 24.4 cm wide. Underneath the Braille Keyboard is a 9-inch touchscreen which serves two purposes:

The device runs on Android 8.1 Oreo that runs exceedingly well on the SD820 processor, but in fairness, it’s not doing video output most of the time. You’ll have 64GB of storage and 4GB of RAM to play with which, again – for what it’s doing – is sufficient for performance needs, but if storage becomes short there is an SD expansion slot.

The list of connectivity is acceptable, but far from top specs. There’s Bluetooth 4.2, GPS and 802.11ac Wi-Fi. The internal speakers are frankly, nothing special and the built-in mic is adequate for calls via Skype, Messenger or other apps of similar ilk.

A feature that somewhat shows me they’re serious about this being an investment device is the USB C connection for charging and data transfers. Unfortunately, although the battery is a great capacity at 5100mAh charging takes a very long time. The provided charger only supplies 1.5A so it’s pretty slow but the battery will last well for a day of consistent use.

Other – somewhat incidental connections – that are available include:

The other hardware feature that deserves a mention is the rear-facing, 21MP camera. When I realised this was there, I tried it out and it’s not great but one of the intents of this – other than the obvious – is to take photos of/scan documents and allow the users to zoom in to read the document in question.

Who is it for?

Clearly this isn’t for everyone, it’s an Android tablet aimed at a relative niche market of users with vision impairment. It’s not a performance device, it’s not got a 4K screen for media feedback and it’s not going to interest a lot of users.

This is a tablet with a very specific target market and that’s largely where the cost comes from, $7495.00 is an insane cost, particularly when you find out the protective carry case for it costs a further $270.00

Given my ability to read Braille is pretty low, I thought I’d get input from the two users of BrailleNote devices I have the most contact with to help me out with this. My son Alex and one of his friends from school who also has total vision loss, Shianne.

Let’s start with the positives, and I’ll note (out of interest and the show of functionality) that these notes from Shianne came via a shared Google doc.

The BrailleNote is a device that can be used for many things. I use the BrailleNote most for working online. When I’m online I borrow books from multiple online libraries and I can also access Google Assistant when online.

The BrailleNote works very well with Google, and I was able to set up my own Google Account. So I can now email thanks to the BrailleNote. I can not only use it for (access to) Google (services) but for many other things as well.

The BrailleNote Touch has opened up a whole new accessible world for me and others I know.

Alex’s highlights with regard to the BrailleNote aren’t quite as comprehensive, he’s not had the device as long as Shianne and she is more advanced with her language skills than he is as well.

I like it because it’s my very own BrailleNote. I like using my BrailleNote to send emails to my friends and family and I also like reading my emails.

It’s nice to be able to talk to them on the BrailleNote when we can’t go to see them.

What I love seeing from a tool like the BrailleNote is the independence and engagement it offers people with vision difficulties. From a young child learning to navigate the online world to young adults and adults looking to increase their general presence in the online and literary world.

While my direct use of the BrailleNote is pretty limited, I’d like the touch screen to be turned on to full touch function when the Braille keyboard is lifted. This would allow me to assist my boy in navigating the menu system far easier – in fairness, I am not a target user for this device – so what do I know?

So, back to the experts for some comment on the BrailleNote potential improvements.

There aren’t very many criticisms that I have against the BrailleNote.

If I could change something about the BrailleNote, it would be the fact that I have to calibrate the screen every time I want to type on it. For example The way I would like it is if I could just lift up the keyboard on the BrailleNote and then start typing on the visual display straight away.

I also wish that when I access the KNFB Reader app that there was a beeping sound when the BrailleNote could recognise text. For example: If I was reading a restaurant using KNFB Reader, and I was holding the camera above the menu, I wish the BrailleNote could make a beeping sound to indicate that my camera was lined up with the text properly to allow me to get a good image of the text.

For those unaware of KNFB reader, it’s a text to speech app that can read documents – including menus – to the user. 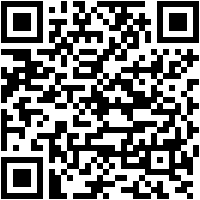 Alex’s list of wants from the BrailleNote was significantly less, the biggest complaint was that the battery often goes flat at inconvenient times. Welcome to the world of mobile, son…

The really short answer is no, you probably shouldn’t buy one. Who wants to spend nearly 8 grand on a tablet and carry case unless they need to?

Unless you have the very specific – and obvious – need to use one of these due to a vision impairment, then no – it’s not going to do you any real good. In fact, aside from being able to honestly say your tablet costs and weighs a lot more than your friend’s device, this is going to give you no bonus at all.

The BrailleNote isn’t a powerhouse tablet, but it does a very specific and important job for people that need one. The Braille display has me in awe every time I sit with my son while he’s using it and I’m so thankful for the world we live in where people with disabilities can be afforded the same opportunities and – for the most part – access to privileges like the Internet.

Yes, it’s $7495 and that’s really expensive but I assure you… if you need one for independence, communication or other online needs then it’s worth every cent.

This was a self purchased item that Phil reviewed out of interest for the Android platform and accessiblity.

For smart phones to be worth $1800, and really not used to capacity. This tool allows huge potential in users where it would otherwise be missed. Technology for the better, bloody amazing! Its a shame the market isn’t there to drive cost down, but worth so much more regardless.
Experienced this tech in action, it was eye opening for a sighted person, Alex will go far with this Tech in his hands.

It was interesting reading a review of a braille tablet written by a sighted person. I understand that your specialty is Android and so you were evaluating the product from that lens, and that your user is a child so he has not been using assistive technology for very long. As a 45-year-old blind professional, one thing I can tell you is that AT habitually tends to lag behind mainstream technology. For example, I remember when we would have to wait a year or more to get access to the latest version of Windows while the screen reader manufacturers caught… Read more »

Wow, what amazing piece big technology. Does the government plan on subsidising the purchase of these?

The NDIS does subsidise/pay for the depending on identified need. We were lucky to have a lot of the cost covered.