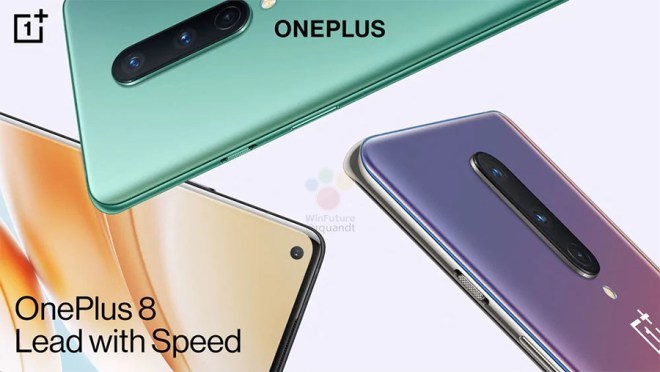 Let’s face it. These days it is near impossible to keep the details of an upcoming device under wraps for an extended period of time — especially when the world expects you to release said device at a particular time each and every year.

One Plus is one such company and each year, give or take a month or so, they release their first flagship for the year around this time. Although they tend to drip feed their own teasers the tech world has had other ideas and have found a veritable mountain of information on the upcoming devices.

Over the weekend one more leak has occurred which reveal not so much anything to do with the hardware but about how it will look and items included. With around 18 hours until launch time (midnight AEST) Evan Blass has revealed a few tidbits that were previously unknown.

One thing revealed was that OnePlus 8 customers will be able to receive three months of free Google One storage which is a nice bonus but for only three months is neither here nor there to be honest — it is also unclear if you can tack this onto a subscription or whether it requires the account ot be a new subscription only.

Evan also revealed some of the new cases that will be available through their new partnership with artist André Saraiva. The cases are bright, colourful and fun cases featuring André’s Mr A character — I could actually see myself using one of these. Of course that wasn’t it with Evan sharing the full kit users will receive who purchase from one of the new online pop-up stores. The kti includes the phone itself (der), a couple of cases, a set of their new Bullets wireless headphones and a special box just for the pop-up stores.

The phone is already in the hands of some of the bigger tech reviewers with MKBHD showing off his OnePlus 8 Pro — sort of — in some form of case that basically hides the rear of it and the forehead as well. He shows the display settings as well as the super fast fingerprint sensor — take a look for yourself:

With Ausdroid’s review device winging its way to us as we speak and the launch tonight stay tuned to Ausdroid to hear our thoughts on not just the launch and the best parts of it but how the device handles in the limited 5G world of Australia.

As you are getting the review device, any chance we will see an Australian release?