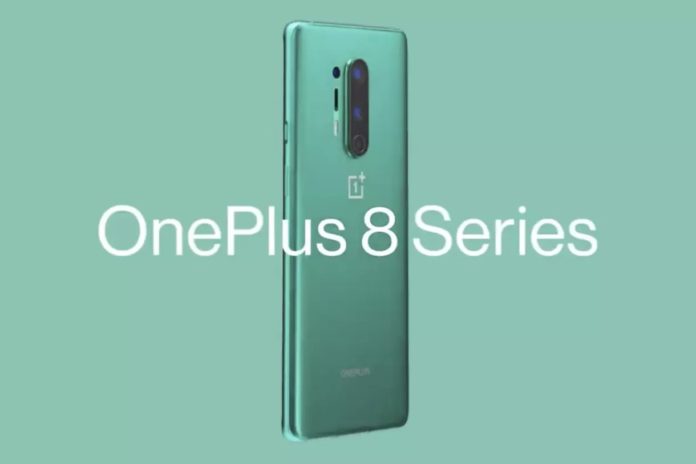 OnePlus have always been good at hyping their products prior to a launch. this year has been no exception so when they took to the stage last night to reveal the new OnePlus 8 flagship smartphones there was a lot of excitement, but little surprises.

They announced two new flagship smartphones, the OnePlus 8 and the OnePlus 8 Pro, along with a couple of accessories, the Bullets Wireless Z headphones and the Warp Wireless Charger. Between the two smartphones there are small differences with each obviously hitting a different price point. As such the ultra premium device, the OnePlus 8 Pro, stands out for everything it has, because it sure as hell is not missing much if anything. The Pro version is a cut above the plain old OnePlus 8 with its specs set to match even the best ultra-premium flagship smartphones on the market.

There is the requisite Snapdragon 865 with 5G supports, a whopping 8 or 12GB of LPDDR5 RAM and 128 or 256GB of UFS3.0 storage. The display is an industry leading next level display with the 6.78-inch 2k display supporting 120Hz refresh rate, a 240Hz sampling rate while offering 1300nit peak brightness, a JCND of just 0.4, MEMC fluid m,otion, HDR10+ support, automatic colour temperature and an auto brightness controlled by sensors on the front and rear of the device. There is a small 3.8mm cutout in the display for the front-facing selfie camera.

The rear camera is a decent quad camera setup with a 48MP Sony IMX689 main sensor a 48MP Sony IMX586 120 degree ultrawide lens, an 8MP telephoto lens capable of 3x optical zoom and 30x digital zoom and a 5MP colour filter. There is PDAF, Laser AF, OIS and EIS all incorporated resulting in a high quality camera setup — the proof will be in the pudding once reviews start hitting the Internet and we can see just how far OnePlus have come with their camera software to match the hardware.

Security-wise there is an in-display fingerprint sensor along with the not-so-secure face unlock. With support for Bluetooth 5.1, NFC, Wi-Fi 6, dual nano-SIM and a new IP68 waterproof rating it does not seem to be lacking anything at all. The phone is not small by any stretch of the imagination measuring a couple of millimetres taller and a millimetre or two thinner than last year’s corresponding flagship device.

Battery-wise it promises to be a beast with a 4,510mAh battery with once again 30W Warp Charge 30T — which is a tad disappointing given they’ve had this speed for quite a while and other manufacturers are bumping their speeds to over this now. Wirelessly though it can also charge at 30W (using the OnePlus wireless charger) and supports 3W reverse wireless charging.

As for the software, OxygenOS has had over 280 new optimisations to take their “smoothness to the next level”. It will also be Alexa-ready and OnePlus have worked with the team at Amazon to get it as incorporated as possible — just download the app to get started.

The OnePlus 8 Pro will be available in Onyx Black (Glossy), Glacial Green (Matte), Ultramarine Blue (Matte) colours and retail for US$899 for the 8GB/128GB version and US$999 for the 12GB/256GB version — available at OnePlus.com, Amazon.com, Verizon and T-mobile from April 29 and from April 21 in Europe from various retailers there. Unfortunately it will not sell directly here in Australia but the usual grey market importers will have it in stock before too long or you could always try using your favourite mail forwarder to purchase it.

The garden variety OnePlus 8 is a minor step down from the Pro version, and it priced to hit the upper end of the mid range — or maybe the lower end of the high end.

The phone itself is still packed with some impressive specs. It has the same chipset as the OnePlus 8 Pro (SD865) but the 8 or 12GB of RAM is LPDDR4X instead of LPDDR5 RAM. The same storage from the Pro version is in the 8 with UFS3.0 storage.

The display is a 6.55-inch 1080P 90Hz Fluid AMOLED display, similar to the display in the 7T late last year. The camera is a step down as well with the triple rear camera including a 48MP Sony IMX586, a 16MP ultrawide lens and a 2MP macro lens with PDAF. The front-facing lens is the same as that in the Pro version, a 16MP Sony IMX471 housed within a circular display cutout.

The OnePlus 8 will only receive a 4,300mAh battery and while it will support 30W Warp Charge 30T it will not support wireless charging of any sort.

The OnePlus 8 is the more budget oriented version and will cost US$699 for the 8GB/128GB version and US$799 for the 12GB/256GB version. Colours available include Onyx Black (Glossy), Glacial Green (Matte) and Interstellar Glow (Glossy).

Of course the other things announced were of no surprise to those of us who have been following the OnePlus 2020 freight train but for those new to the bandwagon the accessories announced were new cases, new Bullets Wireless Z headphones and a Warp Charge 30 wireless charger.

The Bullets Wireless Z headphones will be available in black, blue, mint or oat and will cost US$49.95

Warp Charge 30 Wireless charger
The wireless charger was leaked by Evan Blass a week or so ago and although OnePlus took great pleasure in presenting the new charger to the world last week there was barely a mention of it in the launch.

Last week we were told the wireless charging stand includes a fan to aid cooling — but includes a night mode to switch the fan off (and thus lower charging speed) at night to prevent the noise from it keeping you awake. At full speed though it can charge the OnePlus 8 Pro from 3 percent to 50 percent in just 30 minutes.

The charging stand is expected to cost US$79.95 with a pad version costing US$69.95 but there is no idea just when it will be available.

Cases
OnePlus have always had their black sandstone case which users love. This year they are expanding that line to include cyan and smoky purple colour sandstone cases.

As leaked yesterday they also announced new colourful cases available through their new partnership with artist André Saraiva. The cases are bright, colourful and fun cases featuring André’s Mr A character. There are three cases with a limited edition run of just 10,000 and each case comes with an NFC card to give you “surprises” — a Mr A wallpaper to match the case perhaps?

OnePlus have gone from strength to strength in the past few years and look set to be doing more of the same this year. The OnePlus 8 Pro looks to be able to compete with the best ultra-premium smartphones while the OnePlus 8 should be comparable to many mid to high end smartphones. We hope to have one of them on the review bench in the next week or so and look forward to bringing our thoughts on them to you.

I am very keen on getting a OP8Pro but am concerned about VoLTE and VoWIFI calling compatibility.

I really need my phone to make, calls… This is crucial for my business.

Any thoughts? Is this something you can look at in your testing?

So, I’m going to answer my own question here. I’ve currently got a OP3T. Fine phone except call quality is poor. I’ve noticed even when I have solid 4G reception, when I make a call I immediately drop to 3G then H+. When I hang up straight back to 4G. I think this is due to lack of VoLTE.

My gut feeling is that this will be the case with the OP8 too.

Please, someone tell me I’m wrong or there is a reliable workaround.

I currently have VoLTE and VoWIFI working great on my OP6, it also works on OP7/T so I don’t see what would change

I looked at a few reviews of the one plus,
one item I have not seen mentioned is warranty,
maybe I missed it, just wondering if you guys have seen any mention of it
????

The one plus 8 looks ok , any ideas on what sort warranty one plus devices usually have ?
I would possibly give one a try , as long as they are not grey imports .
One thing i would say , and that is , it is a bit of a pity they went with the curved display , not that i hate curved screens (i have 3 phones with them ) , but flat screens are just nicer to use imo .

If it was being sold here in retail stores I may well have been tempted to get this but having to import such an expensive phone and or get from a grey market importer does not sound like it will be very fun. I guess I will have to keep waiting for the other Chinese brands to finally bring their flagships to our shores as I am not very impressed with what Samsung is offering. Also, who would buy a Huawei without Google apps?

Yeah , im not a fan of grey imports either mate , i am actually a bit of samsung boy historically , and in all honesty i do think the sammy bashing may be a bit over the top currently (even if some is a tad deserved in some ways currently ) , and some owners say they absolutely love the current models , i still think the S20 variants are very good devices despite some failings in certain areas . Having said that , my gripe with sammy is more on principle , and that is that if i… Read more »

At least it has recovered a bit the last few days and could maybe get back to 70c+ if we can get over this virus stuff sooner than other countries.

I loved the original OnePlus phone and wish I’d never sold it. OnePlus along with Google have lost their way with prices like this. Hopefully Google release a more budget friendly Pixel 5 and beat OnePlus at their own game. At those prices I’ll stick with my S20 plus 5G which I picked up for around $1150 from the Aust Government Samsung store.

Will these even sell?

Yeah, they are for sure but it would seem that is the trend that all flagships are becoming more and more expensive. I guess better bigger cameras and processors etc cost more to make and so they need or feel justified to charge more for them