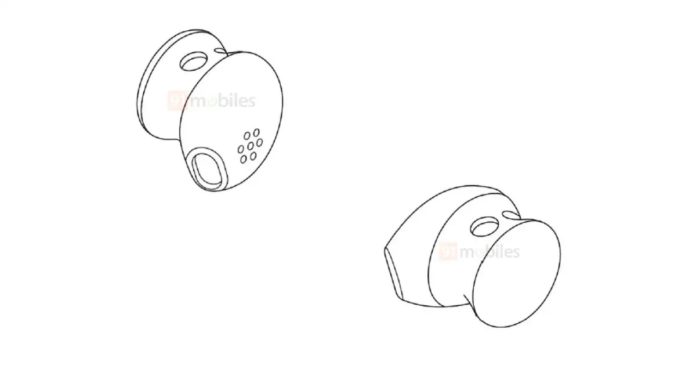 Last year at the Made By Google event the second generation Pixel Buds were announced with a release date of 2020. At the time it was unclear just when in 2020 but as time has gone on and we have seen leak after leak it looks like they will be released alongside the Pixel 4a in just a few weeks time.

91Mobiles have gotten their hands on what appears to be patent application sketches of the third generation Pixel Buds. A new patent filed by Google with the China National Intellectual Property Administration (CNIPA) shows off a different design for the Pixel Buds.

The Buds, according to the images, will be smaller than what we expect generation two to be in a few weeks time. Along with the smaller size there will be no more fins to hold the Buds in place. It is suspected that the design of them will be very similar to generation one without the cable connecting the two buds.

Of course we do not expect to see them this year with this time next year being a possibility — although given the timeframe for the first to second generation it would be surprising for them to release a third generation just a year later.

It is good to see Google continuing to develop and operate in this space and although there are already a lot of manufacturers with true wireless headphones you can be sure the Google versions will have some Google software magic up their sleeves.

The second generation Pixel Buds are set to be released in a few weeks time and we look forward to checking them out. Google will certainly have some cool Android integration with them — we just hope they sound great.

I own the pixel xl 3 and i have to say these are the worst head phones I’ve ever owned. Nobody can understand me, they are terribly uncomfortable and the block out zero noise. It’s almost asif they were only made for looks. Great phone, but downright $2 headphones.

They haven’t come out yet @dion. What are you talking about?