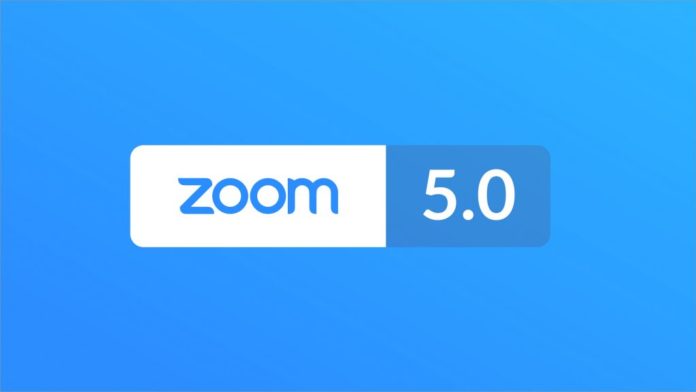 Zoom’s popularity have blown through the roof in the past couple of months but unfortunately for them the increase in users has also resulted in bugs and issues being amplified. They are addressing these issues publicly and privately issuing statements to say they are working on patching any holes. Today they have updated their app to address some of the concerns users are having.

With the new 5.0 update Zoom have a new security icon which is where you will find Zoom’s security features. It allows for quick access to all the security to allow hosts to quickly adjust security on the fly. The ability to lock meetings, remove participants, restrict screen sharing and chatting in meetings are all found here.

Along with this new icon/menu item, Zoom now enables passwords for meeting access by default with the password complexity set by the administrators for the business. The waiting room feature is now also on by default for basic, single-licence Pro and education accounts — their “default” settings were often where the issues stemmed from. This way you can hold new users in the virtual room and vet them before allowing them access to the meeting.

Not happy to settle there Zoom are also improving and upgrading its encryption to the AES 256-bit GCM encryption standard which is not end-to-end encryption but an improvement nonetheless.

Zoom have promised to implement feature freeze for 90 days while they work on fixing these issues and this is the first rollout with some of the fixes required. They seem to be decent fixes but they should not stop there — security should be an ongoing implementation. If you want to check out all the new features head on over to the Zoom blog where they list every single one.

Hopefully, for Zoom, these new fixes appease IT admins at the various businesses and schools who have been hesitant to trust Zoom to run meetings securely. I look forward to testing it out next week — I may have to just randomly boot a student out just to test out that feature.