Back in December we learned that Wunderlist was going to sunset in favour of Microsoft’s To Do app. As that time comes rapidly closer, there is likely to be some refugees looking for a new tasklist manager.

The obvious choice for these users is the Microsoft To Do app, but keep in mind that if you’re taking on a new workflow – there are plenty of options around.

Todoist: Our weapon of choice at Ausdroid because it’s so versatile. It has a web interface, Mac, Windows, iOS and of course Android options. Recurring tasks, setting reminders prior to due dates and integration into a number of other productivity apps is no issue at all.

Any.do: Is a more broad planner and task list manager. This makes it possibly one of the more versatile options for integration with communication apps — allowing a host of collaboration options to users — like Gmail, WhatsApp and Slack as well as some of the more mainstream data sharing options. 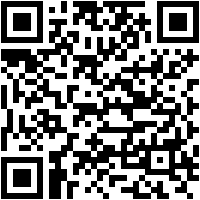 Google Tasks: Has been around for a long time, but in a very simple form and quite poorly integrated into Gmail. It wasn’t until the last two years or so where the Tasks app was released making it a very functional and free option for users. Like the other options listed above, you can put together task lists, sub tasks and set appropriate due dates for your work. It’s just not anywhere near as comprehensive with the third party integrations and capabilities as the others but hey… it’s free!

This list is far from exhaustive, there are plenty more options on the Play Store. That includes Taskade which we took a quick look at last week, the takeaway from this is that it’s always worth checking the options before committing to the first one presented to you.

What productivity tools do you use that you would recommend to others?

Only tried any.do on the list. It’s okay, but not exactly the best alternative for Wunderlist. They are still lacking in a few features, and they don’t sync well. Other apps such as Trello, Quire , and Asana are more suitable.
If you’re looking for a free alternative of Wunderlist, then I recommend Quire. They are similar to Wunderlist, with quick syncing, clear interface, priorities, and notifications…etc Trello and Asana have free versions, but the better features are only included in the premium version.

if you’re a wunderlist person you really HAVE to try ticktick, i try todo apps (far too) obsessively and it’s the only one that seems to have all of wunderlist’s features and more.