It has been a long time since Google has launched a new Android TV device and reports have been circling for a while suggesting that another is on the way. A rumoured TV dongle’s remote control showed up on the FCC website but we have not seen any other images of it until now.

XDA Developers have managed to get their hands on some renders as well as screenshots of the new device and the new interface it ushers in for Android TV. 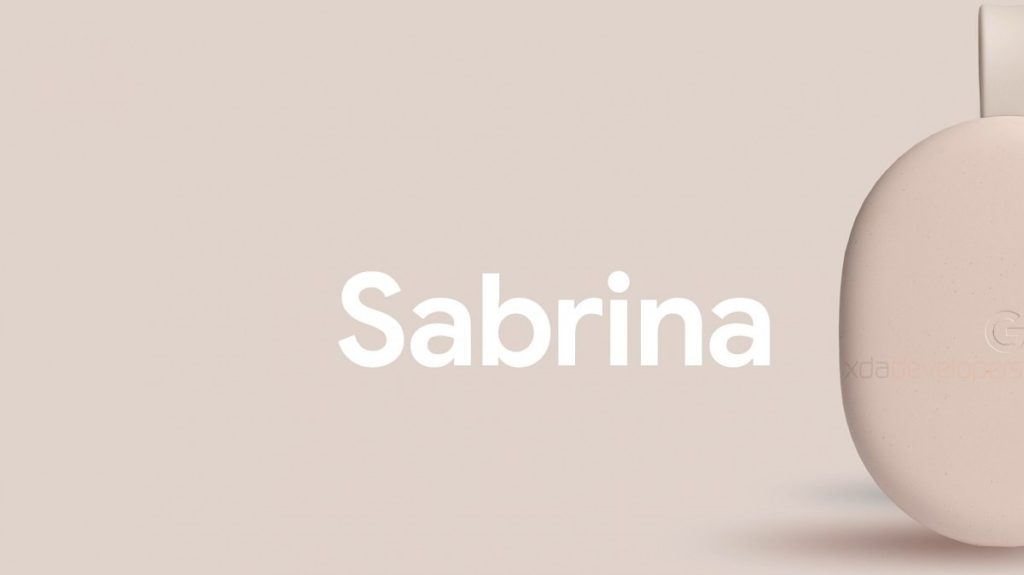 The new device, code-named Sabrina (the teenage witch?), is an oblong-shaped device which looks to plug into the HDMI port of your TV. It seems set to arrive in three different colours — black, white and light pink (not pink?).

As for the dedicated remote control that arrives with the Android TV device there are no dedicated images of it although there is a promotional image showing the top half of the remote showing the navigation circle at the top and a back button underneath that, next to a highlighted Google Assistant button. The remote is white in the image shown but it is expected to come in the same colours as the Android TV dongle. XDA Developers have also shown off screenshots of the new UI from a marketing video they have obtained. The UI is apparently more “content-focused” and reminds me a lot of the Samsung UI on their TVs. Along the bottom of the display there is a list of TV shows and movies available while in the middle there is apparently an “auto-scrolling” list of recommended titles along with the provider offering the content.

It seems that the new UI will also have the ability to show alerts from Google Nest doorbells and video cameras. Along with that there is a new Google Assistant response UI and YouTube TV will be housed in the “Live” tab.

The hardware inside the dongle is unknown although it does support Dolby Vision but the chipset is unknown. It is unknown just when it will release but with the Pixel 4a expected to land in July it is possible this may arrive at the same time. Price-wise, rumours have placed it at under US$80, about AU$120 after adding the Australia tax etc, which is still a very compelling price.

This new device is looking to expand on the basic feature-set of the Chromecast devices while still being small and very unobtrusive. We are looking forward to getting our hands on one of these and I know I will be buying one as soon as they become available. Anyone else?

Been waiting on any update or confirmation of this device. Decided against the nVidia Shield TV when i saw the rumours of this device. Hopefully not too far off, and that price is very compelling