As an existing Ring Video Doorbell user, I know that the system is generally very good but not without issue. The Video Doorbell 3 Plus (herein VD3P) has not only introduced new hardware but new features to the platform that make it a lot nicer to use and improve the user experience.

One area of improvement that becomes immediately obvious is the video quality. The transition from 720p to 1080p and a significantly better field of view means that you can see more of what’s going on at the front of your home and in better detail. But there’s so much more to like in the updated package, even over the previous iteration.

Here is one of the area’s that I believe Ring excels over their competitors. Obviously the doorbell and battery are included, but Ring also provides you with everything you need to complete the installation, minus the power drill. There are two wall mounts — One that angles down slightly, one is angled to the side to support mounting in a corner) that you can use (optionally), two fascias to assist matching the front presentation of your home, charging cables, a masonry drill bit and two sets of wall anchors and mounting screws. I had hoped — albeit somewhat futile hope — to be able to remove my first-generation Ring Doorbell and use the existing mounting holes for the new version. Sadly, for me and if you’re looking at a similar upgrade that’s not going to work. But I assure you it’s not a difficult process to complete.

The actual installation is really quick and easy provided you have a drill (hammer drill if you’re installing in brick), hammer and screwdrivers. Then you just need to make a decision on exactly where you want to place the device, make sure it’s level and install it.

NB. There’s a pile of documentation included as well as available online to help you understand good positioning. This includes the use of the two wall mount brackets to change the mounting angle if your positioning options are limited.

The actual options to mount the VD3P are a little different to previous iterations where there is a mounting plate, then the device is secured to that. For the VD3P, you secure your doorbell directly to your chosen mounting point on your home. The next step is to cover the battery and screw holes with your chosen fascia (black or silver) and put in the security screw.

As with any new toy you should charge it fully before you launch into normal use. With a device like a battery-powered doorbell, it’s even more important. I checked and the battery came with 28% battery which would probably last about a month vs 2 – 3 months which is my best guess on the battery life based on use at my home. This brings me to a couple of minor issues I have with the VD3P.

Let’s start with the charging attachment, it’s MicroUSB… Yes, Ring includes a cable in the box and you’re not likely to need to charge it often but seriously, USB C is the norm now and I believe should be the charging option.

Charging the battery takes a long time to achieve a full charge. We’re talking 5 – 8 hours and if you’re reliant upon your doorbell this is a problem. If you are heavily reliant and can’t afford — or don’t want to accept — downtime, a second battery is relatively inexpensive from the usual retail outlets.

I mentioned the fact that the battery lasts a long time and it really does. In my testing, I’ve had the device up for a few weeks following a full charge after receiving it and the battery has barely dipped below 80%. There are ways to extend the battery life on your device as well such as reducing sensitivity or outright turning off the motion alerts. A few months back, Ring introduced the ability to only give motion alerts to you when a person is detected vs any movement. This was a game-changer for me with our existing doorbell because passing cars in the late afternoon would trigger alerts due to the light reflecting off of their windows. Now alerts have been significantly reduced and I’ve seen the improved battery life, even on a device that’s nearly 4 years old.

Get the chime, it makes a difference

When you’re already spending several hundred dollars on a video doorbell, it’s worth spending a little bit extra to grab a chime. Whether that’s the base level Chime or a Chime Pro will be dictated by your needs. The addition of a chime isn’t a necessity since all models have a built-in speaker and will alert your mobile to someone at the door. Both of those scenarios have faults though:

So having a mains powered device that acts as an internal speaker, or the “bell” for your doorbell. The Chime Pro has the advantage that it can be used as a Wi-Fi extender to ensure constant signal to your doorbell if it’s on the fringe of signal, but both essentially do the same job. They’re also very simple to set up once plugged in, you really do just need to follow the bouncing ball in the app.

On the Play Store, you’ll need to search for Ring – Always home or click the below link to download the app. 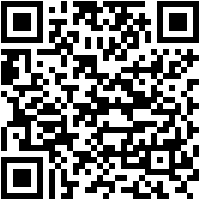 One of the areas that can make or break smart devices in the current era is the app. The Ring app has continually evolved over time to include a host of new features. With the VD3P you get pre-roll, a new feature that shows you a few seconds before motion alerts or rings occur. Potentially giving you the chance to catch porch pirates at work.

As has been the case with previous iterations of Ring hardware, the setup was very easy. It is in fact so easy now, it’s a three step process

If you happen to be linking a chime to the app also, you just have to follow the same process as you would with the doorbell or cameras. Once you’ve done all this, if you want to have some cloud backup for your captured video, then you’ll need to select a cloud backup (Ring Protect Plan) option.

The options are free, basic ($4 per month or $40 per year) and plus ($15 per month or $150 per year) with a number of bonuses for each level of Protect Plan you increase by. In reality though, if you’re using it as a doorbell only… The vast majority of users are going to stick with the free option.

It’s really important to note though, that the app also serves similar to an NVR for security cameras. So if you want to review footage, subscribing to one of the protect plans is definitely on the recommended list. The event gives you a timeline of motion detection, alerts for someone actually ringing your doorbell and missed events – All of which have the associated video event stored and ready to view.

What is highly evident for me — upgrading from the first generation of Ring doorbell — is the improved video and audio quality not just on the recordings, but the live view and in talking to people at the door. This access can be shared to as many users as you wish through the app, meaning you don’t have to share usernames and passwords.

Having the VD3P at my front door, it points towards our driveway and the street. Our first-generation would trigger motion alerts regularly as a car drove past, but since upgrading to the VD3P that has all but ceased. While the “person detection” improved the situation with the first-gen hardware, with the VD3P the detection is significantly more accurate. I’ve also found that having good upstream bandwidth — probably not a surprise — has had a positive effect on the quality of video and reduction in lag for two way talk.

A relatively new feature to the Ring platform — for battery devices — is pre-roll. Put simply, compatible devices give you a few seconds of footage prior to a motion alert being triggered. While I’m confident that this will have an effect on the battery life of the VD3P, it’s losing less than a percentage of battery per day so it’s not causing poor battery life.

I’m well invested in the smart home sphere… so for me, it’s not a question of if you should buy devices like this, it’s more about which one you should get. There are other options around and they all work well, for me it’s about a continuation of the existing setup I have with Ring.

The Ring Protect plans are really affordable, particularly useful if you decide to upgrade your system to include some of their cameras and not just watch your front door but build a surveillance system around your home. Keep in mind though, if you’re already after a smart assistant this only works with Alexa at this time.

While the Ring Video Doorbell 3 plus is a very expensive option, it’s also a really high-quality one. Given the visibility, it gives you over your home, the security for you and your family and expandability of the system – if you’re looking to build the smart home and security setup in your home then Ring products are a great start because it offers more than just the one function. The availability of the VD3P is pretty broad – you can pick one up on the Ring or Amazon sites and the usual retail stores such as JB Hi-Fi, Bing Lee and The Good Guys for $369.00

The device is permanently attached to the house and PR have not requested its return.