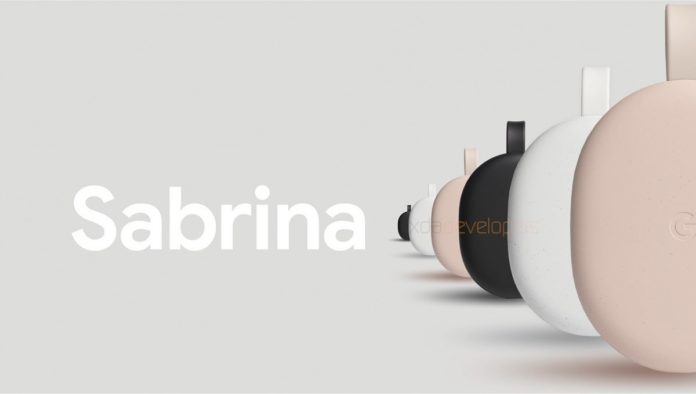 Just under a couple of weeks ago we reported on some leaks showing official renders and screenshots of the new user interface for an as yet to be released Android TV dongle. The dongle, codenamed Sabrina, has now had its specs leak although it is debatable just how relevant specs are for an Android TV dongle.

XDA Developers has had one of its developers discover the Android TV dongle’s hardware specifications in the Device Source Tree which enable the specific hardware features of the SoC when booting. According to the 4,200 lines of code the chipset will sport an Amlogic S905X2 with 2GB of RAM.

The Amlogic S905X2 is a 12nm quadcore chipset with each core clocked to 1.8GHz and is partnered with a ARM Mali-G31 MP2 GPU. The chipset itself supports “video decoding for 4Kp75 10-bit H.265 content, video output at up to 4Kp60 over HDMI 2.1, HDR video playback with HDR10, HLG, and Dolby Vision, and more.” This is not the first Android TV device to feature this chipset with many others already sporting it.

Other lines of code show that the Android TV dongle will support an “Auto Low Latency Mode” which disables any post-processing the TV may have that will add latency to the video. Of course the TV will need to support this but the Google Android TV dongle will support switching this on automatically. It is possible that this is mostly for Stadia support but we how it is for other video streams as well.

At this stage there is still no word on if or when Stadia will arrive in Australia but we are fairly sure that the Android TV dongle Sabrina will launch here relatively soon given how successful the Chromecast dongles have been — and how old in the tooth they are getting now. Let’s hope that Google launch Stadia here alongside Sabrina — anyone think that will actually happen?

If you’d ever used a Sony Bravia Android TV I don’t think you’d be waiting the relevance of specs for an Android TV dongle… Sony have notoriously let themselves down with underpowered hardware for their TVs resulting in a sluggish Android TV experience that I’m specifically looking to replace with the ‘same but faster’.

this is true. I actually purchased a vodafone TV box to use with my Sony Android TV…….