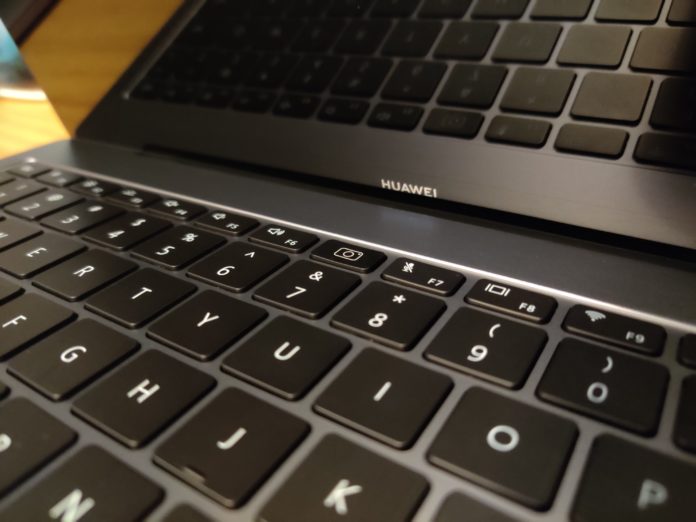 Huawei has been in the news for a number of reasons over the last 12 months or so, unfortunately — in some respects out of their control — for the wrong reasons. The issues with trade bans in the USA have caused a significant impact on the company’s ability to sell its mobile devices in western markets. This is evidenced strongly by the P40 Pro that carried great hardware, a mind-blowing camera and can’t access Google services.

Thankfully due to the licencing of Microsoft Windows, this effect has not carried over to Huawei’s desktop appliances. The latest range of MateBook hardware has landed in Australia and Huawei contacted us to take a look at their headline device, the MateBook X Pro 2020.

Let’s address the elephant in the room to start with. This isn’t your $600 JB Hi-Fi special that a lot of users would be more than happy with, this is a powerhouse. It’s also really well thought out, designed and engineered to meet some pretty high-end needs.

When you’re looking at top-end laptops it’s an investment that you’ll expect to see a few years of use out of it. The hardware is going to need to be near on bleeding edge to see you through your investment time. You’ll want a lightweight device with great performance. The keyboard has to tick all of the boxes, a little niggle like a badly placed key can give you a bad case of buyers remorse and finally, the battery has to last through your daily needs.

Putting it simply, the MateBook X Pro 2020 is a beast but deserves a lot more than a simple comment. There are several areas of specs, hardware design and even software that need to be explored to give the whole picture of just how much of a best this laptop is.

The review unit (and retail units into Australia) are in the typical space grey, it’s a common colour for hardware that users are likely to want to use in a boardroom or workplace. Honestly, the mystic silver or emerald green aren’t lavish and hugely attention-seeking.

When opening the laptop, the first thing that is striking immediately is how much of the lid is actually screen. The 13.9-inch FullView Display is a touch screen that runs 3K and (as mentioned) has a really high, 91% screen to body ratio. The specs say a lot about the screen but not everything. If you’re in front of screens a lot (or all day) then I cannot recommend highly enough to invest in a really good screen; whether that’s on your laptop or an external one, the high resolution makes the day far easier on your eyes. Having spent a lot of time in front of the MateBook X Pro over the last few weeks producing content for Ausdroid, this screen is liquid-smooth, produces vibrant colours and has reduced my eye fatigue noticeably. The internals is very much at the pointy end of performance as well, starting with the 10th Generation i7 10510U processor. The performance is complemented by 16GB of memory, a 1TB SSD and GeForce MX250 graphics. The system is ably powered by a 56Wh battery which (mileage will vary depending on your use) was comfortably giving me a full day of use and over 10 hours of screen time in this remarkably small package that weighs 1.33kg and is only 14.6mm

The list of connectivity features is perhaps only let down by the fact it doesn’t have Wi-Fi 6 but at this point, that’s a future-proofing nice to have, not a necessity. The Wi-Fi is an IEEE 802.1 la/b/g/n/ac setup that supports 2.4 GHz and 5 GHz connections. BT5.O, NFC and a small range of ports USB-C x 2, USB-A 3.0 x I and 3.5 mm headset/microphone jack round out the connectivity.

There are two really pleasing facets to the plugin connectivity Huawei have included. One is so simple, the USB-A port means that users with slightly older desktop hardware can still use it. The second is the USB-C charging option because it’s quite versatile in its capability.

On top of the general look, feel and power of the device there’s a couple of really slick inclusions. One I particularly like is the hidden camera we mentioned in our first impressions post. It’s a great addition for privacy as well as the footprint and presentation of the laptop. In reviews of other laptops, we’ve touched on good and bad keyboards because they can make or break the experience. In this case, the chicklet keys are fantastic. The touch while typing is phenomenal, responsive and tactile. Immediately adjacent to this is the power button which includes a very fast and accurate fingerprint sensor making the power on to “ready to use” time around 7 seconds on a cold boot.

Performance when it matters

As you’d expect with a spec sheet that tops the tables, the MateBook X Pro has performance for all day and enough to cater for the casual gamer too. I got everything I want and need from a laptop out of this and it barely raised a sweat.

A normal day for me has a lot on the go including web use, Microsoft 365 access, lots of emails, occasional video editing and a bit of gaming. Most laptops go fine till the gaming, but the MateBook has enough video capacity (and RAM) to handle it with ease.

Even when I was playing with some video editing the performance was evident. This laptop is not for your casual consumer, it’s a workhorse that can deal with anything you throw at it making it a content creators dream to use. One area that was note-worthy is the fact that even running on battery with default power settings running, the performance wasn’t lacking at all.

Something else that wasn’t lacking was the battery capacity. With a 56Wh battery onboard, there’s plenty of juice there but it’s not just the size… it’s the way you use it that counts. The automatic power settings are outstanding! At no point did I feel I needed to tweak them to get the most of the laptop while on battery or on mains power and even while doing quite a bit, got 10+ hours of use from it before I really did need to find a charger.

I’ve mentioned already that casual gaming isn’t major stress for this beast of a laptop. That’s primarily due to the GeForce MX250 video card, complimented by the 16GB of memory. Don’t be expecting this to run the latest and greatest of FPS games, I was happily playing Diablo 3, Team Fortress 2 and Call of Duty Modern Warfare 3 – All solid games that can provide some pretty solid single-player or multiplayer fun. The gaming performance was not just acceptable, but really good. There just weren’t any issues with lag or frame rate drops. This was all while running the screen at its full 3000 x 2000 resolution.

There is so much in this package to like including the hardware, the design elements and just how well it performs daily. As a daily user of desktop machines, laptops, phones and tablets I know what I need from my hardware. A stunning surprise for me in the hardware was not just the volume but the quality of the sound that was produced. I didn’t feel the need to connect it to my desktop speakers and that says a lot because I’m pretty picky with sound.

It’s probably fair to say that the hardware as a whole is a highlight, the bits that really excited me were the quality of the screen, how lightweight the laptop is and the thought behind the charger, hideaway camera and the keyboard. But for me, one particular highly brought an Apple-like element of integration to the Windows platform.

Huawei share requires a Huawei, NFC enabled phone to utilise it. To connect, you just tap your smartphone to your MateBook. This uses a direct connection between the two to directly communicate and doesn’t require Internet access to do so.

The feature allows you to fully control your phone from your laptop, drag and drop files between the two and real-time editing files on your laptop. It’s so easy to use Huawei share and brings a feeling of integration between Android and Windows that I’ve not experience at this level before.

Let’s address the biggest issue with the Huawei MateBook X Pro 2020. The price is well… huge! It’s a $3,299 machine which means their market is going to be limited. Don’t get me wrong, it’s a really impressive piece of gear. It looks and feels truly amazing, there are some excellent design and engineering decisions that have been made but I don’t know too many people that would part with three grand or more for a laptop.

Any other criticisms I have of the MateBook X Pro 2020 are more personal preference versus an actual fault with the design. An example of this is the charging light that presents when the laptop is on the charger is really bright. I usually charge my laptop overnight in my bedroom but when the room is lit up by a charging light, that’s not ideal.

Conclusion: Should you buy one?

Users who want something for email and web surfing, you should probably look elsewhere. At $3,299 this is not a laptop for everyone, in fact I don’t know anyone who would buy one at that price. But if you’re looking for an absolutely stunning piece of hardware and honestly, it’s the best laptop I have used… ever.

There are so many elements of the MateBook X Pro that make it an ideal machine for so many potential users. If it were slightly more capable as a gaming option, I’d consider it as a complete replacement for my desktop machine at home.

It’s got the grunt to handle everything I’ve thrown at it without maxing any of the components out. It’s capable for content creation, the daily grind and as mentioned – some casual gaming.

I really wanted this to be $600 to -$800 cheaper, I believe that will triple their potential buyers market and give the option to steal some Macbook users over to their platform. That’s really the only barrier for purchase that I can come up with, so if you’re happy with the price then buy one. If that is a barrier for you purchasing, there are plenty of very good options out there for between $1800 – $2600 where you’ll get an exceptionally good laptop still.

It should be at least $1,000 cheaper, since, to get the most out of it, you also need one of the current non-Google Huawei phones. So you’re up for a new phone, on top of having to shell out for an expensive laptop.