Perhaps you live in a mixed household of Android and iOS users, or perhaps you have set yourself up in the Android ecosystem and decided to jump ship. It’s also possible – and very true – that some of the Android ecosystem products (e.g. Home Hub, Nest gear, Chromecast etc) does a better job than Apple’s products (or, in some cases, Apple doesn’t have an equivalent).

If this describes you, one of the things you’ll find annoying – I do – is the inability to ‘cast some things from an iOS device to Google cast targets. Yes, some iOS apps will happily cast to a Google Cast target – Netflix, Spotify, other cross-platform tools – but others won’t; if you want to cast those apps, you’ll need another solution.

It’s a simple premise. Mirror your iOS screen to any Chromecast device, with low latency, easy setup and that’s it.

Why might you need to do this? Well, you can cast these things which might be helpful:

You can cast to a small screen too, of course – any of the above you could throw to a Google Nest Home Hub, for example.

Not every user will need this, but if you do, Replica is a great tool and – better yet – the basic features are free to use.  Premium features do cost a little extra, which include:

Premium features are modestly priced for the functionality, starting at $1.99 on a month-by-month basis, up to $22.99 for an annual plan. For five readers, we’ve got some promo codes you can use to redeem some free premium features too:

Be quick, these redemption codes will probably disappear quickly. 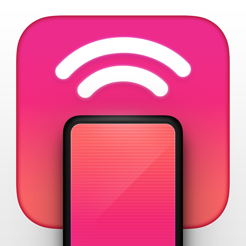