Home Smart Home and Wearables Around the Home The D-Link AX1500 is an upgrade for the future of your home... 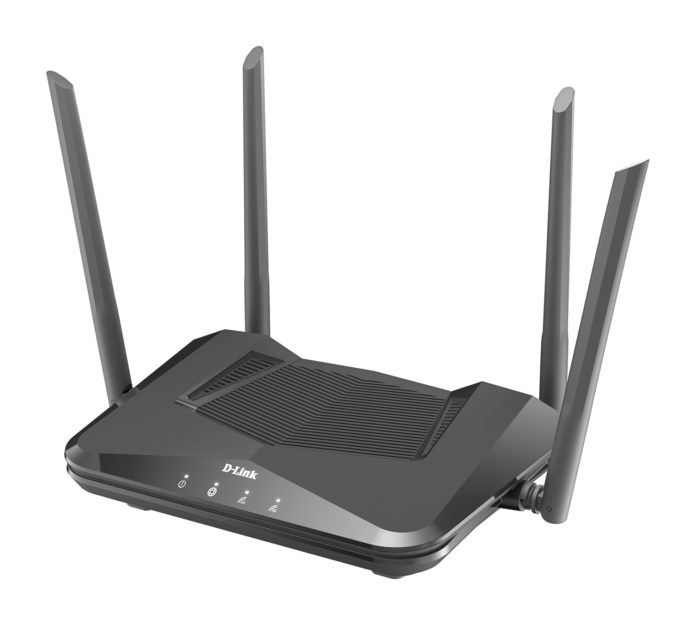 Wi-Fi 6 is the latest iteration of the technology and D-Link have jumped aboard the train. Their newly release Smart AX1500 Wi-Fi 6 Router is a budget offering that brings up to 1,500Mbps of wireless speed to your home. It brings a number of other modern features with it including beamforming to reduce Wi-Fi blackspots in your home, as well as 1024 QAM (a modulation technology) that has potential to increase speeds up to 25%.

With OFDMA (part of the Wi-Fi 6 standard) users will see increased efficiency in their network. This will be particularly prevalent for users with lots of smart and IoT devices connected to their network. The technology essentially splits your broadcasting and receiving capacity at the router into multiple smaller channels, allowing simultaneous streams of data. This is a huge leap forward over the older Orthogonal frequency-division multiplexing (OFDM) technology – Think about older network hubs (OFDM) vs a network switch (OFDMA).

For users who want to continue growing their smart home, D-Link has again delivered integration to either Alexa or Google Assistant. This includes a feature set similar to the COVR-1102 we reviewed.

The price is just $249.95 at the usual retail outlets or via D-Link online.