Home News and Editorial Opinion: In a connected world, Wi-Fi 6 is a bigger advancement than... 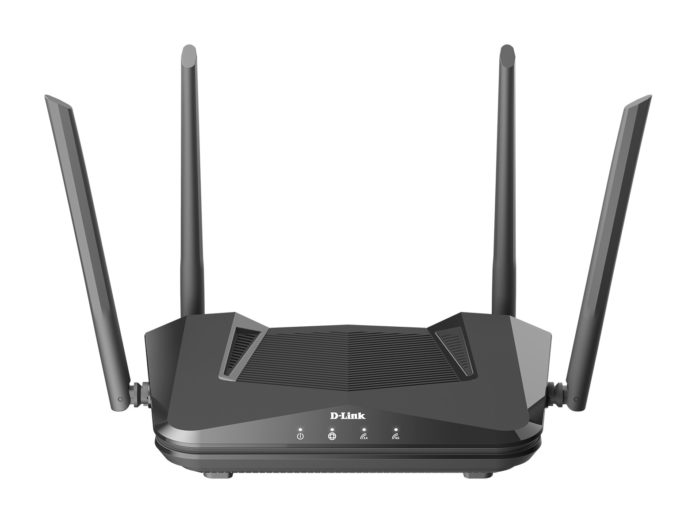 We’ve all felt the pain of being connected to a Wi-Fi network that just isn’t doing the job. Speeds can be low, high latency and it gets worse if you’re on a congested network. There are so many variables as to why this is an issue, but a recent advancement is going to solve a large part of the problem for may user: Wi-Fi 6

To understand the growth and capacity of Wi-Fi 6 you need to take a bit of a look at the previous versions of Wi-Fi standards. A few blue moons ago, we started with 802.11b which was capable of a mere 11Mbps. Since that time we’ve had multiple iterations of the technology, but in more recent times Wi-Fi has become more about efficiency than the need for speed. In recent times the revisions of Wi-Fi technology have moved from “codenames” such as 802.11ac to Wi-Fi 5 making it easier for users to understand.

Wi-Fi is about more than just speed

Wi-Fi connection standards from 802.11ac (Wi-Fi 5) and earlier, while speeds have increased the communication capacity outside of dual-band — devices with both 2.4Ghz and 5Ghz — hasn’t really improved. If you’ve only got one device on your network, you’re unlikely to see an issue. In fact, the majority of homes with a few mobile phones, a couple of laptops, maybe a tablet and a handful of connected smart devices aren’t going to see a problem, If you scale up much further, say with IoT devices or lots of wireless smart home devices chewing up resources on your AP – The network contention starts to become evident.

Your single access point, while handling multiple connections simultaneously can only actively communicate with one device at a time. So while your connected devices may only need a collective data feed of 40 Megabytes, it won’t get delivered at once but a “staged rollout” if you will…

The reason that most users don’t see any problems is that the communication speeds are now so fast that, its only a momentary pause that most users accept — or don’t notice — if there is any noticeable delay in your device grabbing data.

Orthogonal Frequency Division Multiplexing (OFDM) was a feature introduced with 802.11ac (Wi-Fi 5) that divided the communication channel into sub-channels to avoid some of the data collisions that occur. But that meant communicating with a single device was significantly more efficient by keeping data streams in their own lane, but the AP would still only communicate with a single device at a time on a frequency band.

There are some other factors that can slow earlier versions of Wi-Fi, including the fact that there’s a continual stream of “noise” in the Wi-Fi spectrum. Because the AP will only transmit when the channels are “clear”, that alone causes significant pauses or latency on the network.

The advancement with Wi-Fi 6 is not just huge, it improves the efficiency of transmission for all connected devices. It does this through utilising an advancement of the OFDM previously mentioned. The advancement is the “A” in OFDMA, taking the technology to a new level.

Orthogonal frequency-division multiple access (OFDMA) has a significant improvement over OFDM, as the AP can now communicate with multiple devices at the same time and at higher speeds. This is achieved by dividing the Wi-Fi channels into sub-channels and segments of that called Resource Units (RUs). These can be delivered simultaneously to different devices, rather than the one device at a time inefficiency that was present in previous iterations of Wi-Fi. For a more detailed read, Commscope has done a great write up.

OFDMA also gives the access point control over when devices can send data to it, ultimately this results in far more control over the available bandwidth and how it’s used with the connected devices. This assists the AP capacity to “forecasting” or predicting, then reserving some of those RUs for devices if there is a continued need for bandwidth.

The best way I can describe the difference between OFDM and OFDMA for those familiar with networking concepts is:

OFDM is roughly equivalent to and old-school network hub, that takes a packet and broadcasts it to all connected devices saying “If you’re computer X, you asked for this data – here it is. If you’re not computer X, ignore this”. OFDMA is a network switch that has the ability to specifically target the device on the network that requested the data. The difference in efficiency when you’re handling gigabytes of data is staggering.

A simple example of this is that a 4K stream will have a lot more RUs allocated vs a periodic refresh item such as email, social media or web surfing. For a busier network such as a corporate network or even public Wi-Fi, this reduces traffic queuing, congestion and has potential to reduce latency significantly. If you’ve ever tried to use the provided Wi-Fi at a major conference, you’ll know the pain and recognise the difference this could make.

The future of Wi-Fi connectivity

For the demographic who resist, more power to you… But as I see it, we’re in a connected world with more devices to be connected. This means more traffic on our Wi-Fi, more devices that will steady create a higher contention on our home networks.

We’ve made life easier and easier for our devices to be connected to Wi-Fi with the continual improvements to Wireless technology. We’re seeing better ranges and speeds and of course, a significant step forward in coverage through Mesh Wi-Fi like the COVR-1102. Most users aren’t seeing and won’t see the issues just yet… Should you run out and buy a Wi-Fi 6 router?

Absolutely not – but the reality is that over time as our data demands become more significant and more devices are wirelessly connected including IoT devices. The pressure on an older router will only increase, particularly with some of those IoT devices that may be reporting every 5 mins, once an hour or only once a day still take up valuable resources on your Wi-Fi.

Over time, this could well result in some network contention and latency, so while it’s not an urgent matter right now and the answer to this is to spend a touch extra and get yourself upgraded to Wi-Fi 6 when you next change over your router.

It’s difficult to know what to buy. In fact you linked to an article about a D-Link diet that says you probably don’t need WiFi 6!

Most people don’t need it now…
If you’re buying soon though, I honestly think you should seriously consider your options and lean towards a WiFi 6 solution!

It sounds like a good time to wait for a Wi-Fi 6 mesh system, or look for a bargain on a Wi-Fi 5 mesh as they get superseded.