Home News and Editorial Ausdroid’s response to the #StopHateforProfit campaign: we are leaving Facebook 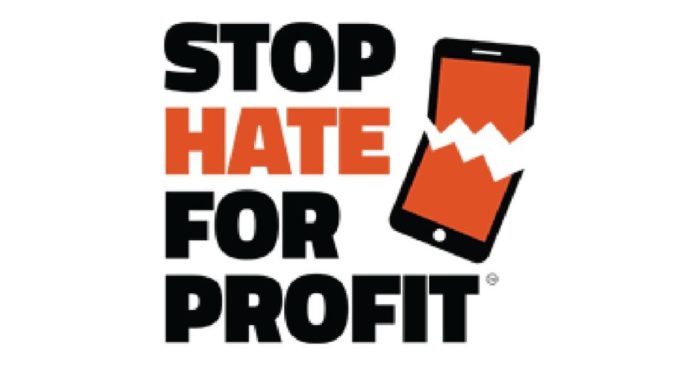 Ausdroid has been a strong supporter of social causes for a long time. We have upset some readers in the past with our social conscience and while we miss those readers we do not apologise for having a strong moral compass.

Facebook has received a lot of flack in recent times (and rightly so) over their inaction on hate speech (among other things) culminating in a campaign to force them to have some form of moral compass themselves. They have for too long hid behind their “freedom of speech” line and allowed Facebook feeds to become the wild west of hate group, allowing such content to spread unchecked and unfiltered.

The #StopHateforProfit campaign already has over 160 companies making some form of stand against Facebook’s inaction against hate speech, especially in their advertisements. The campaign is also focused on fake news that is often spread unadulterated around Facebook leading many people to believe — especially Karen.

Today Ausdroid is joining the #StopHateforProfit campaign and is suspending all of its Facebook and Instagram accounts. We stand for what is right, what is fact and against all that is not.

If you don’t live for something, You’ll die for nothing. Live for This: Hatebreed

Effective immediately we will no longer have a presence on Facebook, Messenger or Instagram. We have suspended all our activity there in a show of solidarity with others also making the stand against Facebook’s policies. We have left it open for a return should Facebook decide to do what is right and what is moral.

We hope you support us in our stance and we encourage you to leave your views below. We will continue to monitor our Twitter page so feel free to comment on there as well.

Used to follow you on G+. Looked at mewe?

I gave up on it, due to the oversexed males using it as their private pickup bar.
In the 6 weeks I was using it, I threw over 500 users into my MeWe block list. In the over 6 years I used Google Plus, my block list didn’t even reach 200.

Well done. The negative comments above illustrate the importance of your stance. It’s not about politics, it’s about wanting to live in a world where respect and dignity are valued rather than division and hate.

Where are my comments you lefty arsewipes. Pathetic people who are intolerant if free speech…wankers

I really do pity you mate – living a life so full of anger and hate you feel the need to un-load like this.

Wouldn’t you feel better taking a more positive view of the world?

We don’t actually have right to free speech in Australia – it’s merely implied, we do not have the same rights as the US so I think you are a little confused….then again who cares it’s only Facebook and Instagram, the Facebook platform sucks anyway.

There’s one major problem with trying to get Facebook (or indeed any internet platform ever) to do more about hate speech, harmful disinformation, etc – the impossibility of content moderation at scale. Any ban wave (publicly announced or otherwise) will always result in cries of “What about User X who does the exact same things?” and there’s always the very real possibility of an overzealous moderator or automated process going too far and banning someone who shouldn’t have been banned. With the amount of content that goes on Facebook and other platforms every second, there’s no way moderation is going… Read more »

It is certainly tough to implement something on the scale that FB will require. They have said that their AI gets something like 90%+ of material. But what they have done is not enough though — will it change? Possibly. Hopefully.

Agreed that Facebook needs to evolve their moderation tools to account for this unprecedented head-on collision between enforcing/upholding community standards and public interest/newsworthiness.

The Verge did a wonderful piece ( linked below ) on the human cost of content moderation – specifically FB in a few of their US sites. The vast majority of the moderation is contracted out and as you can imagine both the working conditions and human cost of those people employed by said contracting companies was horrific. Upon review after the investigation was forwarded to FB, they committed to increasing the proportion of moderation that did in house ( and in doing so, I suppose they are admitting to the outsourcing not being ideal ). Really quite a confronting… Read more »

I did see that particular article doing the rounds on Twitter. While it specifically pertains to Facebook, there’s definitely going to be similar issues with Twitter and other major platforms.

I admire your stance. I look forward to seeing the Facebook share button disappear from your pages… forever

More bullshit lefty crap! The only hate speech comes from the racist left! As for your moral compass, who are you to lecture people on morals! Fuck of Ausdroid!

love the “*off”. Great belly laugh. I have also departed FB.

Alex, it’s a shame that the only person using fowl language and aggression is the very person apposing that they seem to have the superior morals.

We never said you should quit, we never made a judgement about people who weren’t going to boycott.

Nor did we mention the left or the right wing of politics. Alex, I suggest you get offline for a bit, I’m not sure it’s doing your Mental Health any good. Take care.

Alex – I can only assume, via your overtly derogatory use of the term “lefty” that you associate yourself with the “right” side of some arbitrary, single dimension societal spectrum that simply has a “left” and a “right”. If this is indeed the case, by this association alone, you show yourself to be completely ignorant of ( or perhaps fully aware but simply dismissing of ) the reality that any time anyone seeks to classify another person ( or group of people ) into a binary 0 or 1, they are perpetrating the kind of discrimination and exclusion that you… Read more »

I applaud your decision, sirs.

Left FB a few years ago and truly have not missed it at all.

The only thing I have missed ( especially as I am the only droid user amongst my family / friends and thus imessage is not an options) was messenger…. but hey… I just talk more face to face and via phone now!

I’m surprised Facebook didn’t go down in the aftermath of the Cambridge Analytica scandal. People forget very quickly, and will be back on the platform in no time. Big blue won’t be changing their evil ways anytime soon, while there’s a few bucks to be made.

Choice between your privacy or face-stalking your school days crush??

i went back to FB earlier this year after leaving due to all the hate speech and homophobic stuff on my car groups. Went back after a good friend killed himself and I hadn’t kept in touch with him or anyone else from my home town… that makes it tough.. i hate everything FB stands for …

Well done! Proud of you guys!

A) Great stance
b) Just for interest sakes,what percentage of visitors coming from those platforms?

It’s hard to know how many impressions (eye balls on our Facebook content) we get on Facebook itself, but it seems to be equal to 10% ish of the traffic our site gets. Actual click through to Ausdroid.net is less.

So Facebook isn’t a huge part of our traffic, but we do see good engagement (comments) via Facebook, so we will miss those interactions. Unfortunately too many people stay within Facebook’s walled garden.