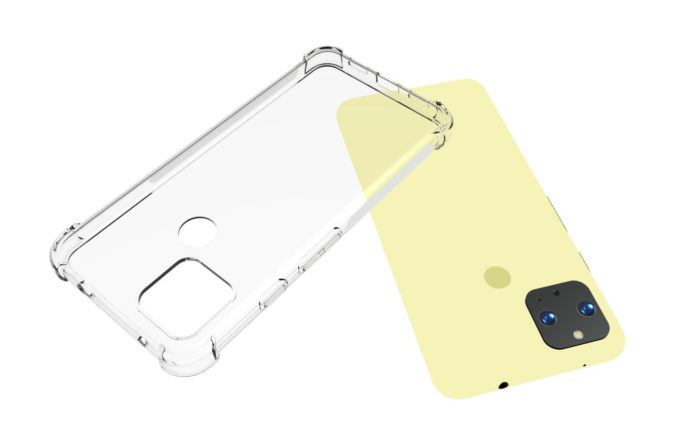 It is already the middle of the year and even though Google are yet to announce the Pixel 4a it is about the time where we can expect to see Pixel 5 leaks. Overnight we have seen a case render for the Pixel 5 XL showing a feature that many didn’t think we’d see again on a premium Pixel.

The new leak has appeared on commerce store Alibaba with a retailer selling a “Google Pixel 5 Slim Protective Case” for the Pixel 5 XL. Of course a large helping of salt is required before even looking at the images given that we have not seen it in pictures yet but this manufacturer has been able to make cases for it. So let’s dissect the images above and below. Let’s start with the elephant in the room — Google are either killing off their Project Soli / Motion Sense or they are providing a backup to it, both of which are significant.

Last year’s Motion Sense on the Pixel 4 was hit and miss when using the face unlock for many people with its consistency lacking and its speed not the greatest either — its use also drained the battery considerably. We all expected that over time Google would improve it, after all Project Soli has been their brain-child for quite a while and no one thought they would consider giving up entirely without even a second generation to improve its implementation.

The option other than totally removing the Soli radar sensors is that they are merely providing a rear-mounted fingerprint unlock method as a back up for those for whom the Motion Sense does not work, or if you are wearing large sunglasses etc. It is interesting that Google would go for a rear-mounted fingerprint sensor though considering we don’t even see that in mid-range phones much these days, let alone a premium or ultra-premium device.

The front of the Pixel 5 render also shows a return to 2018 — the notch. The notch implies to us that Google must be keeping the Soli radar sensors, otherwise why wouldn’t they just use a punch hole display for the front facing camera — unless there were more sensors than can fit in a punch hole.

Other notable inclusions on the case renders are a dual lens rear camera module which appears to be of similar size to that in the Pixel 4 and the usual buttons all located on the right hand side of the device. For those who refuse to use Bluetooth headphones there also appears to be a headphone jack at the top of the device — making me think even more that the leak is inaccurate.

While that large helping of salt is making me thirsty, the lack of a Google smartphone release is making me even thirstier. This case render raises as many questions as it answers. My guess, and I say guess as all this is very sketchy and of little detail for us to go on, is that Google are giving Motion Sense another run hence the notch but have included a rear fingerprint sensor for those who cannot or prefer not to use Motion Sense.