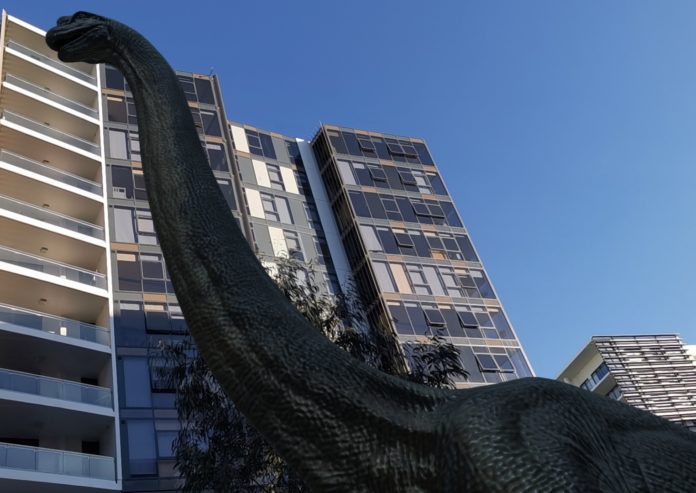 You can see Tyrannosaurus Rex, Velociraptor, Triceratops, Spinosaurus, Stegosaurus, Brachiosaurus, Ankylosaurus, Dilophosaurus, Pteranodon, and Parasaurolophus on 3D on your phone, and in AR in the space around you. The technology behind Google’s 3D and AR objects in Search is always improving – the dinosaurs are dynamically lit according to your surrounds. Dinosaurs are huge, so Google’s new auto-scale feature scales them down for your room and added a button to scale the beasts up to their actual size. If your living room isn’t large enough to hold a Brachiosaurus, its ok – you can also scale him down to adorably tiny size! You can snap pics of the dinosaurs in AR, and create a video too.

Google’s new AR dinosaurs are live now in Search – just plug in the name of the dinosaur you want to see from the list above. You’ll need to be running Android 7+ for 3D content, and ARCore-enabled devices for AR.

If you can’t get enough of those big dinos, there’s more of them around now than ever before: there’s a new movie, Jurassic World: Dominion, coming our way next year (* probably 🤷‍♂️) but in the meantime there’s Battle at Big Rock to whet your dinos-and-humans appetite, and Jurassic World: Alive to play on your phone.