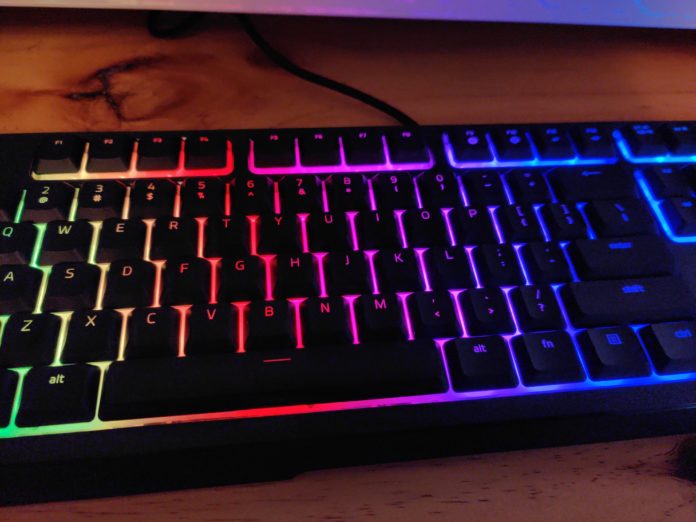 If you’re in front of a PC a lot, having a good quality keyboard can make the difference between a good or great daily experience, particularly if you’re spending time for both work and pleasure at the screen.

Razer has been heavily focussed on the latter for many years, but with the Razer Ornata V2 marries both worlds with a clicky and responsive feel without being intrusively loud or requiring force to activate the keys. A couple of things you should be aware of if you’re changing to a keyboard like the Ornata V2 from an OEM “generic” keyboard. Even the keystrokes on the Ornata V2 are significantly noisier than what you’d be used to. The other difference in the key travel can also be quite significant and as a result of those two factors, many users prefer to stick with a non-mechanical style keyboard. If you’re not sure about it, head to your local retailer and have a closer look before you spend $189.90 on a keyboard.

When you invest in a keyboard from Razer, you’re paying a premium for the performance that you get. One of the many reasons for this is their switches, in the case of the Ornata V2 you’re getting an option not previously offered before:

Hybrid Mecha-Membrane switches which combine the best of both worlds, providing a soft, comfortable typing feel with the positive clicky feedback of a mechanical switch.

What this means for users is being able to work in a productivity environment without intrusive, loud clicking but also enjoying the high performance and tactile feel that is needed for gaming. It’s surprisingly good, even based on the information provided on paper I was expecting a softer feel to the keys.

It shouldn’t be a surprise to anyone that the Razer has delivered stunning equipment. But this is — in my eyes at least — something quite special. The keyboard is a lovely matte black and the padded wrist rest is very comfortable. You can have no lighting if you wish, use pre-set lighting options, cycle between them or just have a wave of light go across your keyboard. When you plug it in, you’re in for a treat (once Razer Synapse software is configured) as you can set the look to your desire and add a new element to your gaming. 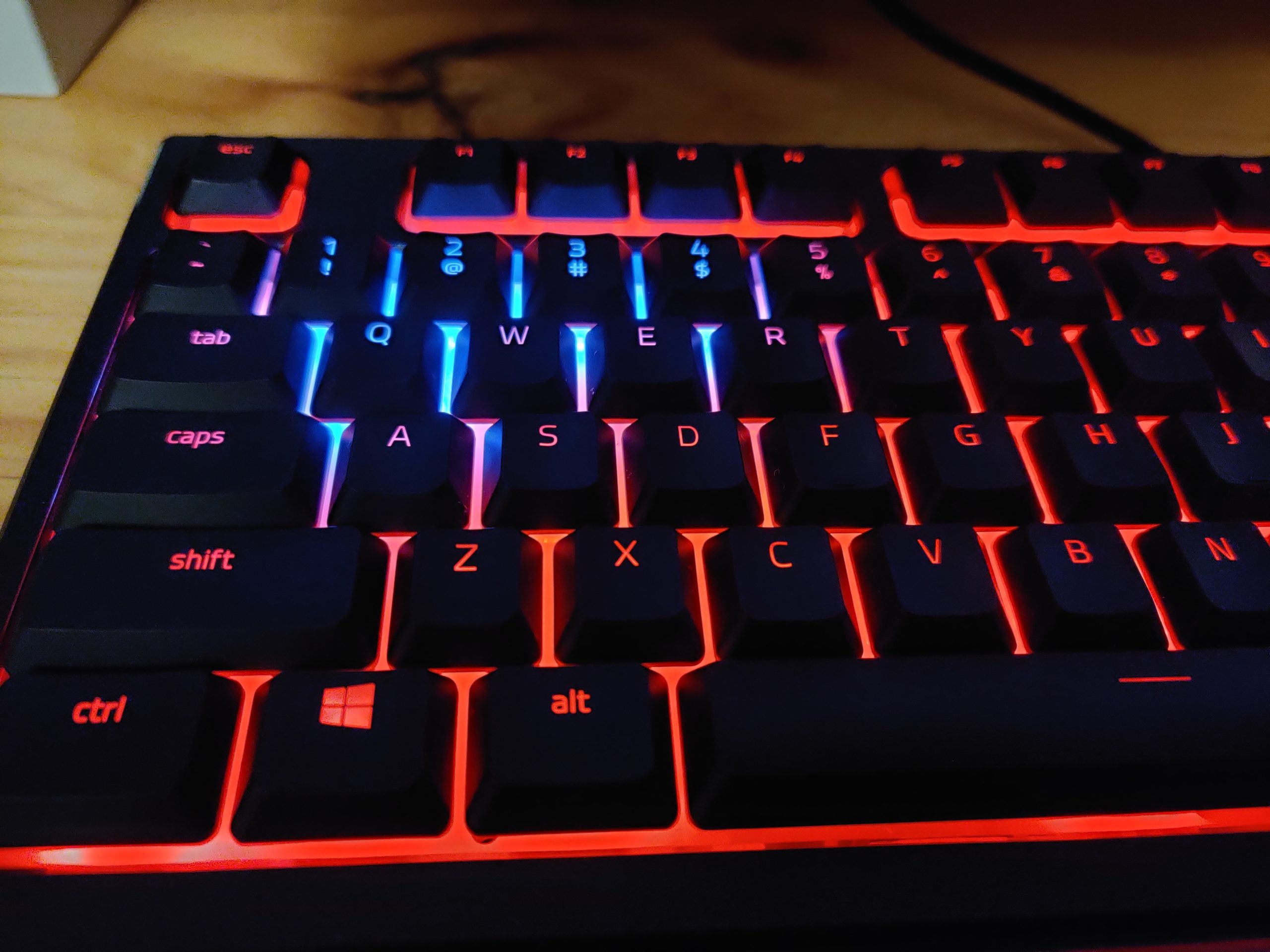 What I mean by this is that the through integration with your gaming setup, you’ll find that the Razer Ornata gives you a visual indicator of your game status. On the surface, this is pretty cool, while playing Diablo 3 the keyboard and my Viper mouse changed colour with the keys for controls within the gaming highlighting white. I discovered to my delight that level ups were highlighted with all keys flashing white in a wave and (I see this far too often) deaths highlighted by an alternating red and white flash.

There is a fairly comprehensive list of games that are compatible with the Razer setup for lighting out of the box as well as some that are compatible via third-party integrations. It’s also quite likely more will come in the future, so the list is ever-growing.

Can a gaming focussed keyboard be useful in a productivity role?

Like a lot of Australians, I’ve been doing a lot of work from home since March. As a result of that I’ve been spending extra time at my desk, so having a really nice keyboard is not a luxury… it’s a necessity. I still love a very clicky mechanical keyboard for gaming, the positive feedback you get to confirm keystrokes is unsurpassed.

When it comes to productivity though, there’s something about mechanical keyboards that — despite the positive feel — just doesn’t feel right. I love the chicklet keyboard on my Macbook and in fact, have been using a USB Mac keyboard for a while in my home office but not since the Ornata arrived. It has bridged the gap and given me the best of both worlds with a bit more to offer too.

It’s not unusual, but it’s always a nice addition to have a couple of hardware keys that are focussed on media controls. The Ornata V2 does exactly that with a small stack of keys for playback and volume control.

The controls are simple, rewind, play/pause, forward and volume (up, down and mute). Yes, this can all be achieved by reaching ever so slightly to your right and grabbing the mouse, but that’s not the point. The ability to mute sound by simply pressing the volume roller when a phone call comes in has been very welcome while working from home. Much the same while listening to music and playing a game – it’s far more pleasant to skip a track at the push of a button than to exit the game to do so. As I said earlier, this is a very nice addition to have on a keyboard. It takes a few little tasks away from other peripherals and keeps your hands on the keyboard for higher productivity and fewer distractions.

Another nice to have feature is the detachable wrist rest. This one is a little different from others I’ve used in the past as it’s a magnetic attachment and doesn’t leave any visible attachment points. It’s very well padded, is exceedingly comfortable if you’re playing games but I found it a little bit of a hindrance if you’re typing for long periods. That could — in fairness — be the way I type though. But that also plays to one of the strengths of the wrist rest in that it’s very quick and easy to detach. That makes the keyboard a better position and height for my preferred typing position. While this won’t be the case for everyone, the adjustability is certainly there to make life a bit comfier.

I’m not convinced that this keyboard will thrill hardcore gamers, in fact, a couple I know really disliked it. The change in feel from a true mechanical keyboard to this is quite immense and caused issues with their muscle memory for gameplay. Where the Razer Ornata V2 hits its stride is in the casual gamer and productivity role.

While I do have a preference towards a really solid and clicky keyboard for gaming and in fact typing, I see the aggravation that it causes others around me. The softer touch of the hybrid mecha-membrane switches makes the environment quieter and reduces a bit of fatigue if you’re just typing for long periods.

The Razer Ornata V2 is an evolution from the previous version of the keyboard, not revolutionary but that’s ok. This is a great stepping stone between the generic OEM keyboards and the full mechanical switches. The price is, however, near to that of a mechanical option so for some users that small extra step isn’t much. 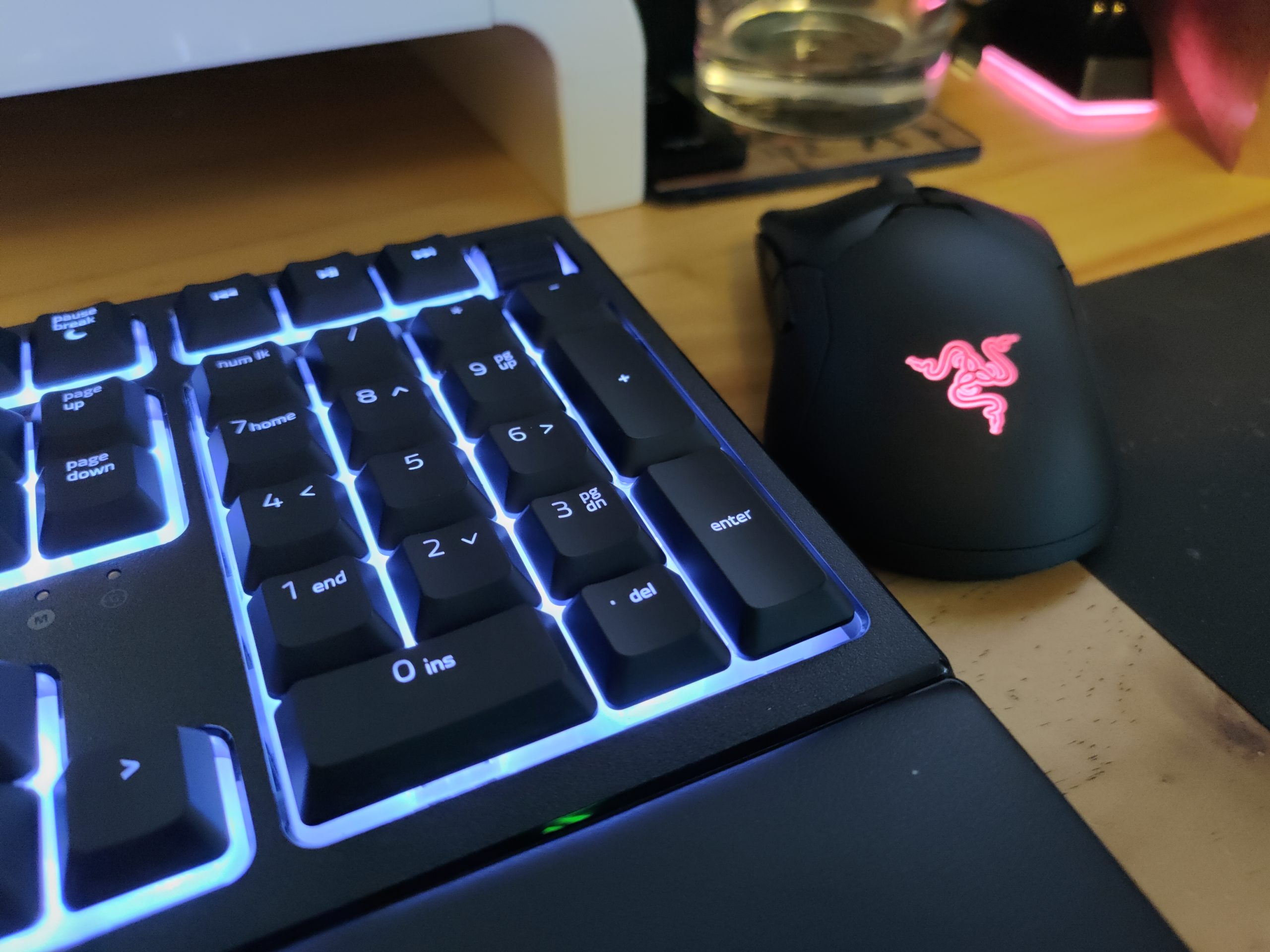 If you do buy the Ornata V2, it won’t be a disappointment to you. You can take a closer look at one in your local JB Hi-Fi store, or buy online a number of stores with prices varying from $159.00 through to $189.90

Thanks – your section on whether it _also_ works for the office is extra useful given current situation! Though all I want is a colourful, backlit, proper mechanical keyboard with the ‘natural’/split layout (a la the MS Ergo 4000) – surely that’s not too much to ask?! But it is *tragic sigh*