Home News and Editorial Everything you wanted to know about the Samsung Galaxy Note 20 Ultra... 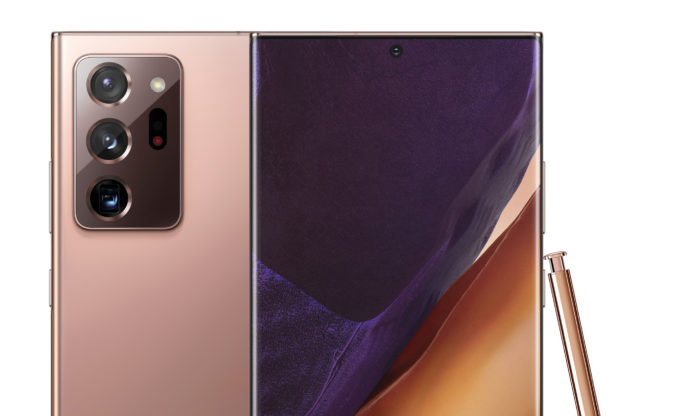 We are still a couple of weeks away from the official announcement of the Samsung Galaxy Note 20 Ultra and as happens so often these days the details of it have been revealed long before launch.

Overnight Winfuture, who have a long history of big leaks, revealed not just official renders of the Galaxy Note 20 Ultra but also some of the details of its software and internals. The Samsung marketing for the Note 20 Ultra will apparently focus on the new S Pen with a response time as short as 9ms as well as its integration with Microsoft more than ever.

The integration with Microsoft will include automatic OneNote synchronisation as well as familiar gesture commands. Also included in this integration will be optimisation for cloud gaming via Xbox Game Pass and Microsoft’s Project xCloud. Over 90 games are expected to be available on the smartphone via the cloud hoping to make the Note 20 Ultra a “portable game console”. The display will be a massive 6.9-inch OLED display which will support a 120Hz refresh rate and a 2K resolution although not at the same time. The Galaxy Note 20 Ultra will apparently also be the first smartphone to arrive with Gorilla Glass 7 protection.

Additional features include USB-C 3.2, NFC, Bluetooth 5.x, Wi-Fi 6 and dual GPS. Once again the stereo speakers will be tuned by AKG in a continuation of that partnership. The phone will also have an IP68 rating designed to survive 30 minutes in water 1.5 metres deep.

Samsung have been hesitant to push their charging too far in recent years and for good reason. The Note 20 Ultra will house a 4,50-0mAh battery that can be charged to 50% in 30 minutes using its fast charge technology (hardly impressive though considering OPPO/realme 125W charging fully charges in 20min). Winfuture also have details on the Galaxy Note 20 with the base model arriving without 5G support but the Xbox integration included as well possibly signally similar hardware specs inside.

We will find out all the relevant Australian details of the Samsung Galaxy Note 20 in just two weeks time. Hopefully Samsung have something else up their sleeve to surprise us with on the announcement day. What is left to find out?