A few weeks ago Amazon launched their eero brand mesh Wi-Fi systems in Australia. eero is a mesh Wi-Fi system that replaces your existing Wi-Fi router and aims to extend Wi-Fi coverage seamlessly throughout your home, with setup taking just minutes.

A single eero plugs directly into your modem (becoming the gateway eero), while additional eero nodes extend your network’s range wirelessly or via Ethernet connections.

The eero mesh Wi-Fi system promises simple, reliable Wi-Fi for streaming, gaming, and working from home but does it deliver?

Setup instructions are simple. Install the eero app on your phone, unplug your existing router/Wi-Fi system and turn it off, open the eero app and follow the steps. Once each eero node is set up and connected to the Internet and it’s found the other eero nodes in your home it’s LED will glow a solid white. 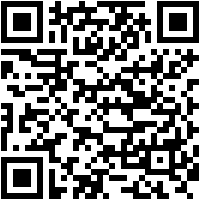 When it works for you the eero setup process is really easy. Unfortunately when it doesn’t work it’s kind of a pain.

That’s because like Google Wi-Fi mesh systems eero only allows setup of it’s Wi-Fi devices from a phone/tablet. More traditional routers allow setup from a mobile app as well as setup from a laptop/PC connected to the router/mesh device via an ethernet cable.

On my first setup attempt the eero app wouldn’t pass the “connecting to internet” stage of setup on a Samsung S10 5G phone. At the time I had an NBN Gigabit Fibre to the Premises connection (FTTP) and tried setting up Eero connected to my router (Netgear RAX80) as well as directly to my NBN Fibre NTD.

Then out of frustration I installed the eero app on an old spare Android Nokia phone and it did get past the connecting to the Internet stage and finished the setup process.
An Amazon eero spokesperson assured me that this problem was unusual and the eero app should work on any Android phone running version 5.0 and newer.

Experience of using eero and should you buy it

At the back of each eero node you’ll find the USB-C power socket and 2 network ports. You can either set up the eero nodes to connect to each other wirelessly like I did so each is equally distant from each other and the gateway eero (ideally not more than 10 metres between each).

Or you can connect them by network cable backhaul (which gives better performance) if your house/office is already wired up and has network ports on the walls of major rooms. Then you can place them a bit further apart to increase the coverage area.

The aim of eero is to be like the white fridge in the corner of your kitchen. It’s designed to look and perform like a kitchen appliance that does its job quietly and if it does it well then you don’t really think about it.

Yes there are options in the eero app to do things like notify you every time a new device joins the network, switch between static IP or DHCP, set custom DNS, experiment with IPV6 etc.

However the eero is really meant more for users who set it up, don’t want to think about Wi-Fi again and want the Wi-Fi devices to look nice without half a dozen blinking lights and spiky antennas everywhere.

I tried several times to test the speeds throughout the apartment but this was not really possible to do consistently from day to day because my FTTB apartment wiring isn’t great and the connection speed to the basement node fluctuates accordingly.

The better test is “has the Wi-Fi been reliable during the last few weeks since I’ve moved” and the answer is Yes. Whether it’s the laptops upstairs and downstairs, the phones moving around the house or the TV and Fetch Box, all have had smooth internet access.

True, sometimes when I look at the eero app I see devices have connected to an eero node that’s further away from them but that doesn’t seem to impact on performance or latency.

It should also be noted that this base eero system launched in Australia is dual-band 2.4Ghz/5Ghz. If you have a large home especially with solid brick internal walls a tri-band mesh Wi-Fi system (2.4 + 5Ghz + 5Ghz) would be better.

eero has a tri-band “Pro” model for sale in the USA with a third dedicated 5Ghz Wi-Fi band connecting the nodes. However eero Pro has not launched in Australia and Amazon advises they have no information about whether it will be made available in Australia in the future.

eero mesh Wi-Fi systems are available from Amazon Australia starting at just $199 for one node or $429 for a three pack. Currently there’s a 20% discount if you join Prime, no expiry is noted for this offer.

The eero mesh system we tested is recommended for and should work fine in any large apartment or small house. At the standard price for a 3 pack it is cheaper than Google Nest Wi-Fi which is also dual-band but retails for a bit over $500. With the current 20% eero discount the price gap is even larger and makes the eero even more value for money.