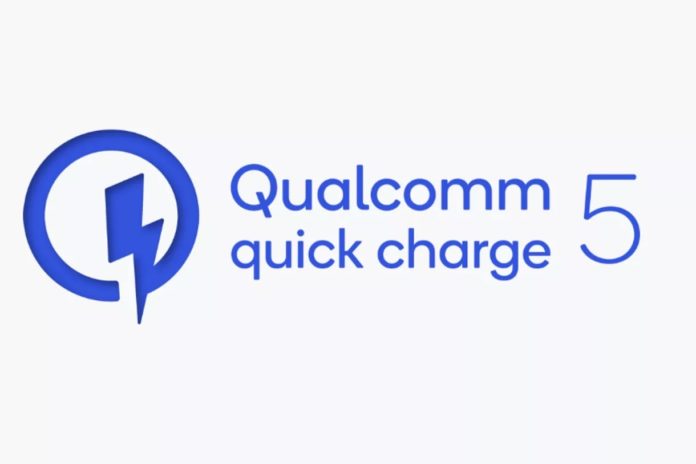 Companies such as OPPO, realme, and Xiaomi have focused on their charging technologies in recent years and are now way ahead of their competitors in that space. For those companies that rely on Qualcomm’s Quick Charge they will now have the opportunity to compete with Qualcomm introducing a faster Quick Charge overnight.

Qualcomm Quick Charge 5 (QC5) uses not just new developments in charging circuits but also leverages USB-PD to achieve 100W charging speeds. This is a change over previous Quick Charge versions which used their own proprietary charge protocols but instead now use the USB-PD standard for QC5. Anantech are reporting that Qualcomm have said that “battery technologies and chemistries have advanced to the point where using such high charging speeds won’t degrade capacity retention of the cells” but did not provide specifics.

The interesting thing is that because QC5 uses USB-PD as its charging protocol you don’t actually need a QC5 charger to get the QC5 charging speeds! As long as the PD charger supports the correct voltage and current it would be compatible — much the same way OPPO’s recent 125W charging technology does not require a specific charger due to it also leveraging the USB-PD protocol.

So what does all this new technology result in in real life? QC5 will apparently be able to charge a 4,500mAh battery to 50% in five minutes and fully charge it in around 15 minutes! To achieve these speeds though the manufacturer will have to put two batteries inside their device — eg. 2 x 2,250mAh batteries (OPPO do this too). Qualcomm did not announce which phones would support it, most likely because they have not been announced yet, but they did say it would arrive in Q3. We suspect that the Samsung Galaxy Note 20 may be the first to offer this new charging technology but it is unclear if they will go the two battery route to achieve the full 100W+ charging speeds.