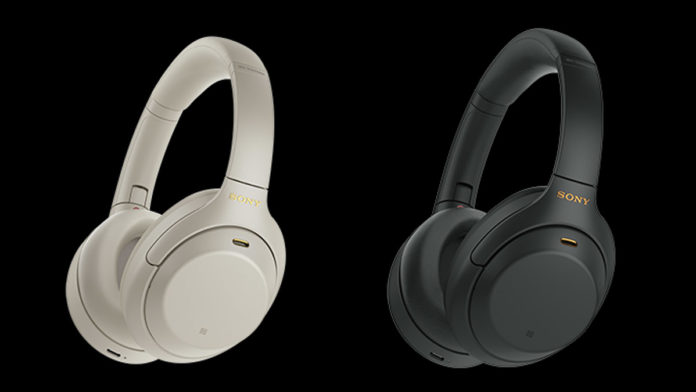 The Sony WH-1000XM3 are one of the best ANC over-ear headphones available but it has been a while since it was released. The successor to Sony’s successful WH-1000XM3 has been rumoured for a while and slowly over the past few weeks we have seen leaks occur suggesting that its release is imminent.

Sony Brazil published a teaser that only required a basic Photoshop alteration to show off the new headphones. This was followed by a price leak and then a possible official date teaser by Sony:

Save the date 👉 8.6.2020 👈 Join Sony Electronics’ Live Stream event to watch the unveiling of our latest innovation. #ListenWithSony https://t.co/gLe9EF1hUC pic.twitter.com/9I6Q3DJiEg

Now just a day or so ago a promo video was leaked by Sparrow News on YouTube showing off the headphones and its headline features. This new leak suggests that the upcoming Sony event will indeed be an unveiling of their new ANC headphones, the WH-1000XM4.

As you can see in the above promo video the headphones arrive with some form of “wear sensor” that will detect when you take the headphones off your head and will then pause the audio. When you then put them back on the music/audio will resume playback.

The headphones will also include location-based settings so you can have one setting for the train or public transport and one for home etc. With Google Assistant support included it will also pause music when it detects you speaking — something very handy to allow you to fully interact with those around you when you want to. After speaking it gives 30 seconds of silence for you to hear a reply from the other person before resuming playback again.

The design itself is extremely similar to the XM3s with the same 40mm drivers and 30 hour battery life. Given the similarity of the XM4 to the previous model now could be the time to pick up a pair of barely out-dated (given the similarity in design and hardware) Sony WH-1000XM3 at a much more affordable price.

The exact launch date of the Sony WH-1000XM4 is unknown and it is unclear whether we will see them in Australia any time soon. We certainly hope so as you can be sure that given their track record Sony will once again have a hit on their hands.