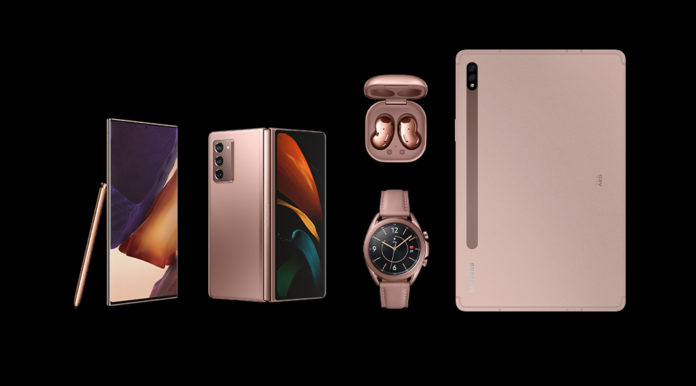 Samsung took to the stage this week and unleashed a barrage of hardware into the market. This was more than a few individual devices, this was a coherent family of products that complemented each other in a way that most OEMs just can’t seem to achieve, monopolistic, walled gardened, fruit companies aside.

That’s something we would dearly love to see from Google (in fact all OEMs), but for whatever reason they just don’t seem to be able to coordinate such a portfolio of products. In 2020, it’s not enough to have a great single device, consumers are expecting an ecosystem of interconnected devices that meaningfully work with each other. Google has all of the building blocks but they just don’t put them together in an integrated first party approach.

This shouldn’t detract from Samsung’s success however. They released meaningful updates to their Note line of Ultra Premium phones, Galaxy Tab range of premium tablets, Galaxy Smartwatch and Galaxy Buds Live fully wireless earbuds that’s almost a solar system of devices. So to recount that’s a Phone, Tablet, Smartwatch and fully wireless earbuds, what’s more is that each product is getting positive impressions out of the gate.

Rounding out Samsung’s ecosystem play is their range of Tizen TVs and their Smart Things IoT platform. The only thing they are missing from Samsung’s offerings is a viable voice platform, because Bixby just isn’t really relevant or a true voice platform.

That’s not to say these devices are perfect; they’re not, nothing is every perfect. But what they represent is a consistent, increasingly coherent ecosystem of devices that few other OEMs can match. What’s more they’re evolving and improving over time. As a steward of the overarching Android code base Google is crushing it. As an operating system it is maturing, with diverse contributors, multiple branches and a large array of devices using the open sourced code. This is truly a great thing and something we often don’t acknowledge anymore, there are multiple competing ecosystems built of the back of Google’s and others hard work.

That may just be a long term risk. With competitors like Amazon and Huawei both re-purposing Google’s code to develop their own ecosystem and other platforms such as Tizen and Roku being developed for non phone form factors Google may one day find themselves not controlling their own ecosystem or at least the dominate market segment of it.

Google’s flavour of Android and their other platform plays for Smartwatches, TVs and even Voice are not assured long term. This is certainly hurt by the fact that the Android Open Source Project gives away the keys to anyone who wants to fork it, and likely explains why Google is moving more and more of the Android OS updates out of ASOP and into Google Play Services.

Sure it also assists with updates and security, but I’m sure they also want to stop others standing on their shoulders, we’re not sure we think that’s a bad thing. Here’s a quick look we did at the state of platforms in 2020:

Google has an platform for every major segment of the consumer tech market, they just need to finish tying it all together in a coherent and consistent way (no more fragmentation). Of course in 2020 they need to be more integrated whilst somehow staving off anti competitive claims from the like of the EU and others, not easy we know. Of course one solution to platform partners competing or leaving is just offer hardware that people actually want to buy, apple seem to be doing ok with their walled garden. It’s a hard balance, one thing we really value at Ausdroid is interoperability, we would hate to see a Google in 5 years offering products that only work with other Google devices, and devices from other OEMs not working with theirs.

To say that would kill everything that is great about the current Android ecosystem would be putting it mildly. So Google needs to create a truly great array of hardware based on interoperable platforms, that creates a coherent ecosystem of interconnected devices that seamlessly works with other OEMs devices and lets those OEMs devices play nicely inside the Google ecosystem, are we asking too much?

What we’re describing sounds great, and very consumer friendly. It also is the basis of the original Android open philosophy, remember be together not that same? We do and it’s still what we want that future, but Android has to move beyond removing fragmentation between Android phones.

If we put aside the larger ecosystem and interoperability and just focus on Google and their hardware for a bit. Google needs to be relevant, they need to be present, and they need that for every major market segment. Let’s take a quick look at Google’s hardware.

What does this tell us? For one thing Google has at least taken two categories seriously, Phones and Voice/ IoT. However they have failed to enter the Smartwatch market and may just be finally releasing hardware for Android TV, we guess they deserve a special mention for multiple years of Chromecast devices as well.

As for tablets and Chromebooks their approach has been inconstant at best, with irregular release schedules and a general lack of leadership in the space, additionally they have never pushed these devices out broadly to the international market. Rounding out the list is the relatively new category of accessories such as headphones, where Google has come back to the table for a second year.

Looking back at Samsung they have an entry in every device type (apart from a meaningful smart speaker), and multiple devices in many categories. Basically if you want a device, chances are Samsung has one, and at multiple price points. Google needs to replicate this length and breadth of product offerings.

While we are not specs junkies, it is just a reality that in 2020 there are a category of devices we now call ultra premium. These devices are incredibly highly priced and highly prized. These devices most certainly transcend the technology within them and have become status symbols and fashion accessories.

Regardless of how we personally feel about this trend away from economies of scale, and improving accessible technology the ultra premium category exists, and Google needs to be there, somehow, and soon. The hardware market revolves around people wanting one thing, and perhaps walking away with something else, Google needs their lust phones just as much as their current crop of solid performers.

Unlike other luxury items like such as cars and fashion accessories these ultra premium devices are made more accessible for more people thanks to carrier subsidies and repayment plans. Make no mistake you pay for them in the end, it just feels easier. In 2020 you need a mobile phone subscription plan, right? You do not need a handbag subscription plan, it’s easier to justify to yourself.

Consumer economics aside Google needs to be present in every device category, they need to offer compelling hardware, preferably at various price points, and they need to refresh these line-ups every year. This is what they need to do if they want to stay relevant as a hardware company, maintain pace against their own partners, and perhaps even wrestle some market share away from Apple who have a very strong device ecosystem and release cadence.

As a first party hardware company Google can no longer be releasing “best in class reference devices”: the Nexus 5 era is over. Google’s latest device, the Pixel 4a, is excellent and it could easily dominate its segment of the market, now Google just needs to do that about 10 more times.

Samsung announced that it will guarantee 3 years of OS updates

How are they these days on the more frequent security updates?

I use a lot of Google products, I have 4 home speakers throughout my house, a home hub, my partner has a Pixel 3a, I use a Pixel 4 XL, I had a 3/2 and the original Pixel,I feel like with smartphones Google is still searching for its identity, and that the problem, they started the Pixel smartphone range as a rival to iPhone, which in some aspects it is, but of you complete with the iPhone you have to much it and better it in every category,that’s hardware, software and support for devices as long as apple does, I… Read more »

I want people to question why Samsung charges so much for these devices. They have truly become the Apple of the Android world… yet with Apple, there is a reason why you can justify paying more. I can’t say the same with Samsung. Even with EPP discount, I will steer clear of Samsung. For all its fault, when I am in my Android phase, I will stick with Pixel/Wear OS (funny how my Pixel 2 XL runs smoother than the S20). Says it all.

KJ, please don’t ever thing we approve of these ludicrous prices (not that you said we did), even from Apple. It may be good capitalism , but it’s terrible for the longevity and equality of consumer tech, not to mention the’re just ripping us off!

So in that case Duncan, What Phone do you think is the best bang for your buck regardless of mid range or high end ?

Hey Haris, I have a Pixel 4a in my hands this second… it will be hard to beat if you can spend that much. If you can’t I have been very fond of the Moto G8 line of devices.

Im Currently using a oneplus 5 so Pixel 4a feels like a downgrade at the moment. I will be waiting for the pixel 5 which looks quite promising this time around and then hopefully pull the trigger . Thanks for your advice and looking forward to the review for it from AUSDROID. Keep up the good work guys.

Google certainly does some good things , google maps , google home speakers , some of their phones are ok , but sometimes google seems to be like a dog chasing cars , you never know what they are going to do next. What will get canned next ??? Google play music ? What will get omitted next ???? a headphone jack ? a flagship ? Will they put logical hardware like bigger battery`s in their phones ? If Samsung was not the big player in android over the last decade , i have my doubts whether android as a… Read more »