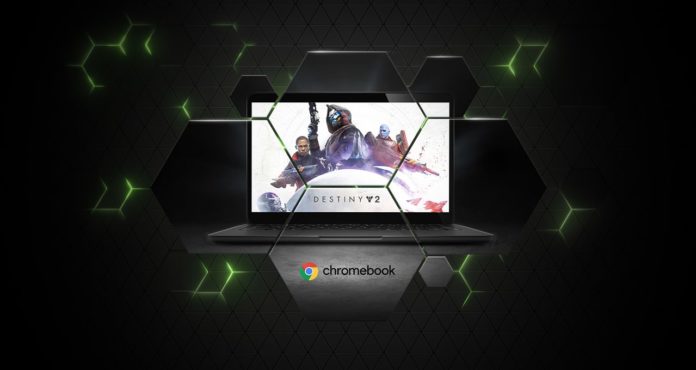 Chromebooks have been criticised by many in the past for many varied things and one of these criticisms has been its inability to play high end games. As a cloud-based device Chromebooks would be perfect for cloud gaming you would think but unfortunately the development of them on the platform has been lacking.

NVIDIA’s game streaming solution, GeForce NOW, was in beta for quite a while (although hit and miss with availability here in Australia) but when it left beta earlier this year NVIDIA promised that it would come to Chromebooks some time this year. Now on their own blog NVIDIA has announced that users of Chromebooks will now be able to play PC games using GeForce NOW.

To access it users, in supported countries, just need to head on over to play.geforcenow.com and either log in or create a new account — there are both free and paid accounts. As part of the new Chromebook support NVIDIA has released a new Founders membership that includes some added goodies including exclusive Hyper Scape in-game content.

NVIDIA say that rather than use the mousepad on your Chromebook a mouse will give you the best experience — no surprise there. The new Chromebook support allows users to play against friends no matter what platform they are streaming from because GeForce NOW plays the PC version of the game from “digital stores like Steam, Epic Games Store and Ubisoft Uplay.”

At this stage the availability is in beta form and soon will include the ability to sync games from your Steam library with the GeForce NOW library.

It is great to see GeForce NOW coming to Chromebooks — now if only NVIDIA brought the possibility to Chromebooks in Australia too. We will of course be in touch with NVIDIA to hassle them about releasing it here but don’t hold your breath for a release any time soon.

I’m assuming Australia is not a supported country since I get an error when I try to access that page.