Home News and Editorial Google discusses a new News licencing program, Australia has been removed due... 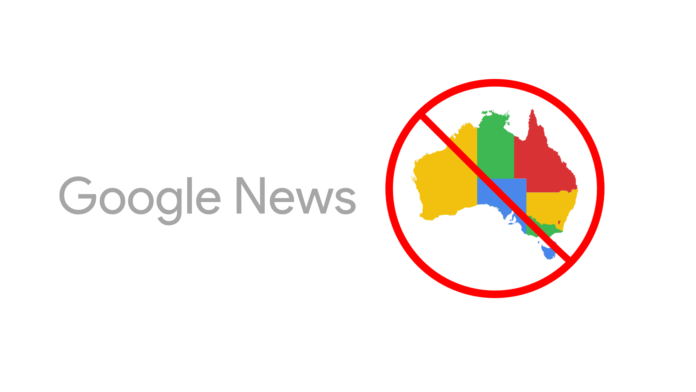 Back in June Google announced it was working on a new program to licence and pay for high-quality journalism and media, at that stage Australia was one of the trial markets. Today Google has released an update on the program and Australian media organisations have been pulled from the trial.

Google telegraphed this in their open letter to Australians earlier this week. It actually makes sense that during this period of unrest and non-cooperation between Big Media in Australia and Google that they would be removed from the trial.

We know there are arguments that this proves that Google and Facebook have too much power, and we have never argued that Google (or Facebook) should be left unchecked. In the end, Google and Facebook are private companies, they can make any changes to their free services whenever they want. This does risk how what we perceive as the web could function.

Conversely, it also shows exactly how much value Google does bring to the media industry. Right now, this morning, 71% of Ausdroid’s traffic has arrived via either organic search or Google News, and 70% of that is from Google (Ausdroid is no longer on Facebook). That traffic is 100% free to us and it’s what keeps small and independent news organisations operational. If you’re a media outlet that does not want to be indexed by Google or appear in Google News then you can mark-up your pages with the robots.txt file and Google will not index your content inline with your wishes. Large media outlets know exactly how much free value they are getting from Google, they just want a second bite of the cherry.

In Spain when publishers pushed for regulation for Google to pay for news content Google simply withdrew from the Spanish news market and search traffic and overall profitability for media dropped. In Germany when Media outlets were allowed to opt-out of Google if Google refused to pay for their snippets the publisher’s lasted less than a month before agreeing to come back onto Google’s free platform.

Again, is this the hallmark of a truly valuable free service that Google has created, or evidence that platforms like Google and Facebook control the market, or both? So what are we going to miss out on locally?

This mornings announcement has now reduced the trial to just Brazil and Germany, where Google will work with ‘eligible’ publishers (ie. large ones) on a range of strategies to drive readership, foster brand relationships and pay for content. Strategies include Google paying for paywalled content so readers get a consistent experience while News outlets maintain their business model.

Hosting content on Google News in a consistent way but including elements of an outlets branding to help foster relationships and make attribution clear. Google is now looking at user testing to understand how readers engage with these strategies and how that affects media outlets overall. Google is looking at a larger rollout by the end of the year, it’s unclear if moves like the ACCC’s attempt to over-regulate the news relationships between Google and Facebook and larger media outlets will affect any future Australian launch.

The leadership and team at Ausdroid strongly oppose the currently proposed ACCC regulations. They do nothing to foster a vibrant small and independent news voice and only seeks to further empower the mega media corporations who’s failure to thrive is more tied to them being out of date, than Google somehow ‘stealing’ their business.

This is a nuanced debate, one that could have ripple effects across Australia now and into the future. We are not saying do nothing, we are not saying Google and Facebook are perfect. What we are advocating for is more consultation with media organisations of all sizes, as well as the readers before a regulation is established that only benefits the draconian media elite who are scared of losing their death grip on the Australian news landscape.

A someone who has been a member of a team instrumental in deploying G-Suite products throughout the globe, I appreciate the good and bad of Google. The fact is, somethings Google does are socially beneficial, and deserve praise. Unfortunately a number of things it does are not. Most of the latter is related to its failure to play fair. It hijacks other peoples intellectual property, and uses this to boost its value proposition and attract further eyeball time and advertising revenue. Its not just the news content it takes from the media companies that create it, but in doing so,… Read more »

“Google Australia’s latest financial accounts shows it paid almost $100 million in tax in 2019, which is far higher than previous years. But the tax paid on profits needs to be considered in the context that the company did not locally count $4.8 billion in gross revenue, mostly from advertising. Much of this revenue still gets booked offshore in Singapore, under “Google Asia Pacific”.” https://www.abc.net.au/news/2020-05-18/google-pays-more-tax-but-still-makes-billions-in-singapore/12254448 the old profit shifting crap multinational companies pull all the time. Singapore enables this tax dodge with special sweetheart deals for big companies to pay 1% tax there instead of the Aussie rate. Thanks for… Read more »

Can I just say, this is by far the most articulate and well reasoned article I’ve read on this issue.
I feel this whole issue is less to do with Google or even everyday news, and rather, more to do with the amount of control big media has over the Australian government and their governing bodies. I wonder what even started this whole process in the first place? Or should I say, who?

Google is the better of two evils, not the messiah.

If they are this scared there must be something good in this.

Last edited 2 years ago by DellStreak

Hey Duncan, thanks for your writing in the past few days. I read your articles in doing research for my own.

I thought I’d share my perspective on why it feels like there’s no good solution, but also where we may be able to start looking:
https://medium.com/@jcfiction/who-really-loses-accc-google-7ce1d7811428

Hey Justin, a very thoughtful argument, and hard to disagree with. The system is definitely broken. Our perspective is any change that is brought in locally must consider the impact on the whole media landscape. This regulation is not bringing back local journalism, nor is it going to provide more of a voice to more people. We can see it will consolidate power back to the old large media empires. Your follow the money approach is certainly a starting point for a solution. The control and flow of our ‘information oil’ is at the heart of web economics, and is… Read more »

Hey Duncan, thanks for your thoughtful response!

Your points about a data economy are really fair and a reminder to consider second-order effects. Thanks for sharing Solid Project too, I love the idea.

I’d definitely love to read your thoughts on web economics. I’ve since gone on to explore further via a thought experiment, to try and unravel all the complexity. Just published and thought I’d share, hoping to inspire some solutions.

A visual metaphor for the internet in 2020: https://uxdesign.cc/visual-metaphor-for-the-internet-7ba3fea5b0d1

PS. I thought I replied right away but I’m not sure if it came through!

Duncan, given that one of the ACCC’s remit is to foster ‘competition’. Have the small media entities like Ausdroid been represented in this whole conversation? If so, did the ACCC have a view on how they see the independent media organisations (such as yours) will be able to, not only compete and survive, but also thrive under the new legislation. This whole thing appears to be a directive issued by a government with vested interests to appease a certain media mogul, with no thought for the sustainability of a healthy independent media landscape. Its a whole separate debate about monopolistic… Read more »

I am going to miss Google News