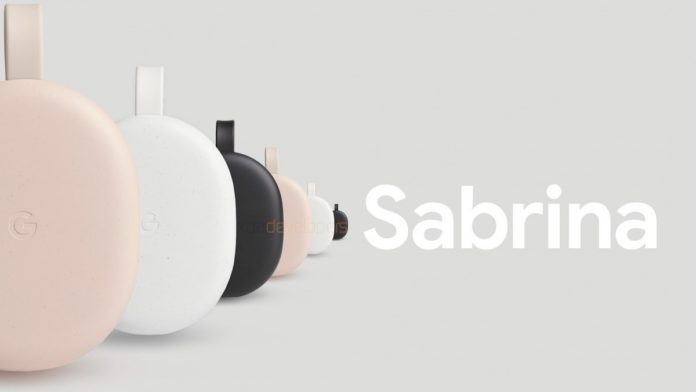 With a slew of new Google hardware expected over the next few months, we’ve been keeping a close eye on the FCC and today spotted two new devices passing through. A Bluetooth and Wi-Fi ‘Interactive Media Streaming Device’ and a Bluetooth only ‘Wireless Device’, we think they’re the new Android TV Streaming Stick ‘Sabrina’ and the corresponding remote control.

The filling is sparse of any specifics outside of wireless protocols however, given the fact that the two devices went through the FCC together, and the limited wireless capacity of the second device we are confident that these are likely the Android TV-powered successor to the Chromecast. The two compliance labels do no reveal much extra in the way of details.

The rectangle label belongs to the media streaming device, and apart from listing Thailand as its place of manufacture tells us nothing new. Same with the second label, it is depicted placed on a device roughly the shape and proportions of a remote, which further suggests this is Sabrina and her remote.

With Google already leaking the new Nest Home speaker, and now the new Android TV device popping up at the FCC we are starting to get an idea of what to expect at the 2020 Made by Google event.

SO far we are tracking:

What else to you think Google will reveal come October?

True. A pixel watch with Google assistant and feature drop update will be great….

A watch. Been wanting one from Google for ages!!!