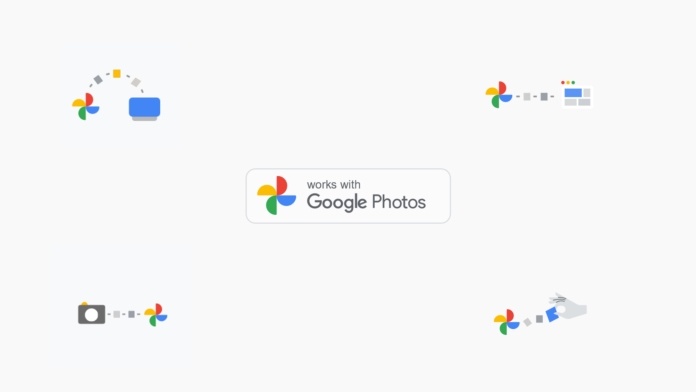 Google technically launched a developer partner program some time ago allowing developers who want to integrate Google Photos into their products deeper integration with Google Photos. Broadly it seems integrations fall into one of four categories — Backup, Printing, Apps and Services and Smart Displays.

If you’ve ever used a Fuji Film kiosk to print your photos out, you may have seen the ability to actually log into your Google Photos account and print directly from the Kiosk: Fuji is an official Works with Google Photos printing partner.

The developer guidelines give us a little insight to the types of integrations we may see with suggested guidelines for UI buttons for ‘Save’, ‘Add to’, ‘Add from’ and ‘Connect’ shown. And any third party who is accepted into the program will be able to use the new Works with Google Photos branding.

It will be interesting to see which developers implement the integrations and what utility we as users get out of it. Google Photos certainly has been one of Google’s most successful products, so from a user perspective, it’s great to see it may just become a little more ubiquitous.