Home News and Editorial NVIDIA Shield Upgrade 8.2 is the 25th software update for the Shield... 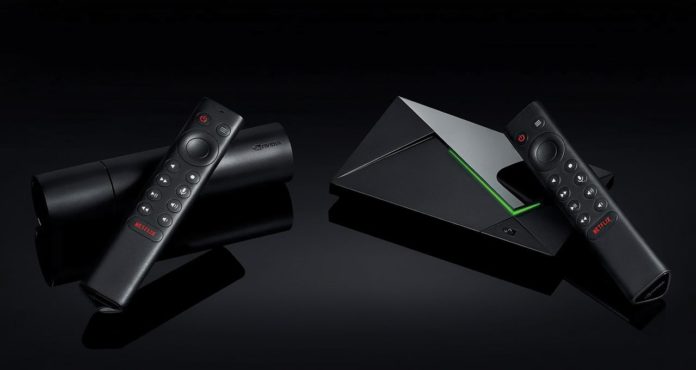 Android OEMs aren’t known for updates but NVIDIA wants you to know that they pride themselves on their track record with today’s SHIELD Software Experience Upgrade 8.2 marking the 25th update for the OG NVIDIA Shield Android TV. This isn’t just a PR update however, let’s see what’s new.

Unfortunately for OG Shield TV owners, today’s update doesn’t deliver a lot to us, unless you’ve switched to the new NVIDIA Shield remote. The two headline features are improved 4k AI Upscaling and an update to the Shield Remote. NVIDIA has rolled out enhancements to their AI-based 4K up-scaling technology allowing for UHD 4K up-scaling support from 360p to 1440p content but only on the 2019 Shield models with the more powerful Tegra SOC. 2019 Shield Pro owners also get support for 4K UHD 60 fps content.

Up-scaling support is available for Live TV, YouTube and with an update to the GeForce Now game streaming app will be coming to Games streaming on the platform as well.

The new Shield remote features a customisable button (the menu button in the top left of the remote) allows users to set a range of functionality to the hard button. Today’s update expands the functionality of the buttons from a single press to also include double press and long press. This update will allow up to 3 discrete actions to be programmed to the remote. While a simple update, it could dramatically improve utility for some users, and show a thoughtful progression of NVIDIA’s software updates.

OG Shield owners aren’t completely out in the cold, with updates also coming to the IR blaster built into the Shield remote 2 and CEC functionality of the Shield platform. This will allow Shield to better control the volume of attached display devices.

The update includes the ability to control the volume of linked devices even when the Shield is in standby, and extended this compatibility to the Shield mobile app and Google Assistant if you have linked your Shield to Assistant.

For PC and RAID storage users you’ll be glad to see SMB3 networking support integrated making auto-detection of networks storage easier. You will now be able to natively integrate PC storage without having it use an intermediary like PLEX.

We have to hand it to NVIDIA, the original Shield launched in 2015, and five years later they are still providing support, updates and security patches where the hardware allows. There are no other OEMs in Android space that we are aware of that can make that claim.