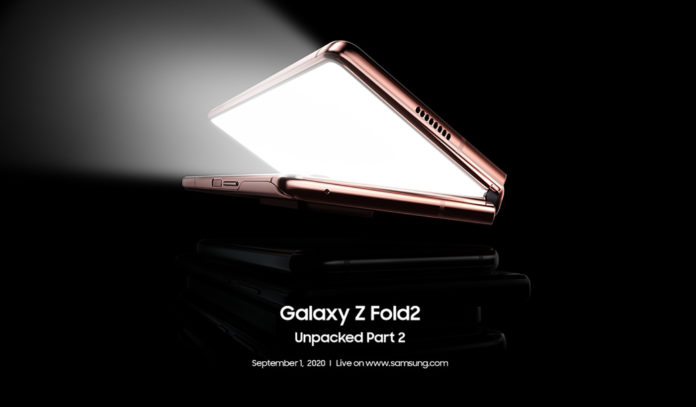 We know it’s coming and we’ve already had a steady stream (not even drip feed this time) of leaks regarding the Samsung Galaxy Z Fold 2. The leaks have given us details like the chipset, memory, storage, cameras and connectivity. Until now, we’ve not seen any indicative pricing but Winfuture has changed that.

In an article, they note the pricing that is expected in Germany and it’s eye-watering:

The price of the new, absolute top model from Samsung’s smartphone lineup for the Galaxy Z Fold 2 5G drops to “only” 1999 euros. To what extent such a high price for a smartphone is justified, the potential buyers have to decide for themselves.

It’s fair to say that the Z Fold range from Samsung is leading the way in foldable technology. Now with the second generation of devices landing that technology has taken another step forward, but is the price worth it?

guess ill be keeping my og galaxy fold for a while i suppose, even though the new z fold 2 does look nice with no notch and bigger secondary screen but it just simply doesnt justify the crazy $3500 price tag

No phone is worth that sort of money

If Microsoft can get some decent internals and essentials such nfc with at least a small screen on the outside into the Duo at say around $1800 they will have a winner compared to an overpriced Fold with questions over longer term durability of the screen.

That is a fair bit of coin Phil , if i was Samsung , i would be sweetening the deal for consumers to make it look more palatable. The technology is cool , but consumers still want to see value , like if buying an expensive flagship , they want to keep the device longer to make all that coin spent stretch and seem worthwhile . Sammy could offer 5 years of updates , perhaps a subsidised screen and battery replacement at maybe 2 or 3 years , or even a change over refurbished unit for a small fee. Chances… Read more »

lol…any more in ur wishlist?

You raise some interesting points. Especially the longer duration upgrades and potentially throwing in a free battery replacement at 2 years

Thanks Mate , maybe i`m barking up the wrong tree , but i think these big phone makers could certainly add some maintenance options that made devices more attractive and added more value and maybe longevity to the device for the consumer.
Perceived value sells phones .