Not much has arrived on time this year but it seems that COVID-19 and civil unrest have not slowed down Google in their work on Android 11. Good news for Pixel users (and other Android owners) because it is now rolling out to those phones now.

We already know what to expect from Android 11 thanks to the developer previews and betas that we have seen so far this year. Not much has changed with the final release from the final beta but Google have detailed the main changes on their blog.

What does Android 11 bring?

Bubbles — yes, bubbles are not a new feature for most users but Google now have their own Bubbles API for messaging and chat apps to use.

Device controls have their own shortcuts now located within the power menu providing faster access for users to their connected devices. Using Google’s API apps can make their own device appear in this menu.

Media controls are now within the quick settings area, making it easier and faster for users to control their audio or video content.

One time permission — it is now possible to give an app access to the device microphone, camera or location a single time only. 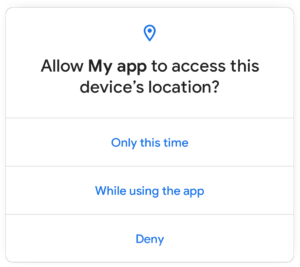 Google Play system updates — Google have “more than doubled the number” of modules that are updateable via the Play Store.

Enhanced 5G support — Android 11 brings with it updated support for 5G networks allowing apps to determine if a user is connected to a 5G network, whether the connection is metered and get an estimation of the connection bandwidth.

New screen type support — Android 11 now supports hole-punch and waterfall displays, allowing developers to optimise their apps to these displays (a bit late on this one I dare say but I’m sure we will see these displays for at least another year or two).

There are also some Pixel-specific features with app suggestions on your home screen based on your daily routine, the ability to select text and images from a screenshot and a new smart reply from your keyboard among several new changes.

The new Android 11 update is rolling out to all Pixel smartphones from the Pixel 2 and newer. Expect it to begin rolling out on select “OnePlus, Xiaomi, OPPO and realme phones, with more partners launching and upgrading devices over the coming months.” Let’s hope that it does not take these other manufacturers too many months.

Adding fuel to the fire that the Pixel 5 will launch in a couple weeks? I imagine that one would have A11 pre-installed.

Anyone else notice gboard force closes on any conversations in bubbles (chat heads)? Makes them impossible to use for me..

So far my phone has frozen twice, since installation of android 11☹️

all Google will say is to factory reset it i reckon.

Upgrading now. (Pixel2 XL). Will be the last update it gets I’m guessing. Would like to consider a Pixel 5 but with no XL version sort of left out in the cold.

In the same boat, Chris. The Pixel 2 XL update has been flawless, thankfully. I will need to find a retailer that has a display model of the 4a 5G and 5 to see if the smaller screen will be usable for me, or just annoying. I suspect the latter. 🙁