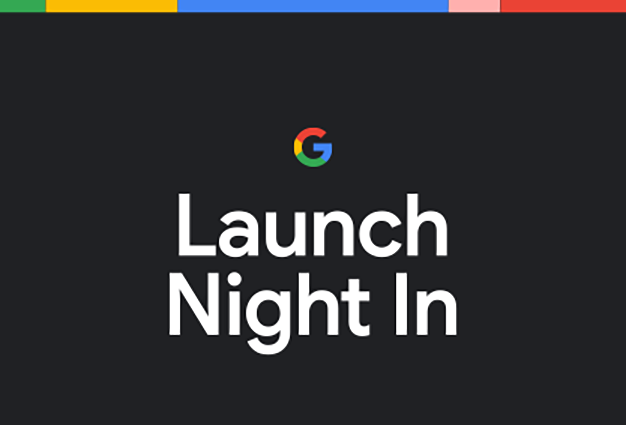 We already know that the Google Pixel 5 and Pixel 4a 5G are coming soon. We have heard and seen glimpses of Google’s new Chromecast called Sabrina which apparently includes Android TV and have seen Nest speaker leaks in recent weeks.

The good news is that we won’t have to wait too much longer to see them all with Google confirming that they will be announcing all of the above on September 30. The good news is that the event will be live streamed to the public at 11am PT — this equates to October 1, 4am AET. Looks like an early morning for this Ausdroider.

Get your popcorn ready for #LaunchNightIn.
Click below to know when to tune in. 👇 pic.twitter.com/RpKOinCDHj

The FAQ for the launch reveals that Google will be launching “our new Chromecast, latest smart speaker, and new Pixel phones.” No real surprises but it will be good to see all the specific details of the devices and the new tricks that Google will most undoubtedly introduce with them.

The new Nest speaker is expected to finally be a replacement for the original Google Home which Google have provided some details to use all about with its ability to pair to other speakers as well as what appears to be wireless — ie. battery included. 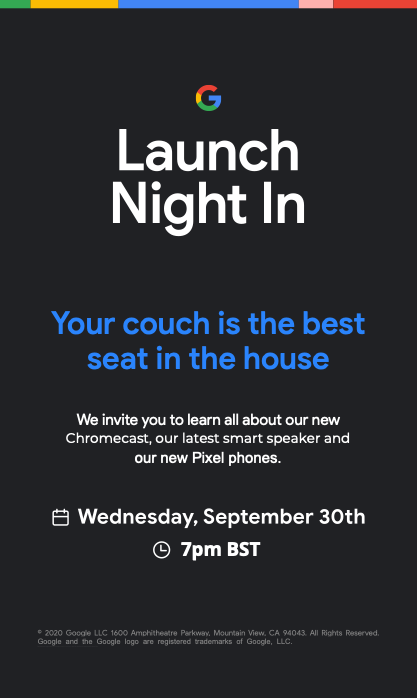 The Google Chromecast device “with Google TV” built in (Sabrina) is also expected to be launched with a price of under $100. Even with the Australia tax the device is expected to be under that mark with it costing just $49.95 (or $59,98 — leaks vary) in the US — we’re watching you Google, please make it so.

Lastly and most definitely not least are the Pixel 5 and Pixel 4a 5G. The Pixel 5 is already leaked beyond all recognition and the Snapdragon 765G-toting mid-premium range phone will arrive in what looks to be a step down from the Pixel 4. Google it seems have decided to stick with a more affordable range. Pixel exclusive Motion Sense is gone, replaced with nothing, fingerprint sense is so very 2017 with it being placed on the rear of the device, along with a dual rear camera again and a 90Hz display.

We are sure Google will do some amazing things with the Pixel 5 and with a much more affordable price of what we expect to be in the AU$1000-$1200 range they should do very well with sales.

The Pixel 4a 5G is expected to be not just a Pixel 4a with 5G but will include some upgrades including a 3,800mAh battery, the same SD765G chipset as the Pixel 5, and a bigger display. It will be interesting to see how it performs side by side with the Pixel 4a and with a starting price of $799 you would expect it to perform better than the very popular $599 Pixel 4a.

October 1 is set to be a big day for Aussies with the Made By Google event one of our favourite days of the year. Hopefully the products launched can live up to the hype surrounding them. Which one are you looking forward to checking out the most?

Pixel 5, might be the one, its ticking all the right boxes… hope my 5x can last until launch day
But the sabrina device sounds interesting, will see how they market it. My thinking is that the traditional chromecast dongles will fade away and with this more functional device being the one and only for TV connectivity. Chromecast dongles have done their requirement in democratising the cast protocol in apps etc. Now they can look at getting people to use more of android TV, but as a bridging idea, the chromecast targets are still there.

you wouldn’t pay that for a Pixel 5?

that was always going to be the case when they announced the pre-order and delivery dates for the 4a, at least in oz