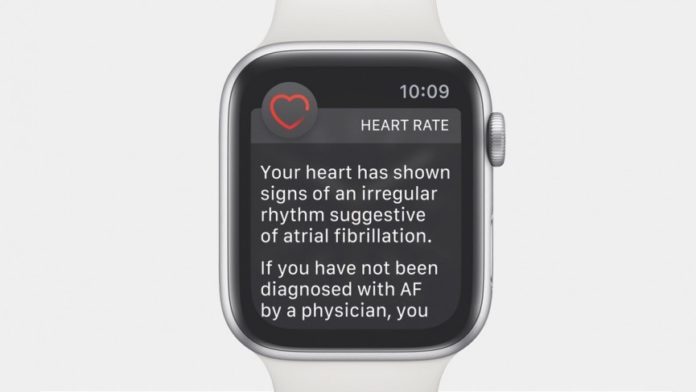 Fitbit today announced it has received clearance from the regulators in the USA and European Union, for its electrocardiogram (ECG) app to assess heart rhythm for atrial fibrillation (AFib).

Fitbit’s new on-device compatible ECG app helps analyse the heart’s rhythm for signs of AFib. ECG is a measurement of the electrical activity of the heart, and the Fitbit ECG App is a simple way people can take an on-the-spot reading of their heart rhythm at any time, including whenever they notice any unusual cardiac symptoms.

Just because the US Food and Drug Administration (FDA) and Conformité Européenne approve the Fitbit ECG app doesn’t mean it will automatically be enabled for Australian Fitbit Sense buyers. That will occur if the Australian medical devices regulator, the Therapeutic Goods Administration (TGA), decides to approve it for use here. Don’t hold your breath because they still haven’t approved the Apple Watch ECG functionality for use in Australia either.

“Helping people understand and manage their heart health has always been a priority for Fitbit, and our new ECG app is designed for those users who want to assess themselves in the moment and review the reading later with their doctor. Early detection of AFib is critical, and I’m incredibly excited that we are making these innovations accessible to people around the world to help them improve their heart health, prevent more serious conditions and potentially save lives.”

As part of the submission process to regulatory agencies, Fitbit conducted a multi-site clinical trial in regions across the U.S. The study evaluated the algorithm’s ability to accurately detect AFib from normal sinus rhythm and to generate an ECG trace, or recording of a heart’s electrical rhythm, that is qualitatively similar to a Lead I ECG.

The study showed that the algorithm exceeded target performance, demonstrating the ability to detect 98.7% of AFib cases (sensitivity) and was 100% accurate in identifying study participants with normal sinus rhythm (specificity).

Having worked as a journalist at the Sydney Morning Herald, my tip would be to stop speculating and actually call the TGA. Then call the the office of the federal minister, Peter Dutton, for a comment. You’ll then have an informed story.

Response was: “We are excited to bring this important technology to our users and we were committed to doing so only after thorough testing and development, and by working closely with regulators around the globe including Australia to bring this feature to market soon. We will keep you informed on the timelines.”

sounds like no not yet. the tga’s criteria must be stricter. thanks again Neerav for always for following up.

Last I heard (as of last year),rumour was apple hadn’t even bothered to submit to the TGA, whether that’s the TGA charge too much or have a process much more strict/stupider than USA/EU (likely stricter than USA and cost benefit of stupidity not on par with EU). I switched to android (regrettably Nokia 6.1 and then Galaxy S10, Nokia was too slow, low memory and storage, Galaxy S10 has the stupid curved sides which hampers more than helps), my wife has iPhone but I don’t want to get a watch that doesn’t support ECG (and then not sure how well… Read more »

That’s interesting Tim. Hopefully Fitbit apply to TGA for approval and get it

has fitbit confirmed actually submitting it to Aus regulators? it would be could to understand where exactly it was in the process. i might be wrong but what added to the apple watch situation was that at a point it was unclear were they were in the process ie. was it ever actually submitted. really interested in the sense but to much ambiguity surrounding the brand and the product.