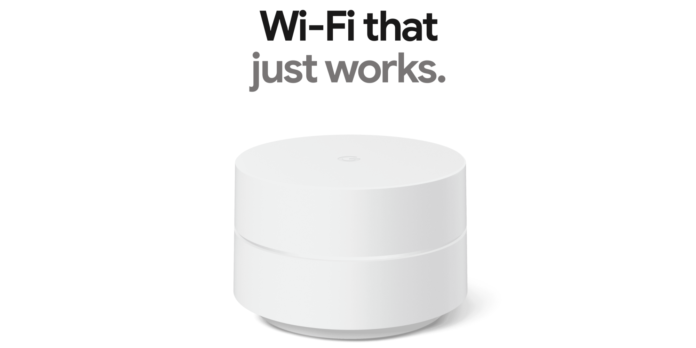 One week after Google’s annual hardware event they have released an updated version of the original Google WiFi, coming in at a reduced price and sporting a few new capabilities. That’s right, in the new era of Nest Google just released a new Google product, it’s not hard Google, choose a brand and stick to it.

Google isn’t actually pitching this as a new device, despite the fact we saw it go through the FCC. Rather this is being pitched as a price reduction for the original Google WiFi during these times where people are looking for improved home connectivity, Google’s tagline for the updated device is “Wi-Fi that just works”.

Ok, so what’s inside? Basically, it is the same WiFi 5, 2.4/5 GHz frequencies as the original, the USB-C power adaptor has been swapped out for a standard barrel fitting and the screen printed G logo up to has been switched to an engraved finish. There is no WiFi 6, which in late 2020 is a rather questionable decision — of course on the plus side the hardwired LAN ports remain.

The big news is the price reduction to US$99 for a single pack, down from US$129 for the original, and US$199 for the triple pack, down from $299. That doesn’t represent a huge saving on just one but over three devices those saving mounts up. While there’s no news on an Australia release if they do come here we’d expect them to sell for $149 and $299 respectively.

New feature for all
If you find the release of updated hardware without WiFi 6 a little underwhelming, perhaps the new features rolling out to the OG Google Wifi, new Google WiFi and Nest WiFi may be more to your liking. The main new feature is device notifications.

The other new feature is an enhancement to reduce network delays and avoid congestion across your mesh network. These feel more like promises rather than tangible features, but any attempts to make devices work better, especially over Wi-Fi is appreciated. The new updates are rolling out from today, so if you have existing Google/ Nest WiFi devices, spam on that update button.

Google wifi has been great for me. I haven’t looked at them, since I plugged them in about a year ago. Granted there’s no wifi 6, but I’m on a FTTN NBN connection, so I have no immediate need for such speed anyway.

I’m hoping they bring these to Australia, so I can buy another point for my place, and grab a set for my parents house.

Thanks Harry, we do moderate all comments, unfortunately when our human moderators are asleep they comments take longer to be approved. You’ll note your comment was approved when we woke up.

Due to the nature of online comments and spam we have to moderate to keep the site anywhere near civil.

I still think that cisco wifi routers are the best.

I wonder if the clowns are going to mess up port forwarding again and if they’ve ever managed to fix the “goes off line randomly if connected by physical ethernet”. Had 6, they continued to go off line every few hours, threw them out.

So good to see Google continue their apparently aimless approach to marketing, product development and brand…

More fragmentation. When will Google learn.