As Telstra continues to roll out its 5G mobile network it’s 5G coverage map for Australia’s major cities and towns is starting to look more like a connected web of Swiss cheese with lots of holes compared to the initial isolated small islands of coverage a year ago. 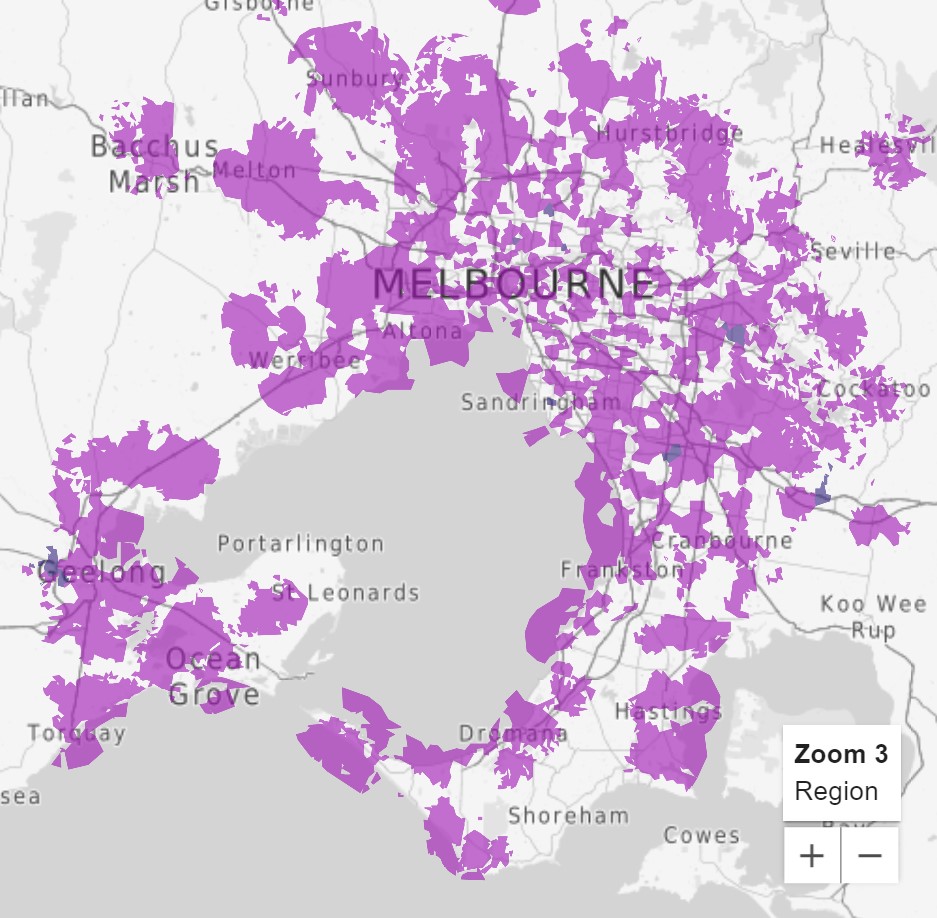 That being said looking at Telstra’s national 5G coverage (purple) compared to 4G (dark green) you can see that it will be several years until the 5G coverage gets even close to rivalling 4G coverage. As you can see in the purple parts of the Sydney, ACT and Melbourne coverage maps, more than 40% of Australians now live, work or pass through Telstra 5G areas. Optus 5G coverage is much smaller and Vodafone just has a tiny number of test sites available for their customers eg. Parramatta. Telstra has switched on its 2000th 5G site, with Airlie Beach in Queensland’s Whitsundays joining more than 60 other cities and towns across the country where Telstra’s 5G roll out is now underway.

Telstra Group Executive, Networks & IT, Nikos Katinakis said Telstra had reached a new national milestone for population coverage as the 5G network roll out picked up pace ahead of major 5G device launches.

“41 per cent of Australians can now access Telstra 5G – which means more Australians now have the ability to switch to a 5G device and enjoy the benefits,” Mr Katinakis said.

“Our 5G now covers an area that more than twelve million Australians live, work or pass through on a daily basis, giving them access to a superfast network at a time when connectivity’s never been more important and when there’ll be more 5G devices to choose from than ever”.

“We’ve recently announced our intention to roll out Telstra 5G to 75 per cent of the Australian population by the end of June 2021, which will expand our network to even more suburban and regional areas.