Last year we took a look at the Blueant X1 and X2 speakers, finding them both to offer decent sound and great value for money. This year, they’ve released the X3 with a couple of great features as well as a big bonus. The Blueant speakers aren’t the cheapest and certainly aren’t the most expensive — options like the Sonos Move cost upwards of $600 — but land in a very happy middle ground where the volume sales are.

The X3 is a big step up from their previous offerings in features and price, at $239.95 it’s not a cheap option either but the specs go a long way to justifying that cost. The X3 has feet to stabilise the cylinder that measures roughly 230 X 100 X 100mm. On top of the speaker are play, volume up and volume down buttons. All of these serve multiple purposes: The play button will play and pause music with a single tap, answers and hangs up calls and also triggers the smart assistant on your phone. Being larger than the norm, the X3 is also pretty hefty in terms of weight. It weighs in at a touch over 1.1kg which makes it noticeably too big to carry daily, but it’s something you can easily leave in your car for regular use.

The volume up button — obviously — increases the volume for each tap, but if you long-press it will skip to the next track. Likewise, the volume down reduces the volume or goes back a track. Under a sealed cover (to ensure the device remains IP67 compliant) you’ll find some connectivity options: USB-C charging, an aux input and the pièce de résistance, a USB type A output port to use the speaker battery to charge your phone if needed. 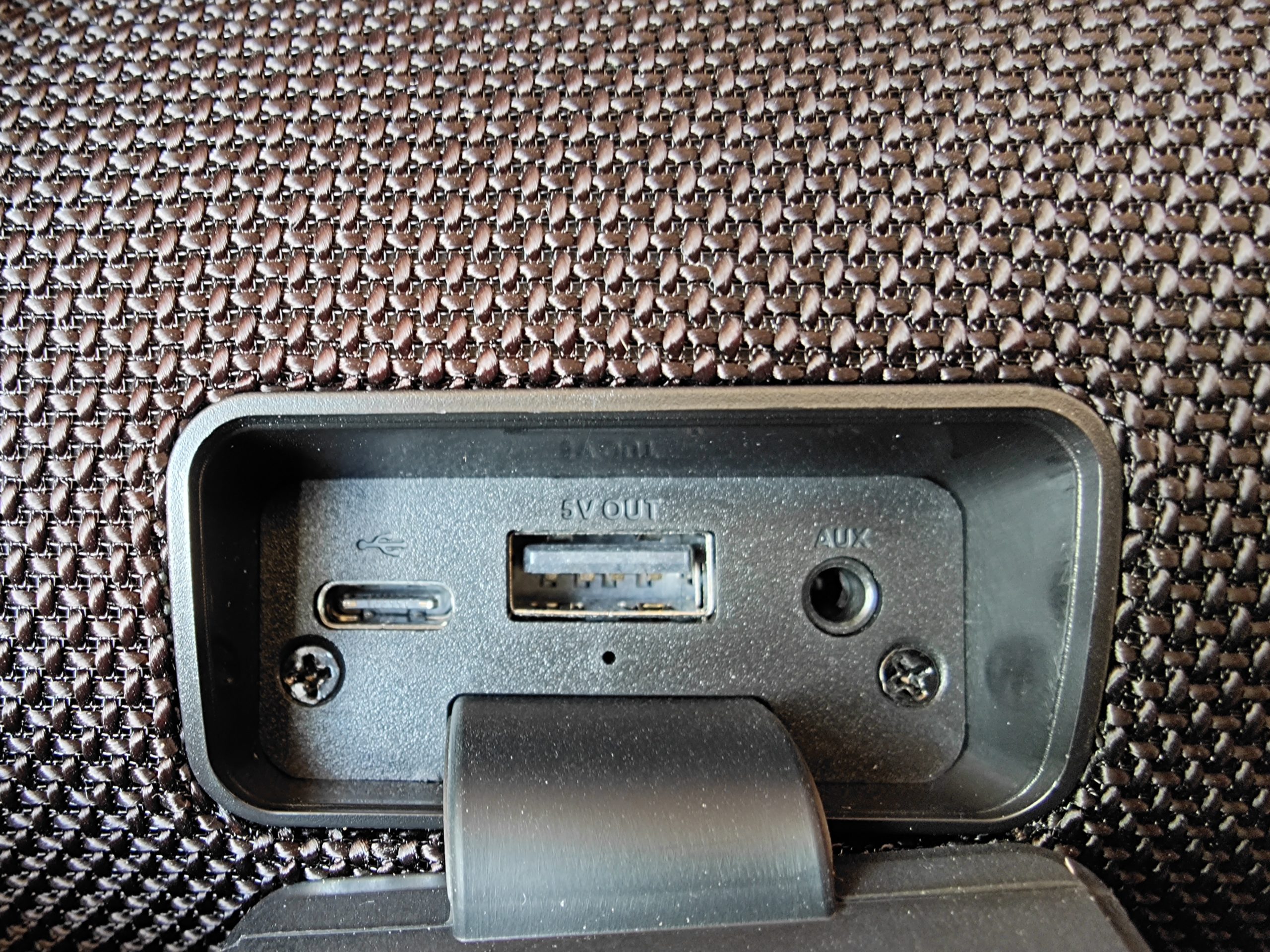 Setting up Bluetooth connectivity between devices these days is simple. So it stands to reason that it’s very easy to set up the X3. Once it’s turned on the first time, searching in Bluetooth finds the device and pairs quickly. The call handling is generally pretty good, but if you’re in a noisy environment it’s worth noting that the microphone will capture all of the noise around you for the person on the other end of the call.

Assistant integration requires a connection to a mobile device as it’s a trigger for Assistant on your device, not a stand-alone connection. That being said, the progress from last years offering is excellent, with an almost 100% successful execution of requests. I’d still like to see the “Hey Google” trigger work, but this isn’t a permanently fixed solution like the Nest Audio in your home.

For a portable Bluetooth speaker, this produces excellent sound. What’s really impressive is with the 30 watts of power, it can not just fill a room but get sound out across a playground or park area. It’s worth noting that it’s highly directional and if you’re “behind” the speaker you lose a lot of clarity and a significant amount of volume.

The sound quality and balance

Straight out of the box, I noticed that the Blueant X3 has far better than average sound quality. Even when you push it pretty hard, the audio quality is pretty clean but I did notice the bass boost button changes this balance significantly. What it seems to do, rather than actually boost the bass is to drop the gain on the vocal and higher range sounds to make it sound like there is more bass. Either way, it sounds pretty good at low volume, and OK at mid-volume. If you choose to use the bass boost and high volume, you’ll quickly notice some pretty significant distortion in the sound and a very flat mid-range sound. If you’re using this at your desk quietly, it’s great but if you’re using this outdoors a lot; I’m not sure that the bass boost actually adds much to the experience.

At $239.00, the Blueant X3 is not a cheap option but it does a lot to justify the cost if you’re going to use a portable Bluetooth speaker on a regular basis. Out of the box, it’s very quick and easy to set up and the device is IP67 compliant so can take pretty much any punishment you dish out to it. While it is physically bigger and heavier than a lot of other portable Bluetooth speakers, but that actually makes it feel solid.

Where I found the X3 to take a step above the competition is the sound; not just volume but how it maintains a high quality of sound, to fill a large (even outdoor) space without becoming harsh or distorted. If you need more sound, you can pair another X3 together to form a pair, however, we had a single review unit so weren’t able to test that feature. Adding to the quality of sound is the pretty significant battery capacity for long playback while doubling as a power bank for your other devices. So while this isn’t a cheap option in terms of portable speakers, there’s plenty of value in the offering and it’s available through the usual retail channels.