Home News and Editorial XDA made a phone? Damn right they did, and it’s got... 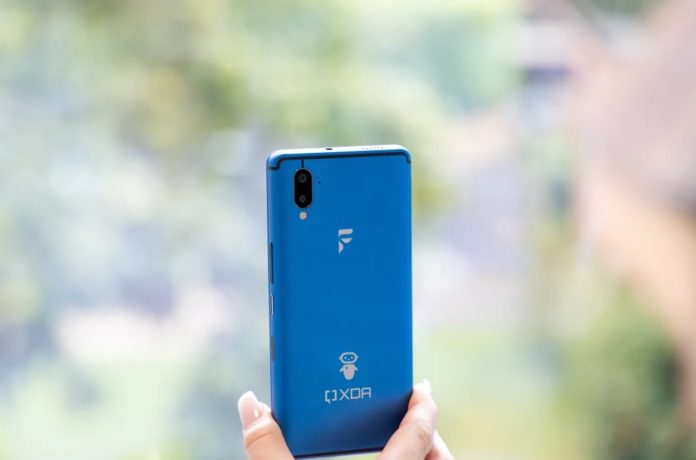 Back in the days so many of us used to use custom ROMs on our phones to enable so many features that for some reason Google did not include in the AOSP. Eventually Google included many of these “tweaks” into their Android OS but even now XDA is the place to go if you want to push you phone more than the manufacturer intends it to be pushed.

Now though, not only is XDA the place to go to get your custom ROMs but also the place to go to buy your phone — a special XDA phone designed with the help of the folks at XDA. The new phone looks like a throwback from the past, very HTC G1/Dream but this time it comes with Lineage OS (formerly known as Cyanogen OS) or Ubunutu Touch OS right out of the box.

The phone is a partnership with F(x)tec and is a refresh of their Pro1 released last year. The XDA’s Pro1-X though has been refreshed with an increase of RAM to 8GB and storage to 256GB. The rest of the specs are a bit old though with a Snapdragon 835 (circa 2017), an 8MP selfie camera and a dual rear camera module with a 12MP primary camera and a 5MP secondary lens. The notable inclusions, according to XDA, are dual SIM support, a full 66-key QWERTY keyboard, dedicated camera button, HDMI out and a “fingerprint scanner”.

Software-wise it comes with a choice of either Lineage OS 17 or Ubuntu Touch OS and offers all the features you’d normally see in a custom ROM. It will be interesting to see what they can get the fairly average camera specs to eek out but Google seem to do ok with their average camera hardware on Pixel phones.

The phone itself is priced in the mid-range with some early bird specials on Indiegogo — normally priced at US$899 you can get it cheaper with the most cheapest offers already sold out. At time of writing there is still a US$679 version available.

I’m not sure I would be a guinea pig and fork out that much money to test out the software on hardware that is well and truly outdated. If you like to tinker with the OS on your phones though and have some spare coin lying around then this may be something for you.

Yes this xda community did a great job most of the mobile firms, is updates, apps like gcamera not only gcam bunch of new things resolved.