We have not agreed with many DxOMark scores over the years with companies seemingly able to “game” the system and make sure their cameras perform well on areas that DxOMark test. Case in point, Pixel smartphones. For the average user the ability to get a great shot from a Pixel phone with a minimal of fuss is nearly second to none, but they have never been at or near the top of the DxoMark leaderboard.

This year the Google Pixel 5 has ditched the telephoto lens in favour of an ultra-wide angled lens — for some reason they can’t have both. The camera though can still produce some great imagery and it has scored better than last year’s Pixel 4 on DxOMark, but still not near the top. 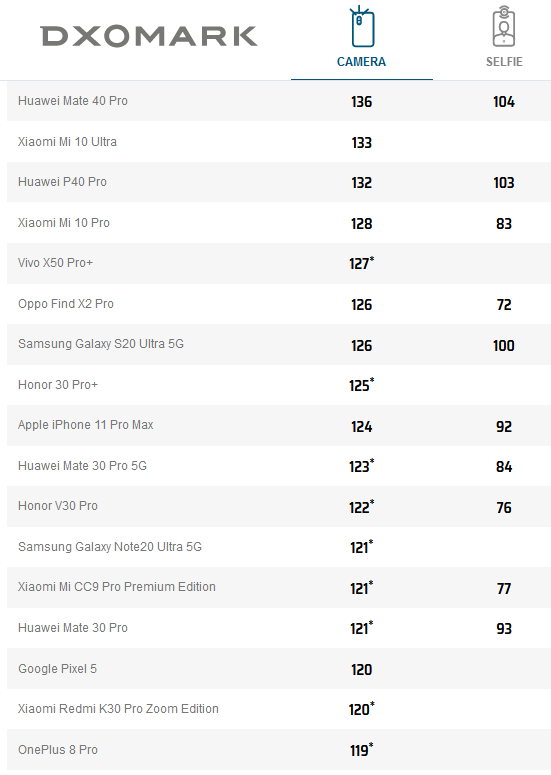 The Pixel 5’s 120 score on DxOMark places it 15th on the ladder, a still decent position. Every other phone above it is a premium range device and at sub-$1000, the Pixel 5 is punching well above its price.

Last year’s Pixel 4 scored 113 so the Pixel 5 is an improvement on last year’s camera. The breakdown of the score though tells a different story. Google’s refusal to include both a telephoto lens and an ultra-wide lens seems to be costing it in quality imaging. This year the Zoom score for the Pixel 5 was well below that of the Pixel 4 (49 compared to 55). Google tell us that they think Zoom can be better performed with software than ultrawide can which is pretty obvious but stopped short of explaining why they just didn’t include both lenses. Anything past 2X zoom and the Pixel 5 struggled and also struggled at times with bokeh when there was more than two heads in the frame. The things it does do well though is the exposure, colour reproduction and autofocus.

The video score for the Pixel 5 was quite good with its autofocus rivalling even the top of the heap Huawei Mate 40 Pro. Although it had its struggles with low light and noise the video is exceptional.

Google set the cat amongst the pigeons last year with the introduction of some amazing camera quality with the Pixel 3a and with the Pixel 5 also sub-$1000 look to be doing it again. We shot some decent pictures with the Pixel 5 when we reviewed it and look forward to testing it out more now that we are allowed more than 5km from home in Melbourne.

Whats goin on , why didnt they give the selfie a mark too ?