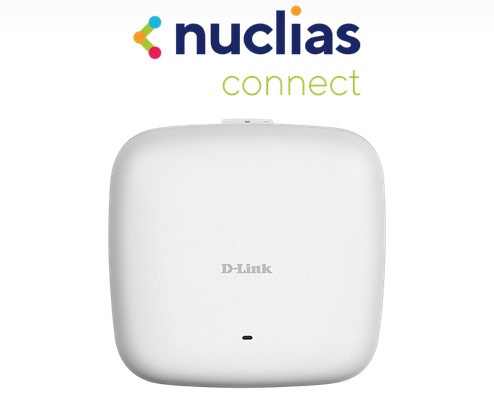 After so many years of living in Australia’s Internet backwater, I’d not really paid an awful lot of attention to how higher performance home networking had evolved and how it mattered to getting a good experience. After all, when all you’ve got is a 50mbps 4G internet connection, “good WiFi” doesn’t really matter – any WiFi router off the shelf under $100 will do the job.

However, when you finally get decent Internet speeds – as we have more recently – getting faster speeds around the house becomes significantly more of a challenge, and all the moreso if you’re pushing gigabit speeds.

We’ve covered some advice in a guide earlier this year, but there’s some key differences in how you move 100mbps internet around your home and how you do it with gigabit speeds.

While 5Ghz WiFi is nothing new – it has been around a fair while now – there’s an awful lot of people who either don’t use it, or don’t know how to optimise it. When you’re talking up to 100mbps NBN speeds, this really isn’t so important – your 2.4GHz network can quite easily move around those speeds and chances are you won’t really notice any real bottlenecks.

If you want faster speeds though, you seriously need to consider some good WiFi 5G gear, or – if you can afford it – WiFi 6 (but only if your mobile devices actually support it).

We had previously used Google WiFi around the house, and while it’s simple and easy to use – and can easily handle the 100mbps speed of most NBN connections – for faster speeds its a bit less useful. Briefly we experimented with some Mikrotik gear before finding its limitations, and we asked D-Link to try some of their higher performance access points to see if it made a difference.

For the last month or so, we’ve been trying out D-Link Wireless AC1750 Wave 2 Concurrent Dual-Band PoE Access Point,or DAP-2680 for short. Promising speeds up to 1720Mbps, these are easily a match for our gigabit-capable Fibre NBN and we wanted to see how they performed in the real world.

We’ve installed two – one upstairs near our offices/bedroom, and one downstairs in the kids rumpus area – and these provide near full coverage of our house. We have made one exception, enabling a small WiFi point in our comms cupboard to serve our solar inverter and main WiFi energy meter (as these are outside a brick wall and don’t reach the indoor APs very well).

The APs themselves are very inconspicuous – little white boxes that screw easily into the ceiling and connect with our POE networks (yes, you’ll need one of those, or to install one). With little more than a green LED to show that they’re powered on, you really can just about completely ignore them. If you don’t like having boxes in your hallway, you can easily sit them in the roof (WiFi signals penetrate gyprock / plasterboard with ease) and never have to look at them. While there are multiple operation modes (typical AP setup, WDS, WDS with AP mode, and Client Mode) you’ll probably just want to use these as an access point. To that end, you’ll still want a router and to connect these using Cat 6 to your router – preferably with POE injection, too.

In our case, we’ve got a MikroTik RB4011 core router, and it serves these two APs, wired connections around the house, and a variety of gear in our comms room. We selected this, rather than some of the cheaper MikroTik gear, because of its more powerful CPU so it can achieve gigabit speeds with QoS and network filtering .. important when you’re trying to prioritise traffic for work over streaming content, for example.

One of the main features we wanted was a separate WiFi network that our guests could join; it gives them internet access while they’re here, but keeps them segregated from our internal networks (and PCs, smart home gear, etc) so there’s no funny business.

This is easily implemented with the D-Link Nuclias system – simply set up a second SSID with a different name/password, assign it to a different VLAN (in our case, 10), and make sure your router is set up to treat VLAN10 differently (e.g. separate IP range, firewall from your normal IP range, etc). This is a bit of an advanced topic, but there’s easy guides to follow online… your imagination is the limit.

So, enough techno jibber jabber … how do they work?

Well, we have a NBN 400 / 50 connection from Launtel and we can achieve full speed from that connection virtually anywhere in the house, whether it’s on a wired point in my office, or on 5Ghz wireless anywhere around the house. It doesn’t work so well outside the house – 5Ghz signals don’t propagate so well – but anywhere indoors we’ve got consistently good coverage and speed anywhere that we spend time, be it in the offices, lounge / rumps areas, bedrooms, and even out on the deck.

So impressed have I been that I’ve walked around the house running speedtests in various rooms, and I am no longer surprised to find that D-Link’s DAP-2680s deliver the full speed from my NBN connection anywhere, including on the loo! Even now, sitting at my desk writing this, I’m getting full 431 / 47mbps speeds .. and truthfully, I don’t even know how I’d use all that speed on my mobile. But there it is.

The lesson for me has been an interesting one; while anyone can buy a cheap router off the shelf that has WiFi built in, or a Google WiFi (or other Mesh WiFi system) and set that up, just doing so won’t guarantee good network performance, especially if you need to move fast data around your house and you can’t put your WiFi centrally.

Indeed, our home network has required investment, careful planning and a few goes at moving things around and replacing components here and there to get the best performance possible. Now that we’ve done it, though, the results speak for themselves.

What if you want to do this at your place? Here’s some key steps to follow:

If you want to do this yourself, I can’t recommend D-Link’s DAP-2680 highly enough. While the administration interface is a little unfriendly for the average home user, if you don’t mind tinkering with home networking setting this up really isn’t that difficult; the instructions in the box are sufficient, and I was able to get these set up – and working the way I wanted – within a couple of hours (there was a bit of trial and error with some of the settings).

There is, for network geeks, a mobile app you can use to keep an eye on your D-Link Nuclias network too … but quite honestly, you’re never going to use it. There’s just no need; the web interface is much more powerful and for setting up the devices you’re going to want to use it (even though, technically, you can use the app).

Hot hint – if you don’t want iPhones to display security warnings all over the place, make sure you use AES encryption. TKIP isn’t as good, but it’s the default for some reason.

D-Link’s DAP-2680 cost $399 each, and while they’re not a small investment, you’ll enjoy the performance and peace of mind long after you’ve forgotten about the purchase price. You can find them in a range of retailers and resellers, but you can just buy them online and get them shipped direct to your place, too.

The next step for me? Trying their performance with a full gigabit NBN service. With real-world speeds up to 1300mbps, I expect they’d reach full speed there, too. Maybe a project for the weekend!

Using the orbi system atm. Only need one satellite and it covers my house, 2 story and smallish backyard. Rather averse to dlink after bad experiences

Don’t do it. You will regret using D-Link just buy UniFi they are rock solid and have great coverage and long term security and software updates.

We will be extensively renovating an old house next year and these were already on the list. Definitely there now!