Normally when it comes to the end of a year, I enjoy looking back at what’s happened and the goodies we got to take a look at. This year, as a general rule, I suspect I’m not alone in just wanting to look forward to what’s ahead of us. But it’s still worth taking a look at the new tech toys that dropped in the market: The good, the bad and the disappointing!

Again this year, we’ve seen some great phones come to market both evolutionary development and — with folding phones coming of age — revolutionary design. There remains to be a slow, but steady market for tablets and plenty of geeky gadgets too.

This was a really difficult decision for me because there have been some excellent phones released. In the end, the two I chose may well surprise you after Ausdroid reviewing the likes of the: Which are all very good phones in their own right, I came to the decision that the Oppo Find X2 Pro was my pick for the year. Scott’s review outlines so many good points about the device, with the biggest detractor I can find — there’s one in my pocket right now — is the lack of wireless charging.

There really isn’t a lot to choose from here and, as usual, Samsung leads the way in the Android space. While the range of devices — clearly taking aim at the iPad Pro range — offers some exceptional specs and performance, it’s far beyond the needs of most users. It’s for that reason and the affordability that the Tab S6 Lite gets the nod from me for the tablet of the year. 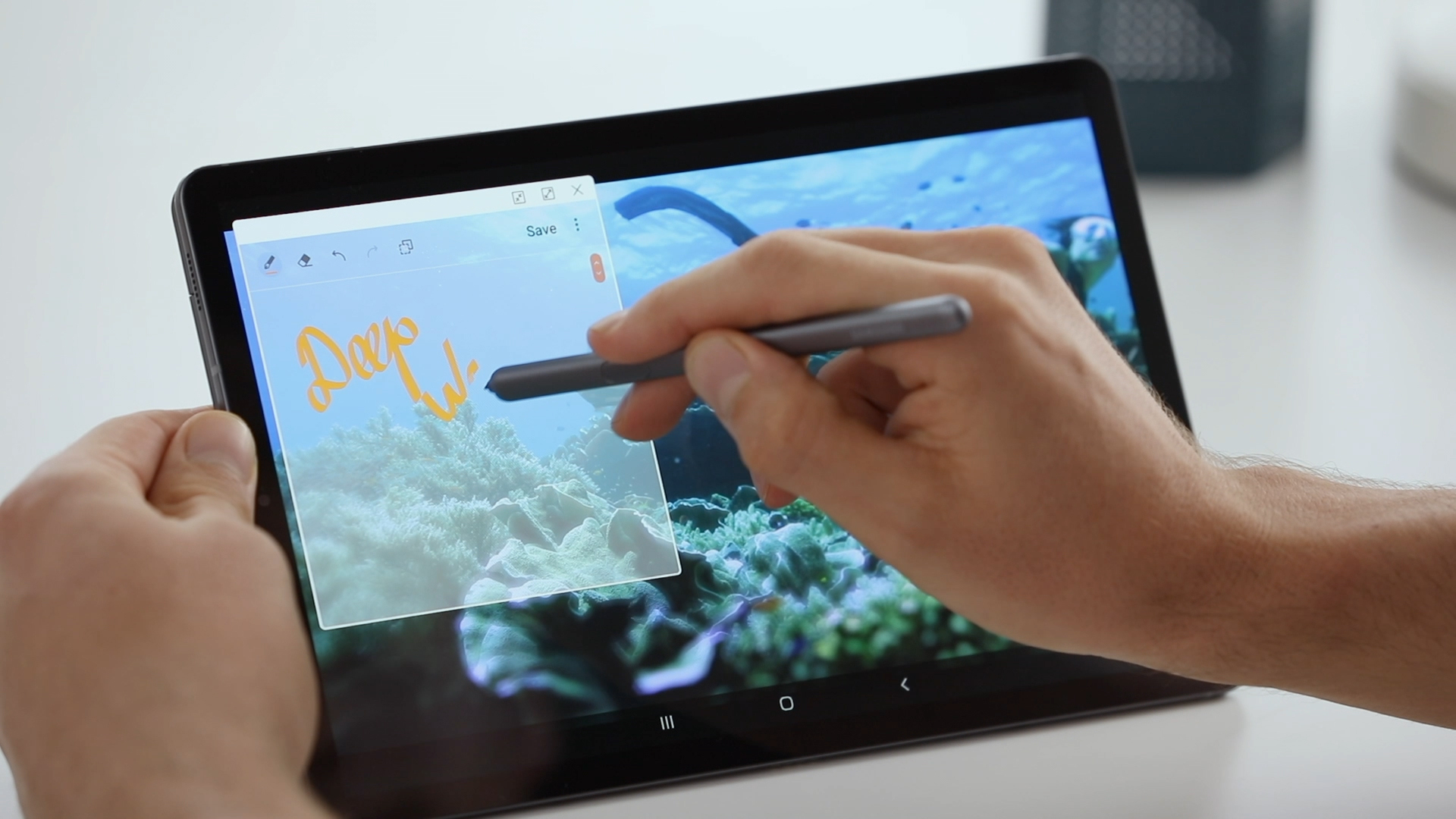 While we haven’t officially done a review at Ausdroid, I’ve (through a friend who purchased one) spent a bit of time with the device and it’s a solid buy. The build is excellent, the screen is true to Samsung form and the performance is everything you’d expect it to be.

With the front-running or “flagship” device costs continuing to go steadily upwards, there has been a noticeable increase in the sales of mid-range devices. Making the mid-range with great specs a new, hotly contested battleground for device manufacturers.

The problem, here again, is there have been some outstanding entries into the space. So I really struggled to identify one that was the outright winner in my eyes. Ultimately though, I struggled so badly to find one that I decided to call it a draw between the Pixel 4a and the Samsung Galaxy S20 FE.

Both have a lot going for them in terms of the specs, features and general functions. Both are in the mid-range of costs (possibly with the S20FE edging towards the upper end) and offer users an experience akin to 12 – 18 month old flagship devices making them very acceptable mid-range buys.

While the protocol isn’t really a 2020 innovation, Wi-Fi 6 is bigger than most people know and has become far more mainstream this year. Users who are adopting hardware capable of Wi-Fi 6 communication, particularly core routing are seeing significant improvements in their connectivity.

Orthogonal frequency-division multiple access (OFDMA) has a significant improvement over OFDM, as the AP can now communicate with multiple devices at the same time and at higher speeds. This is achieved by dividing the Wi-Fi channels into sub-channels and segments of that called Resource Units (RUs). These can be delivered simultaneously to different devices, rather than the one device at a time inefficiency that was present in previous iterations of Wi-Fi. This is always an interesting space because to go seriously budget, you need to make some sacrifices in terms of specs and features. So the question becomes, how far do you push it?

The Alcatel 3L hit the marks needed for me this year. It’s ridiculously cheap but still manages to be a reasonably well-performing device that has an acceptable screen, decent camera and pretty good battery life. Clearly, at sub $200.00 this isn’t a phone for someone who wants a beast of a phone with bleeding-edge technology and uncompromising performance. It’s a phone for the technophobic family member, someone who needs a new phone but doesn’t want to spend a grand or even someone moving to their first smartphone.

This is an evolving space and will continue to be for some time, with battery life, noise-cancelling and the in, on or over-ear discussion continuing to divide users. Personally, I prefer over-ear but still — with consideration to physical size and weight usually the primary driver — have in-ear options I use. In 2020, there have been some outstanding additions to the field in all areas.

If you’re looking at an over-ear with outstanding noise-cancelling then you’ll struggle to find a better option than the Sony WH-1000XM4. They’re not cheap though and they’ll set you back about $400 depending on sales at the time you purchase. If you have a preference for in-ear listening, then I am honestly blown away by the capability of the Huawei FreeBuds Pro. They’re comfortable, functional, have good (not brilliant) battery life and the audio output is impressive. This one is easy, hands down the Nest Audio is the winner here. FINALLY, Google realised that users are doing a lot of listening to their speakers and want a good speaker with Assistant built-in; not an Assistant device with a somewhat acceptable speaker attached. It brings a consolidated look for the Nest name, a really nice listening experience and touch controls that are easy to navigate. This is a big winner and well-deserving of being recognised again for 2020.

The first thing I wanted to re-visit is one aimed at protecting your precious data. If you’re not worried about your critical accounts and their security in the current, connected age then you’re either very good with security or not paying attention. The Yubikey 5C NFC helps to protect you and the name says it all, it’s a security key with USB C and NFC built-in. The second is beast of a laptop, the Huawei Matebook X Pro. This thing really is the best laptop I’ve used in a very long time. It ticks every single box, great screen, awesome battery life, face-melting performance, gaming capable and plenty of connectivity. The issue for many people is the bank draining price tag, $3,299.00 for this thing. While it did come close but didn’t really figure in the best phone realm, I really liked what I saw from the OnePlus 8 Pro this year. The continued development of their devices, ensuring that they’re delivering a consistently great user experience while meeting a reasonable price point really sets OnePlus apart from the pack. If they ever come to Australia in an official capacity, I for one will be thrilled. The D-Link COVR-1102 hits such a sweet spot between the top of the line tech, functionality for everyday use and a price point that’s affordable to everyone. As an easy mesh system and capable of adding further nodes as your needs and footprint grows, it’s such a good investment right now. The only detractor is the fact it’s not Wi-Fi 6 meaning you’ll probably need a new setup in the coming 5 years or so if you’ve got a lot of IoT or smart tech in your home. Close but no cigar…

There’s been a couple of interesting potential entries here, decent phones with spud cams and hardware that never needed to be. What really springs to mind though is the Motorola Razr flip phone for a number of reasons. It broke after — grand scheme — very few times being opened, in fairness the test was brutal and didn’t really reflect real-world use. The screen was somewhat fragile, so much so that they essentially did a two for one phone sale for when you break the first one. I really wanted this to be good, I wanted it to succeed but by all reports — given many outlets never saw reviews — it’s just not what it could have been. There is so much potential here. I’m very hopeful that another iteration with current, high-end specs and a more robust screen will make the next Razr what so many of us wanted it to be this time.

There’s been plenty to hate about 2020, let’s be honest… Victoria was locked down for months, NSW is staring down the barrel of restricted movement across the Christmas period thanks to the Avalon cluster. In the tech world though, plenty to like and look forward to seeing the next evolution of.

Folding phones have come of age to a point where they’re now functional for daily use. Samsung delivered another Galaxy S range of devices and perhaps their last Note devices. Technology is progressing at a huge rate, making it more affordable for everyday users now if only WearOS would be what we all want it to in 2021.

As I close this article out, I’d like to wish all of the Ausdroid community a happy and safe Christmas however you choose to celebrate it. Enjoy the break with your families and friends and let’s hope for a more “normal” (whatever that is now?) year in 2021.