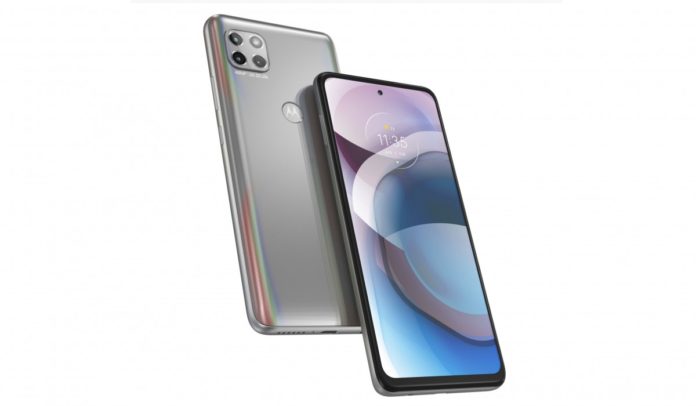 Look, we don’t usually expect to see an awful lot in terms of mobile news coming out of CES; typically, those announcements come later in the year. However, Moto has leapt early this year, and announced a refresh for the entire Moto G line.

Alongside a revitalised Moto G line, the company has announced the new Moto One 5G Ace, bringing 5G (and a range of new phones) for under $500.

Moto’s brought back the Moto G Play, too, which will come in at a pleasant $220-ish according to reports. It’s a fairly entry-level smartphone, but even still it brings a 6.5-inch display at HD resolution, a modest Qualcomm Snapdragon 460 processor, 3GB RAM, 32GB on board storage and a big 5,000 mAh battery. This thing will last for days.

As with previous Moto phones, the fingerprint sensor makes a return on the rear, and while it looks like there’s two cameras, there’s actually only one – the second sensor is for a low-res 2MP depth sensor which aids for portrait shots. Both feature a more powerful Snapdragon 662 processor, 6.6-inch HD display, three rear cameras (well, two, unless you include the 2MP depth camera) including a 48MP main shooter and a 2MP macro camera. While that main camera looks OK, the 2MP macro camera really isn’t .. all that amazing.

Sitting atop the standard Moto G range will be the Moto G Stylus, coming to Australia for around the $399 mark. Pitched as a more affordable Samsung Galaxy Note, it comes with a stylus, though it’s not quite as fancy as Samsung’s.

Still, you get a 6.8-inch Full HD+ display, a faster Snapdragon 678 processor, 4GB RAM and 128GB storage as standard. These are let down, slightly, by a 4,000 mAh battery which could be a little bigger, but you win some and lose others.

Speaking of wins, you do get three actual cameras here – a 48MP main camera, 8MP ultra-wide camera and 2MP macro cam as well as a depth sensor for portraits too. As with the Moto G Power, the fingerprint sensor moves off the rear for a sidemounted arrangement just below the power button on the right hand side.

Last but not least, the Moto One 5G Ace will be coming to Australia for around $599, supporting our current 5G networks with Sub-6GHz compatibility. Inside, you’ll find a nice fast Snapdragon 750G processor, 4GB RAM, 64GB storage, and 5,000 mAh battery. There is a slightly beefed up variant with 6GB RAM and 128GB storage, but it’s unclear which will be ranged here at which price.

On the front, there’s a 6.7-inch display at FullHD+ and 16MP selfie camera (in a cut-out style, rather than a notch).

It looks like Moto’s really taking aim at the budget and mid-range markets here, with solid, good looking and well equipped offerings between $200 and $600.

There’s things that will be popular with users too – the 3.5mm headphone jack across the range is a big one for those with legacy headphones, as well as Moto’s penchant for fairly minimal changes to the Android OS.

There’s one big caveat for the connected user though; while the Moto One 5G Ace comes with NFC support, the lesser Moto G range does not. Perhaps unsurprising for lower-cost handsets, but it’s still something that so many people need, want and use daily .. leaving it out feels like a misstep.

Stay tuned for local pricing once we hear back from Moto in Australia; these announcements are – naturally – fresh out of the US.

The Ace is the winner here for me, mostly because of the NFC *and* it has the 5000 battery

The Moto G Stylus is looking like a good possible replacement/update for my Nokia 6.1
If the Moto stylus is as capable as the classic Samsung S Pen from 2017 and earlier, then Samsung should be worried.

The Motorola G line used to actually be good.

Very disappointing because I want to support them but I won’t until they make some changes. Same as Nokia.

The lower two models I’d probably give a miss.